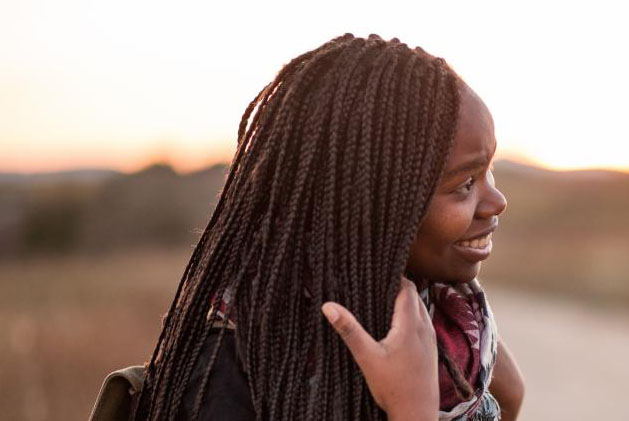 PEOPLE are genetically similar to each other regardless of racial differences.

We are one specie and the difference we see among us make up no more than two percent difference in our deoxyribonucleic acid (DNA).

However, genetic similarities do not imply similarities in character and the way we interact or react to the environment.

For example, even people of the same family have different allergies and metabolism rates.

However, there have been some scientific findings in numerous fields of research that suggest race greatly determines the way people interact with the environment much more than genes.

For example, blacks tend to have more lactose intolerance than whites and other races.

Blacks have also been found to have denser blood than whites. Their haemoglobin has increased oxygen supply which reduces lactic acid and carbon dioxide build up.

Blacks are more resistant to the sun’s ultra violet rays and more absorbent of light than whites and other races owing to the presence of eumelanin in their skin, eyes and hair.

The hair of blacks fends off direct heat to the scalp because of the flat follicles that cause African hair to curl.

This amounts to dreadlocks, afros and other forms of layered hair.

For black hair to assume the straightness of Asian or European hair, it has to be burnt by sodium peroxide.

Blacks breath better than other groups because of their large and clear nostrils.

This is owed to Africa’s warm climate and in places like Australia which are similarly hot but have less rainfall, we find blacks with even larger nostrils.

Whites have narrower nostrils which have much more hair.

This is because they come from cold lands and they ought not take in as much cold air as blacks in Africa lest their lungs succumb to freezing.

Thus we find blacks struggling with pneumonia in the north-west, at a proportionately higher rate than whites.

Whites also have much more androgenic (body) hair than blacks.

This is also owed to cold climate and also lack of eumelanin.

Blacks absorb light and heat efficiently because of their high pigmentation.

They do not need much androgenic hair as a result.

On the contrary, whites reflect them and thus they need body hair for insulation.

This makes them better athletes along with their morphology which typically comprises a short trunk and long limbs.

Many of these phenotypical traits have been discussed in my past articles.

This time around, we shall be focusing on a less known feat among people of different races.

That is the difference in metabolism among races.

As mentioned earlier, these factors vary among individuals, but through objective scrutinising, scientists have found consistencies among people of certain races that have led them to accept that race has an effect on how people metabolise food and drugs.

Before we get into it, it is important to note that it is often blacks who are associated with illicit drugs, even in nations like the US where they are not even a majority group.

Drug epidemics have haunted numerous black communities. Many of them were caused by whites who would fill black ghettos with hard drugs like heroine, crack, cocaine and crystal meth.

This peaked in the 1970s when inner city American blacks received large amounts of drugs from places like Vietnam.

By the 1980s, black children called ‘crack babies’ were being born by parents who were addicts.

They would come out sick and addicted to drugs, particularly crack cocaine and would need a fix to normalise.

But why are blacks so drawn to these narcotics?

If it was purely because they sought to raise their dopamine levels, the attraction towards these drugs would not be justifiably increased by the simple fact that the individuals are black.

Which brings us to the issue of metabolism.

Metabolism means the chemical and physical processes by which a living organism uses food for energy and growth.

There is an enzyme called CYP2D6 which is expressed in the liver.

It is highly polymorphic and thus its ability to transform food and drugs varies depending on the individuals metaboliser phenotype.

Most people have what is called extensive metaboliser phenotype which is regarded as normal metabolism activity.

There is also the poor metaboliser phenotype which is found in over seven-to-10 percent of Caucasians.

In Asians, the poor metaboliser phenotype is at two percent and in Arabs, one percent.

There is also the ultra rapid metaboliser phenotype.

This is found in 20-to-30 percent of Africans and Middle-Eastern people of African descent.

As it pertains to drugs, when people of different races take them, the level of enzymatic activity varies according to the type of metaboliser phenotype the individual has.

This means if we put a black African, white European, yellow Asian and brown Middle-Easterner together and administer the same dose of drugs, chances are that the African will be more intoxicated than the rest of the races and the European least affected.

The blacks break down the drugs efficiently and feel the full effects.

If it is enjoyable, the joy manifests most in the blacks.

This explains why blacks seem so much more drawn to psychoactive drugs after they get exposed to them.

To make this notion clear, let us take codeine as an example. Codeine is being abused by many Zimbabwean youths largely as result of American black pop cultural influence.

For example, the likes of Lil Wayne who promote the drinking of codeine through cough syrup.

Blacks will be surprised to find out that this drug works almost exclusively on them and not so efficiently with other races.

Codeine is a prodrug and needs to be broken down in the liver to produce morphine, which then acts as a hallucigenic and analgesic (painkiller).

Otherwise, codeine has no clear effect if the user has a poor metaboliser phenotype and fails to turn it into morphine.

Codeine is thus considered ineffective by most whites and its use irrational.

Yet most blacks who have a ultra rapid metaboliser phenotype of CYP2D6 find codeine’s efficacy high.

Thus its illicit use is rampant in Africa and the West, exclusively among blacks.

The only psychoactive substance besides tobacco and alcohol that blacks have historically sought is cannabis or marijuana.

Yet black communities are filled with hard exotic drugs that they do not grow, process nor import.

Cannabis which has been acknowledged as medicine in the West and has been reduced from a hard to a soft drug in China is the reason many blacks are incarcerated in the US, yet it does not have the addictive and harmful properties that cocaine, opiates, tobacco and alcohol have on human beings.

Cannabis is regarded soft, but blacks probably harness more benefits from it than other races because of their natural ability to metabolise ingestible matter effectively.

Thus their age-old proclivity to the natural herb which they continue to use regardless of its ‘prohibition’.

In body-building, when blacks are provided with equal food, training and work out equipment as other races, they often grow stronger and bigger at a faster rate than their counterparts.

This is also owed to effective metabolism besides their predominantly mesomorph genetics.

Indeed, blacks are a unique race!