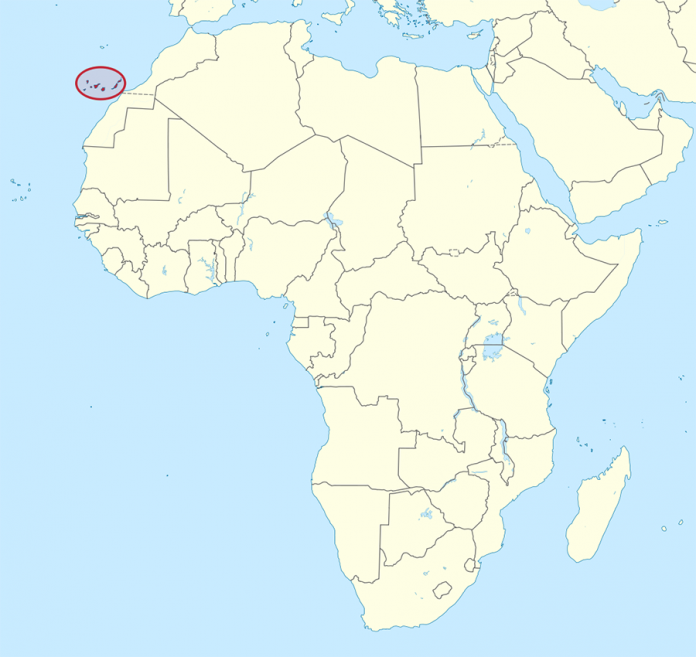 DURING last month’s 56th Anniversary celebrations, the African Union (AU), formerly the Organisation of African Unity (OAU), looks back with a sense of justifiable pride at the decolonisation role it played right up to the achievement of independence of Namibia in 1990.

It looks with no less plausible pride and practical satisfaction at the historic part it gallantly played to bring about the death of South Africa’s apartheid regime and its inhuman policies and practices.

It is more or less entirely in the hands of the Africans from Cape Agulhas on its southernmost tip on the Atlantic Ocean coast to Cape Bon on the Mediterranean Sea in the north, and from Cape Verde on its bulge in the west to Cape Gardafui on its horn, on the wrongly named Indian Ocean, in the east.

The African continent, its various island nations and archipelagoes have now all been liberated and ruled by people whose origins are African and not foreign.

There is, however, one big thing that is still outstanding and that is to bring all the 54 independent African nations together as one nation, a passionate wish of some of the OAU founders.

That was the ultimate wish of great African leaders and thinkers such as Kwame Nkrumah of Ghana, Ahmed Sekou Toure of Guinea, Modibo Keita of Mali, Patrice Lumumba of the Congo, Colonel Gamal Abdel Nasser of Egypt, Algeria’s Ben Bella, and Libya’s Muammar Gaddafi, to whom African unity was a passion.

Those were pan-Africanists to the core and publicly declared that they were respectively Africans first and foremost, and Ghanaian, Guinean, Malian, Congolese, Egyptian, Algerian and Libyan second.

It was their ardent prayer that all the independent African countries form a union more or less on the same constitutional foundation as the US.

That could have obliged the various nationals to be identified as Africans rather than by the names of their respective countries, a characteristic that actually reflects micro rather than macro-nationalism, and is of colonial origin.

Pan-Africanism expresses and represents macro-nationalism as opposed to current names of African states that were given to geographical territories some of which were created by European colonialists on the basis of a resolution they had made at their 1884-85 Berlin Conference.

Present names of each country could be maintained in an African union of which they would be components.

An Australian-type of federal union would most likely be the most suitable for Africa.

Other people (political scientists, social and cultural anthropologists) may strongly argue the Canadian-type would be much better because Africa is multicultural and has a wide variety of political historical background: Anglophone, Francophone, and Hispanic (Lusophonic) Arabo – Islamic, quasi Judeo – traditional (Ethiopia) Judeo – Christian and Bantu traditional types of political processes.

It is quite encouraging that some AU nations have formed an African Continental Free Trade Area (AfCFTA), an appropriate first step towards the political unification of the continent.

It is always advisable in international co-operation to start with the promotion of economic aspects such as inter-state trade.

When the Southern African Development Community (SADC) was launched, it worked with the ADB on a regional (SADC) economic project that did massive research and produced reports on various actual and potential industrial communication, energy and trade integration.

African continental political unity should be based on economic co-operation among AU member-states in the same way the European Union (EU) was preceded by the European Economic Community (EEC).

Most African states are richly endowed with mineral resources by the use of which the continent can be industrialised.

What the AU countries do not have is technological know-how to extract those resources from the ground or from rocks or from the seas or lakes.

They also lack the expertise with which to add value to extracted minerals, nor do they have access to capital with which to import the required modern equipment from Europe, America, Asia or Australasia.

It may be well — nigh impossible for many small African states to raise large enough sums of money to buy some modern industrial equipment, but if they united and integrated their respective economies, they can have the capacity to raise loans, especially as a united continent.

Africa’s meaningful industrialisation lies in continental political unity, rather than in the micro-states that were originally demarcated by Europe’s former colonial powers.

The continent’s strengths are in its unity and its weaknesses are in its continued divided condition.

How to unite the continent is a very emotional and controversial question.

In 1964, an OAU Heads of State Summit in Cairo discussed this issue and two approaches were proposed.

One was to abandon the colonial boundaries, bringing national institutions such as parliaments under one roof with the MPs representing their original constituencies, and some ministries such as those of justice temporarily under state administration while inevitable realignment of laws is being made; the other was for regional integration, leading later to continental union.

Kwameh Nkrumah, Sekou Toure and Modipo Keita were for the first approach, and Tanzania’s Julius Nyerere was for the second. A very heated debate ensued but no consensus of opinion was reached.

Ghana (Nkrumah), Guinea (Sekou Toure) and Mali’s Modibo Keita later publicly announced that they had united their three countries. That was followed by an English song titled “Ghana, Guinea, Mali; the nucleus of African Unity!”

In English-speaking countries, the song was liked by secondary school students and tertiary institutions. Politically conscious people danced nights away in celebration of that development.

However, no sooner was that unity announced than military coups pushed first Nkrumah and soon after Modipo Keita from office.

The military officials who seized power were like Dr Hastings Kamuzu Banda of Malawi, who was an irreversible micro-nationalist.

Gaddafi for his part effectively came into active African continental politics in the mid-1970s, having seized power from Libya’s last king only in September 1969.

His rather unorthodox politico-diplomatic approach to achieve African unity alienated his government, if not country, from neighbouring states such as Egypt and Chad.

Some West African states cut diplomatic relations with his country.

For example, Libya got actively involved in the Chadian internal uprising led by the Front for the National Liberation of Chad (FROLINAT) headed initially by the traditional ruler of the Toubous of the Tibesti Mountains.

After Libya was involved is several FROLINAT’s internal feuds and clashes, Gaddafi announced that Libya and Chad had agreed to become one state.

That announcement was strongly criticised by a number of West African countries, especially during the first four months of 1979.

The proclaimed Chad-Libya Unity failed to stand the test of time.

That was followed in 1980 by another unity attempt between Libya and Egypt, publicly announced by Gaddafi yet again. Egypt’s President Anwar Sadat, however, denied Gaddafi’s unity proclamation.

Much tension was generated by that development and was worsened by two other factors: Libyan Government’s strong condemnation of Sadat’s conciliatory diplomatic moves towards Israel, and, second, Libya’s adoption of what Gaddafi termed, ‘the People Bureaux’, a new name for Libyan diplomatic missions (offices).

The harm to Gaddafi’s wish to promote African unity could not be reversed in spite of the fact that Libya played a sterling anti-colonial role by aiding liberation movements in Africa.

Saul Gwakuba-Ndlovu is a retired, Bulawayo-based journalist. He can be contacted on cell 0734 328 136 or through email, sgwakuba@gmail.com