Home Old_Posts ‘Unity must be upheld at all times’: Khaya Moyo 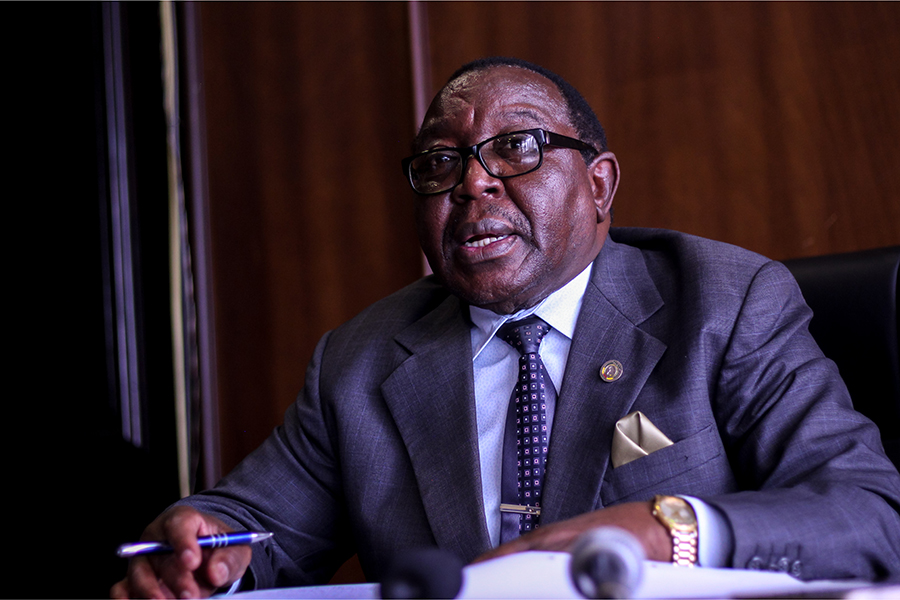 THE Unity Accord, signed on December 22 1987 by the late Cde Joshua Nkomo, leader of the Patriotic Front ZAPU and Cde Robert Mugabe, representing ZANU PF, was one of the major political milestones in Zimbabwe’s history since independence in 1980.

The agreement ushered in peace following a spate of violence in Matabeleland provinces and part of the Midlands and Mashonaland.

This year’s edition marks 31 years after the signing of the historic settlement.

“It is therefore incumbent upon all of us to celebrate Unity Day by reflecting and stock-taking our actions.

The Unity Accord must be the heartbeat of our body politic,” said Ambassador Khaya Moyo.

The unity between the two parties PF ZAPU and ZANU PF dates back to the liberation struggle when both the revolutionary parties fought for independence.

In 1976 the two parties engaged Britain at conferences in Geneva, Malta and, finally, at the Lancaster House Conference in 1979.

The Unity Accord remains one of the major milestones in the socio-political history of Zimbabwe.

Today, three decades after the historic settlement, Zimbabwe continues to enjoy peace which has eluded some countries that are being torn apart by civil strife.

After extensive and intensive negotiations, the two principals agreed to form one party, ZANU PF.

The Unity Accord became the basis of the prevailing unity across the country.

“When we attained independence in 1980, the two parties formed a Unity Government. It became desirable that the two parties engage in extensive and intensive negotiations to form one party. These exchanges resulted in the signing of the Unity Accord of December 22 1987 by the two principals leading to formation of a united ZANU PF,” said Ambassador Khaya Moyo.

“In fact, this agreement formed the basis of the unity of our people across the country and must be respected and defended at all costs. Efforts to derail it must be discouraged.

“The letter and spirit of the accord must be upheld at all times. The Unity Accord has no provision for factionalism,” he said.

However, some NGOs are trying to reopen old wounds among the people of Matabeleland while making unrealistic claims of how many people died during the disturbances, among other things.

Opposition political parties and Western nations seeking regime change in the country have hijacked the disturbances mantra to use them to put a wedge between the Shona and Ndebele people.

Preamble to the agreement:

“Conscious of the historical links between ZANU PF and PF ZAPU in the struggle for national independence and democracy through the strategy of the armed struggle and their alliance under the banner of the Patriotic Front;

Cognisant of the fact that the two Parties jointly command the support of the overwhelming majority of the people of Zimbabwe as evidenced by the General Election results of 1980 and 1985 respectively;

Notwithstanding that Zanu PF commands a greater percentage of the said overwhelming majority of the people of Zimbabwe;

Desirous to unite our nation; establish peace, law and order and to guarantee social and economic development and political stability;

Determined to eliminate and end the insecurity and violence caused by dissidents in Matabeleland;

Convinced that national unity, political stability, peace, law and order, social and economic development can only be achieved to their fullest under conditions of peace and the unity primarily of ZANU PF and PF ZAPU;

Consequent upon these meetings and paying due regard to all the principal issues raised thereat, we have agreed as follows:”

“1. That ZANU and PF ZAPU have irrevocably committed themselves to unite under one political Party;

2. That the unity of the two political Parties shall be achieved under the name Zimbabwe African National Union (Patriotic Front) in short ZANU PF;

3. That Cde Robert Gabriel Mugabe shall be the First Secretary and President of ZANU PF;

4. That ZANU PF shall have two Second Secretaries and Vice-Presidents who shall be appointed by the First Secretary and President of the Party;

5. That ZANU PF shall seek to establish a socialist society in Zimbabwe on the guidance of Marxist-Leninist principles;

6. That ZANU PF shall seek to establish a One-Party State in Zimbabwe;

7. That the leadership of ZANU PF shall abide by the Leadership Code;

8. That the existing structures of ZANU PF and PF ZAPU shall be merged in accordance with the letter and spirit of this Agreement;

9. That both parties shall, in the interim, take immediate vigorous steps to eliminate and end the insecurity and violence prevalent in Matabeleland.

10. That ZANU PF and PF ZAPU shall convene their respective Congresses to give effect to this agreement within the shortest possible time;

11. That, in the interim, Cde Robert Gabriel Mugabe is vested with full powers to prepare for the implementation of this Agreement and to act in the name and authority of ZANU PF.”