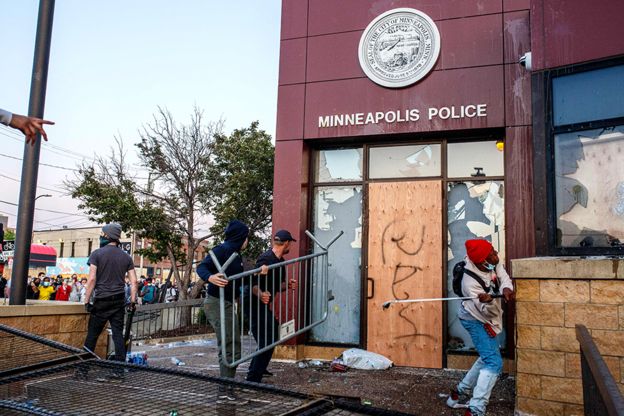 THERE was nothing unusual about the remarks by US President Donald Trump’s National Security Advisor Robert O’Brien that countries such as Zimbabwe, China and Russia are foreign adversaries ‘using’ the George Floyd’s protests to ‘interfere’ in that country’s internal affairs except that they were, without doubt, a taste of the bitterness of Uncle Sam’s medicine.

Since the turn of the millennium, the US has been haranguing Zimbabwe; imposing economic sanctions, using NGOs and well-paid activists to push for regime change as well as funding the opposition to destabilise the country.

Despite those efforts failing to achieve the desired results, the US has not relented, with their envoys sometimes acting as opposition leaders as they seek to effect regime change through illegal means in Harare.

O’Brien’s statements, this Sunday, were confirmation that, in Zimbabwe, the US sees an enemy they would stop at nothing in ‘dealing with’.

So ‘angry’ was the US that it did not hesitate to issue thinly veiled threats against Zimbabwe and other ‘foreign adversaries’.

Zimbabwe was threatened with a ‘proportional response’ for allegedly mobilising and encouraging Americans to demonstrate. The US has been facing dreadful instability in recent times following the gruesome murder of George Floyd, an African-American, by a white policeman Derek Chauvin, outside a shop in Minneapolis, Minnesota.

Ironically, on that fateful day, the African continent was celebrating Africa Day and it did not come as a surprise that Zimbabwe, a country that has taken the lead in fulfilling the aspirations of Africa’s founding father, through its heroic and historic Land Reform and Resettlement Programme of 2000, was singled out as one of Uncle Sam’s ‘enemies’.

The Land Reform and Resettlement Programme resulted in the US imposing illegal economic sanctions on Zimbabwe through their sanctions law ZDERA which came into effect on December 21 2001.

ZDERA makes it clear that the sanctions will be removed if Harare’s land tenure patterns revert to pre-1998 where less than 4 000 white farmers owned and controlled almost 90 percent of the country’s prime land.

But it is the Floyd issue that has brutally exposed the US’ arrogance and glaring fault lines when it comes to race issues.

Instead of confronting its demons, the US has been trying to deflect attention on countries like Zimbabwe that are now being bizarrely accused of stoking protests in that country.

The Floyd issue has attracted global outrage and triggered massive protests in the US and across the globe.

Trump has responded by further violating the rights of protestors by using force to quell them.

Interestingly, the US has always accused Zimbabwe’s security forces of using force to stop demonstrations.

On Sunday, O’Brien appeared on ABC news channel where he was asked to respond to a tweet by Marco Rubio, the acting chairman of the US Senate Intelligence Committee which had raised concern over ‘heavy social media activity’ by Zimbabwe, China and Russia.

“Senator Rubio is right, and I’ve seen a number of tweets from the Chinese today that are taking pleasure and solace in what they are seeing here. ‘I want to tell our foreign adversaries, whether it’s a Zimbabwe or a China, that the difference between us and you is that that officer who killed George Floyd, he’ll be investigated, prosecuted, and he’ll receive a fair trial’, O’Brien said.

‘Rubio is 100 percent right that our foreign adversaries are going to try to sow discord, and we’re not going to let that happen.’

And then came the threat, a declaration of war by O’Brien.

There’ll be a response and it’ll be proportional, but this is not something that our adversaries are going to get away with for free,” he said.

“Zimbabwe is not and never has been an adversary of the United States of America,” Minister Moyo told Nichols.

“Even in the face of repeated interference in our own internal affairs, Zimbabwe has been unwavering in its support for Article 2 (4) of the United Nations Charter which expressly urges all member-states to respect the sovereignty, territorial integrity and political independence of other states.”

But, true to form, the US attacked Zimbabwe, accusing it of committing crimes that are at Washington’s doorstep right now.

“…urged Zimbabwe’s government to end state-sponsored violence against peaceful protesters, civil society, labor leaders and members of the opposition in Zimbabwe and to hold accountable those responsible for human rights abuses,” said Nichols in a statement after meeting Dr Moyo.

There is no doubt that the US has been yearning for an open, physical confrontation with Zimbabwe over the Land Reform and Resettlement Programme and how Harare has managed to take the lead in empowering its citizens.

The statements by Nichols and O’Brien point towards a season of open warfare and Zimbabwe must brace itself for the worst.

It is also high time Harare stamps its authority.

Expelling the US Ambassador would not be too drastic an action; battle lines have been drawn.