Home Old_Posts Uses of cannabis among the BaTonga 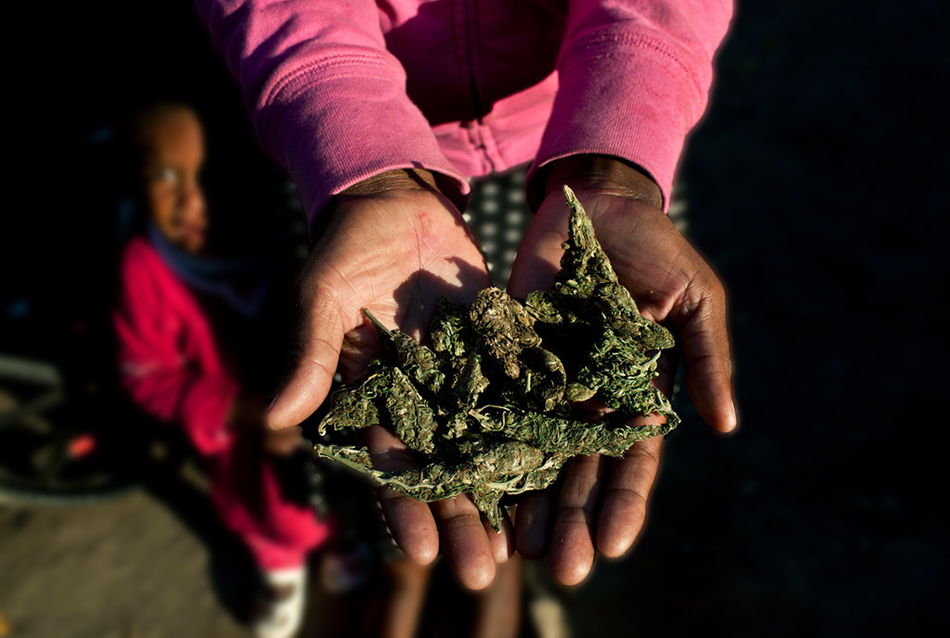 BINGA is believed to have the largest number of people who smoke mbanje, cannabis or marijuana; whether this is true or false is another issue.

Known as lubange by the BaTonga, the tribe value it for its immense medical benefits and other traditional and cultural uses.

There are hundreds of chemical compounds in the cannabis plant that play a crucial role in medical treatments.

Lubange has been smoked by BaTonga for a long time, not as a dangerous drug as perceived by many people, but as a medicinal herb.

Elders smoke the herb in the comfort of their homes or at traditional ceremonies.

Marijuana refers to the dried leaves, flowers, stems, and seeds from the Cannabis sativa or Cannabis indica plant.

The herb is used by medicine men during cultural rites and other traditional ceremonies such as biras to honour ancestral spirits or during the cleansing ceremonies of homesteads and villages.

For people suffering from respiratory infections marijuana is mixed with water and other herbs and taken as prescribed by the herbalist.

The oil from the seeds of marijuana is used as a cure for skin diseases, the oil is also ingested in relishes and salads.

The oil is also used to cure wounds as well as snake and insect bites.

Marijuana can help control epileptic seizures by binding to the brain cells responsible for controlling excitability and regulating relaxation.

It may help reverse the carcinogenic effects of tobacco and improve lung health.

Elders say marijuana does no harm to the lungs and increases lung capacity.

Marijuana alleviates pain, reduces inflammation, and promotes sleep, which helps in easing pain and discomfort for people with arthritis.

The herb is also used to treat the auto-immune disease systemic lupus ertyhematosus, which is when the body starts attacking itself for some unknown reason.

The herb is never abused by the BaTonga.

There are several recipes used to void direct ingestion of the herb, for instance for the cure of respiratory infections the lubange is mixed with honey and busika (a sour beanlike pod found in Binga) the mixture is left to ferment and then taken  as a tea.

The herb is also mixed with hot-spring water and sprinkled at homesteads as a way to protect one’s homestead against evil spirits and witches, alternatively an aloe-vera plant is mixed with the herb and kept in a gourd, and this mixture is given to livestock, chickens and the sick.

The mixture is believed to be the best cure for malaria and hallucinations.

It is also believed to help eliminate nightmares.

While some Western medical researchers warn against it elders recommend the use of marijuana by pregnant women for nausea.

Westerners argue that marijuana use during pregnancy is linked to lower birth weight and increased risk of both brain and behavioral problems in babies.

However, BaTonga elders contend that children exposed to marijuana in the womb have an increased ability to be attentive, sharp memory, and problem-solving.

Marijuana use is also believed to help treat the eye disease  glaucoma, which increases pressure in the eyeball, damaging the optic nerve and causing loss of vision especially among babies.

The use of the drug also helps prevent certain cancers from spreading, Cannabidiol stops cancer turning off a gene that causes cancer.

One 2014 study found that marijuana can significantly slow the growth of the type of brain tumour associated with 80 percent of malignant brain cancer in people.

Marijuana also treats inflammatory bowel diseases and ulcers as chemicals in marijuana; interact with cells in the body that play an important role in gut function and immune responses.

Compounds made by the body increase the permeability of the intestines, allowing bacteria in. The chemicals in marijuana prevent this permeability by making the intestinal cells bond together tighter.

Some users said marijuana stimulates appetite and can help people trying to cut back on drinking as it is safer than alcohol and less addictive.

The legalisation of marijuana for medical use in a growing number of countries has increased the use of the herb.

In Zimbabwe it is only allowed to be grown for medicinal purposes, although it has been widely used over the years, while in countries like South Africa it is also recognised as a medicinal herb.