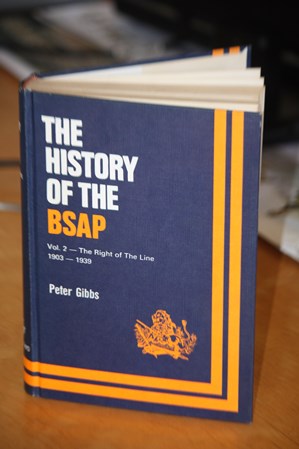 VARIOUS definitions of culture reflect different theories of understanding, perceiving or evaluating human cultural activity.
In post-colonial Africa, there has been the propensity to emphasise the role of political and economic activities in the reconstruction of a nation, often to the exclusion of arts and culture in most socio-historical research and discourse.
However, the definition of a people and nation is determined holistically by their arts and culture, which refers to the systems of life of a given group or clan of people; manifested in their ways of behaviour, their religion and rituals, values and systems of belief, social values, language, custom, dress style, personal ornamentation and special symbols, codes, manners, law and morality within their inter-relationships and with other members of society.
Culture has also been called ‘the way of life for an entire society’.
According Edward Burnett Taylor, cultural civilisation, taken in its wide ethnographic sense, is that complex whole which includes knowledge, belief, art, morals, law, custom, and any other capabilities and habits acquired by man as a member of a given society.
Movable cultural heritage includes objects that people create or collect to form an important part of a nation’s identity.
These objects are known as ‘cultural property’ and can be artistic, technological, historical or natural in origin.
Historically, there has been an increasing trade and exchange of cultural property between nations; while such exchange can enhance international appreciation of cultural diversity, it can also lead to the loss of significant aspects of a nation’s cultural heritage, if not managed appropriately and sustainably.
Several First World countries have laws which regulate the export of cultural property, covering a wide range of items, including:
Indigenous art and artefacts.
Works of fine and decorative art.
Scientific and archaeological artefacts.
Fossils, meteorite and minerals.
Agricultural and industrial heritage.
Books, stamps and medals.
Rare historical materials.
In 2002, the United Nations Education, Scientific and Educational Organisation (UNESCO) described culture as follows: “culture should be regarded as the set of distinctive, spiritual, material, intellectual and emotional features of society or a social group and that it encompasses in addition to art and literature, lifestyles, ways of living together, value systems, traditions and beliefs.”
In African and other indigenous societies culture is handed down from one generation to the next in diverse forms.
However, it becomes more relevant and dynamic as each generation contributes its experiences and discards those elements of their culture that are no longer useful or relevant to their perception of their contemporary society.
Culture is learnt from clan elders, maternal heads, leaders, family, school and religious teachings which have many rituals that symbolise how one belongs to a particular culture.
In fact, everyone has a role to play in the development of their culture.
Today it is learnt from television, the media, movies, books and magazines and lately the internet, which are powerful and impressionable guides.
For example, American music videos have had a strong world-wide impact on young people.
They promote a certain style of dress, values, expressions and attitudes which many young people like to emulate, but which are not necessarily culturally empowering.
Lately Nigerian movies have had a similar impact on Zimbabwean audiences, particularly female.
On the contrary, contemporary artworks in Zimbabwe, especially stone sculpture, have always inculcated various positive aspects of our culture which encompass and are inclusive of traditional, contemporary, transitional and evolving aspects of our culture.
For example, Nicholas Mukomberanwa in many instances created works which were often a new realisaiton of Shona beliefs and spiritual characters in the subjects he sculpted.
Mukomberanwa portrayed life as a positive inculcation of Zimbabwe’s socio-cultural ethnic ethos in his work.
In his eyes, life was a creative force as sculpture served as an example of Shona morality and aesthetic codes.
His work and that of many other Zimbabwean sculptures, today stand as important vestibules of culture for Zimbabwe.
Art and culture should therefore attract serious documentation, preservation and more importantly, investment for posterity, given it is an important facet of our national heritage.
For the sake of nation-building and for history’s sake, art has to be preserved for the enlightenment of future generations.
We need to make greater effort to build and unite Zimbabwe through art and culture.
Given art is important in the development of any nation, it should be endowed with its true value.
Art Consultant, Artist and lecturer Dr Tony Monda holds a PhD. in Art Theory and Philosophy and a DBA (Doctorate of Business Administration) in Post-Colonial Heritage Studies. He is a writer, musician, art critic, practising artist and Corporate Image Consultant.
For views and comments email: tonym.MONDA@gmail.com