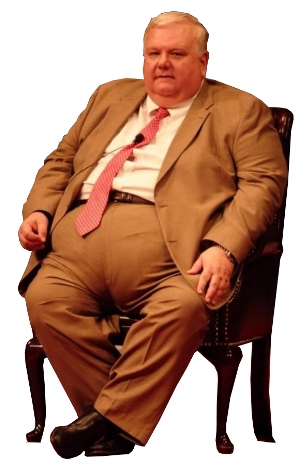 HOW much have the wars in Afghanistan, Iraq, Pakistan, since 9/11, cost the American people?
What of the current conflicts in Syria, Israel, not to mention the covert wars across the globe where America continues to fund, train and arm rebels, dissidents, even outright terrorists under the auspices of protecting American interest abroad?
In 2011, a group comprising 30 economists, anthropologists, lawyers, humanitarian personnel and political scientists, under the banner, Cost of War project, released a report that gave the first comprehensive analysis of over a decade of wars in Afghanistan, Iraq and Pakistan.
Based at Brown University’s Watson Institute for International Studies, the projects analysed the implications of these wars in terms of human causalities, economic costs and civil liberties.
Cost of War claims that the total economic costs of the wars in Afghanistan, Iraq and Pakistan since 2001 to date are US$4,4 trillion and counting.
The project notes that between 2001 and 2011 the Pentagon’s total appropriation for war was US$1,4 trillion.
However, the Department of Defence was also allocated additional funds totalling approximately US$836 billion, some portion of which has been used for war expenses.
Capitol Hill also funded the wars under the banner of foreign assistance also known as “International Assistance” spending.
Aid under this banner to Afghanistan, Iraq, and Pakistan in current dollars is over US$104 billion. Much of it was spent by the State Department and USAID directly supporting military efforts.
Previously the US paid for wars by raising taxes and or selling bonds.
The current wars are being paid for almost entirely by borrowing.
This borrowing has raised the US budget deficit, increased national debt and had other macroeconomic effects, such as raising interest rates.
The US must also pay interest on the borrowed money.
The interest paid on Pentagon spending alone, so far from 2001 to 2013 is about US$316 billion.
As a result of the war on terror, the US has had to increase its spending on internal security.
Homeland Security has so far secured more that US$470 billion dollars from the nation’s coffers.
The US has already spent nearly US$160 billion dollars for medical care and disability for more than two million veterans of just the Afghanistan, Iraq and Pakistan wars.
Each day, more veterans continue to apply to receive their benefits. The costs of war do not end when the fighting stops.
Specifically, the US has incurred obligations by fighting the wars. For example, the Government is obligated to pay the future medical and disability costs of veterans.
Judging from past wars, medical and disability costs will peak in about 30 to 40 years totalling more than an estimated US$1 trillion.
Unless the government immediately repays the money borrowed for the war, there will be future interest payments.
Cost of War estimates that the interest payments could total US$1 trillion by 2023 or over US$7 trillion by 2053.
Weighing in with a different figure is Harvard University’s prestigious Kennedy School of Government.
According to research by the Kennedy School of Government, the decade long American wars in Afghanistan and Iraq alone are going to end up costing as much as US$6 trillion.
The figure translates to US$75 000 for every American household. What motivated the Kennedy School of Government to research this particular cost was the resignation of National Economic Council Director, Lawrence Lindsey over his utterances concerning the cost of war.
During Lindsey’s tenure under President George Bush, he informed the country’s top financial paper, The Wall Street Journal, that the war would cost between US$100 billion and US$200 billion.
Lindsey found himself under intense fire from his colleagues in the Bush administration, who claimed his assertion was a gross overestimation.
The Kennedy School of Government research does concur with the Cost of War project assertions that the majority of the US’s war bill is inflated because of long term medical care and disability compensation for service members, veterans and families and also because of debt incurred as government failed to include the war costs in the annual budgets while simultaneously implementing sweeping tax cuts for the rich.
The report further notes that about 1,56 million US troops, which is 56 percent of Afghanistan and Iraq veterans are receiving medical treatment and would be granted benefits for the rest of their lives.
According to Brown University, more than 190 000 people have been killed in the 10 years since the war in Iraq began.
More than 70 percent of those who died of direct war violence in Iraq have been civilians, that is an estimated 134 000.
This figure does not account for indirect deaths due to increased vulnerability to disease or injury as a result of war- degraded conditions. As a consequence of the war of terror in Iraq, the war was exported to Syria and her casualties have also been piling up.
Interestingly while the American government claims to have spent US$60 billion on Iraq on reconstruction, none of those funds have gone to building infrastructure such as roads, water treatment systems or health care facilities. Instead the funds have been used for primarily military and police infrastructure.
A report by Moyers and Company released in 2012 put the estimated deaths of the Afghan and Iraqi wars at 224 475, the wounded at 365 383 and the displaced at
7 815 000.
The cost of war is just not economic, but also affects the social and political spheres.
Hundreds of thousands of people have been detained since 9/11, the unjust treatment some have endured has led to mistrust towards the US across the region.
Here in America, Muslims endure racial profiling, hate crimes and workplace discrimination.
It is just not Muslims facing these challenges but due to ignorance and fear, anyone who looks “Arabic” and “has a funny name” is not safe.
The land of the brave and the free is no longer but the land of the detained and the restrained.