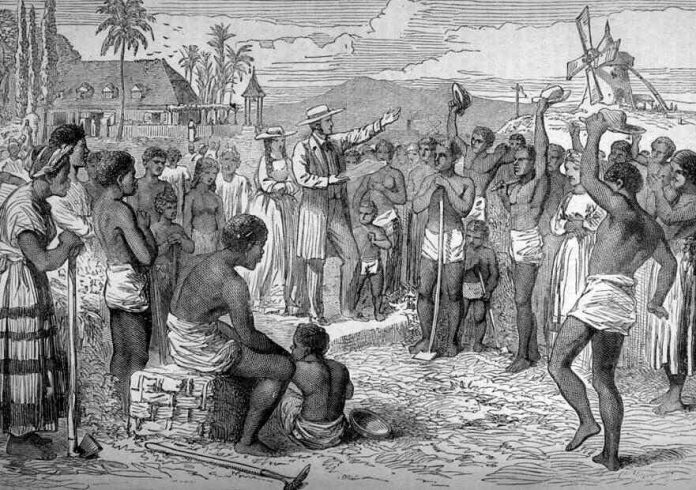 THE American Civil War erupted from a variety of long-standing tensions and disagreements about American life and politics. There was general animosity between the southern and northern states.

For nearly a century, the people and politicians of the northern and southern states had been clashing over the issues that finally led to war; economic interests, cultural values, the power of the federal government to control the states, and, most importantly, slavery in American society.

While some of these differences might have been resolved peacefully through diplomacy, slavery was not an issue to be solved by dialogue.

With a way of life steeped in age-old traditions of white supremacy and a mainly agricultural economy that depended on cheap (slave) labour, the southern states viewed slavery as essential to their very survival.

A growing movement to abolish slavery had led many northern states to enact abolitionist laws and abandon slavery.

With an economy based more on industry than agriculture, the north enjoyed a steady flow of European immigrants.

The many impoverished European refugees from the potato famine of the 1840s and 1850s could be hired as factory workers at low wages, thus reducing the need for slavery in the north.

In the southern states, longer growing seasons and fertile soils had established an economy based on agriculture fueled by sprawling, white-owned plantations that depended on slaves to perform a wide range of duties.

In the mid-19th Century, while the US was experiencing an era of tremendous growth, a fundamental economic difference existed between the country’s northern and southern regions.

Growing abolitionist sentiment in the North after the 1830s and northern opposition to slavery’s extension into the new Western territories led many southerners to fear that the existence of slavery in America, the backbone of their economy, was in danger.

However, it is argued that Brown, as a natural blood-thirsty warmonger, might have picked on anything besides slavery to go to war.

Brown, an eccentric northerner and his family, literally took up arms to fight slavery beginning at ‘Bleeding Kansas’, where 200 pro-slavery settlers perished.

They were also responsible for the Pottawatomie Massacre, where more pro-slavery sympathisers were killed in cold blood.

Brown’s best-known fight, his last, was when his group of 18 equally eccentric  men attacked Harper’s Ferry in 1859.

It was a suicidal attack. Among the men fighting with him were his sons who were all killed.

He had hoped that some fugitive slaves would come to his aid. None did.

He was captured, tried and executed in the Southern Court.

The trial got publicity and the northerners turned slavery into a moral issue while the southerners looked at it as a legal issue.

The southerners saw Brown as a criminal who deserved death and the northerners saw him as a martyr, this conflict of interest was among the causes of the civil war between the two states.

The presidential election of 1860 would be the deciding point for the Union.

Abraham Lincoln represented the new Republican Party and Stephen Douglas, the northern Democrat, was seen as his biggest rival.

The country’s divisions were clear on Election Day. Lincoln won the north, Breckenridge the south, and Bell the Border States. Douglas won only Missouri and a portion of New Jersey. It was enough for Lincoln to win the popular vote, as well as 180 electoral votes.

Even though things were already near a boiling point after Lincoln was elected, South Carolina issued its Declaration of the Causes of Secession on December 24, 1860.

They believed that Lincoln was anti-slavery and in favor of northern interests.

President Buchanan’s administration did little to quell the tension or stop what would become known as “Secession Winter”. Between Election Day and Lincoln’s inauguration in March, seven states seceded from the Union: South Carolina, Mississippi, Florida, Alabama, Georgia, Louisiana, and Texas led the way in forming their Confederacy

In the process, the south took control of federal installations, including forts in the region, which would give them a foundation for war.

One of the most shocking events occurred when one-quarter of the nation’s army surrendered in Texas under the command of General David E. Twigg. Not a single shot was fired in that exchange, but the stage was set for the bloodiest war in American history.

When the South States attacked Fort Sumter civil war broke out. On April 9 1865 the South surrendered.

The Civil War was America’s bloodiest and most divisive conflict, pitting the Union Army against the Confederate States of America.

The war resulted in the deaths of more than 620 000 people, with millions more injured and the South left in ruins.

There is a common misinterpretation that is continually perpetuated in America today that the civil war was solely waged to free and aid the slaves.

And yet the slaves were merely a scapegoat to cover deeply rooted differences. This was confirmed by Abraham Lincoln when he said referring to the civil war:

It can be concluded that most of the union did not fight for the abolishment of slavery, but instead to reign in the stubborn south.

Both sides undoubtedly had varying and common reasons within the Union and the Confederacy. For the most part though, the South was fighting to keep their customs and living conditions alive and thriving, which for them meant seceding from the progressive and industrial North.

On the other hand the union was split between racist soldiers who fought for the cause of preserving their great and united nation, with those who were committed to aiding their black comrades.

Largely because of the ‘slaves war’, had helped to restore the unity of the United States, Lincoln was obliged  to declare all slaves in the US free on January 1 1863.