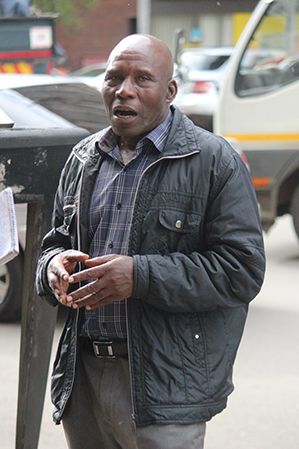 I WILL live to remember that hot afternoon of February 1976 in Mberengwa when we hit a Rhodesian convoy after three days of waiting in ambush.
We wiped them out and we had no casualties on our side.
I felt restless that day when I saw a cloud of dust from a distance.
Anxiously, I watched the Rhodesian army’s convoy slowly driving into our killing bag.
It was exactly 2pm when Cde James Bond, our sectorial commander, blew the mine detector which was in front of the convoy with his RPG-7 launcher.
This turned out to be our signal to fire.
The brave Cde James Bond, my sectorial commander in Sector Two of Mberengwa Detachment which was in the war province of Gaza during the liberation struggle, planned that successful ambush.
We ambushed and attacked a convoy of the Rhodesian army at a place close to Gomututu Primary School in Mberengwa.
The convoy of 13 military trucks had passed through Gomututu on its way to Rhodesia’s Mataga Military Camp from Zvishavane three days before we laid our ambush.
This information was relayed to us by our loyal war collaborators.
Cde James Bond ensured we were heavily armed in order for this ambush to be successful, hence he secured from Mozambique an RPG-7 launcher, a Mortar 60, RPG-2 bazooka and AK 47 rifles.
Part of the team that day included Cde Patrick Gondo Harishai, Cde General Chaminuka, Cde Tiki Kanyawu, Cde Matanda Manyoro, Cde Zvadzudza zveZimbabwe, Cde Farai Magorira, Cde Kutonhodza Zvinopisa and Cde Nhawu Dzaoma.
We were well positioned on the other side of the bridge in Gwehanga Mountain which was adjacent to Gomututu Primary School.
The bridge was close to the school on Muchigwe River and the plan was to hit the enemy as its convoy slowly ascended from the bridge.
This position was to our advantage because we could clearly see the enemy approaching from a distance although there was a lot of foliage cover since it was during the rain season.
This was my very first battle and everything went according to plan.
Cde James Bond blew the mine detector with his bazooka as the convoy struggled to ascend the jagged road from the bridge.
There was a huge ball of fire, creating confusion and panic to the unsuspecting Rhodesians.
We fired relentlessly into the convoy.
We caught them by surprise and never gave them the chance to return fire.
Since we were firing from a higher position, we had an upper hand.
We ruthlessly fired into the convoy for about 25 minutes before swiftly making our way from the battlefield.
Coincidentally, there was a heavy downpour the moment we were instructed to ceasefire.
This was an added advantage since the enemy could not pursue us in this heavy downpour.
We made our along Muchigwe River and took a rest at our rendezvous at a base we called Mapidigu in Chief Matarutse’s area.
Hit and run was our modus operandi as guerillas.
We were informed after three days by our local mujibhas that all the Rhodesian military trucks were reduced to wrecks and although they could not get the actual number, many Rhodesian soldiers died in that encounter.
We suffered no casualties.
This ambush was a success and when the news reached our superiors in Mozambique, our section was dismantled and we were all elevated to lead different sections.
Compiled by Emergencey Mwale-Kamtande