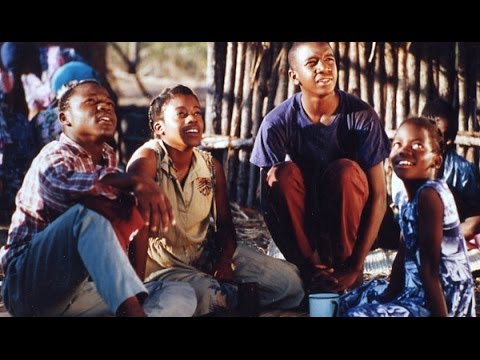 SOME years ago when my grandmother was still able to go out into the fields to till the land, my parents and aunties would regularly visit her from the city.
They would bring her a few groceries whenever they came around.
Oftentimes, I would later on hear my mother and aunts discuss how the groceries were finishing faster than the expected time.
I didn’t read much into it then.
I just thought people were taking advantage of her age by stealing from her.
But we later on discovered ambuya was to blame as she was also in the habit of sharing her groceries with the neighbours, or with a relative or two living close by.
Given the hard times we were going through, not just as a family but ultimately as a country, it was quite infuriating for somebody to do that.
Money was, and still remains, scarce.
Therefore if there is no money, it is needless to say there are no groceries.
I know I might be stepping on a few toes by saying what I am saying and that I sound almost a bit selfish, but this is the reality on the ground.
The economic circumstances that surround most of us have forced us not to share, causing us to become something that we are not.
There was a time when our people would offer food and a place to sleep, even to strangers, should the sun go down on them before they reached their destination.
But now we get angry when others or the older generation share groceries we would have brought for them.
And should we be blamed for this?
Times are getting hard, hence one can justify himself by saying there is no money for one to be splurging goods to neighbours, and that those harmless strangers have long since turned into thieves and robbers.
Let us take into consideration that by conforming to the economic situations and hardships we are facing as a people, by putting aside these age-old principles taught us by our elders, we risk becoming the opposite of our true identity.
Our relentless search for that elusive dollar is slowly turning us into monsters and haters.
We are fast forgetting who we are; that we are a giving people and we take care of one another — first as family (extended family included) and as the community.
Professor Mandivamba Rukuni in his book Afrikan Pathways to Success gives a beautiful example of what I am trying to put across when he describes how back in the old days, an orphan was taken care of by family and community to such extents that even an outsider could not tell the difference between the orphan and the child still with both parents alive.
This is one of the reasons we did not have such things like street children because we took care of our own.
The orphan was everyone’s child.
Tsitsi Dangarembga’s 1996 movie, Everyone’s Child, is also another good example as it shows us a community that had but lost its ways and is only reminded after a tragic event in which an orphan within their parish dies because of negligence.
It is sad that they learn their lesson after the death of a child, but when looking at the bigger picture, one can conclude that at least they noticed their mistake and sought to correct it by making themselves more accessible to the remaining orphans.
In some parts of the country, for instance, in Mutoko, it’s not a rare sight for a stranger to pick up ipwa/imfe (sweet cane) from another man’s field without asking.
I also recall another time back in the 1980s being told to eat the cucumbers further up the field and to leave those at the bottom for passersby.
But these memories are becoming vague now, and if we do not write them down or teach them to our children in a bid to preserve such principles, then we are going to become a people without character or moral fibre, without a backbone so to speak, in other words ‘vanhu vasina hunhu’.
According to poet and author Tinashe Muchuri, a person without hunhu can be described as a person without morals, a mischief-maker (nhubu) who has no respect for his/her elders.
University of Zimbabwe lecturer and author, Memory Chirere describes hunhu as: “Maitiro nemafungiro nemagariro ari maererano nezvinotendedzwa nedzidziso yevanhu vedu.”
The examples of hunhu/ubuntu I have given above are but part of a philosophy that makes up who we are as a people and Africans.
A philosophy can also be described as a viewpoint, attitude, way of life, beliefs, which ultimately help shape and build one’s mindset and way he/she carries himself/herself in public and away from the public.
If inculcated in our children at an early stage, then, and only then, do we stand a chance of reversing the disaster and corruption of the mind caused by Western and American influence through television, money and social media.
The new Zimbabwe Curriculum for Primary and Secondary education 2015 – 2022 is not being backward by insisting we revisit these principles.
If we truly want to live together in harmony again, then the future lies in our children and some of us who still value the hunhu/ubuntu philosophy.
Being a Christian, Muslim, Bhudhist or whatever religion one belongs to does not exempt one from this philosophy, rather it actually helps people of different walks of life to live together as one despite their religious backgrounds.
Above all, it gives one identity and a sense of belonging which is exactly what we need at this moment to restore that pride of being Zimbabwean in the face of so many adversities and mind colonisation.