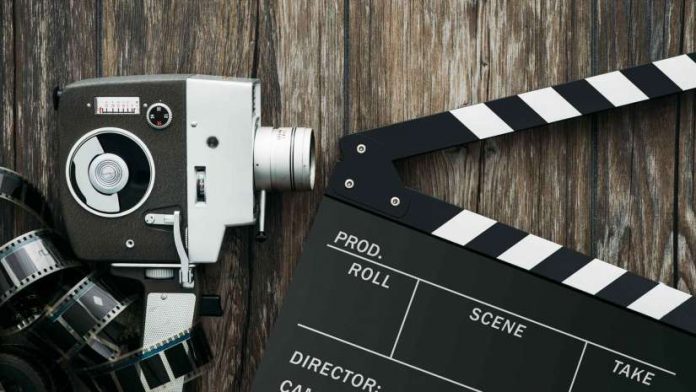 THERE is an exercise we used to do back in college in script writing class.

I am sure some writers can identify with it; our script writing teacher called it ‘The what if’ exercise.

The point to the exercise was to sharpen our imagination skills by brainstorming ideas or thoughts that come to mind when one hears what if, for example, what if the President of America was a woman.

We would take turns to say whatever crazy thoughts came to mind till everybody had had a go in the class.

After that, we were then required to develop the thought or idea that would’ve popped up during the session into a story and later a script supported by research.

I loved those sessions because people would come up with some of the craziest things you can ever imagine.

I often imagined that the creators of such television programmes like Knight Rider were playing that game when they came up with Knight Rider: What if a car could talk?

If I were to ask you right now: What movie comes to mind when asked: What if a man had supernatural strength and could fly?

I bet most of us would say, Superman.

After establishing that the car can talk or a man can fly and have supernatural abilities, the next question would naturally be: What would he/she do with these abilities?

In most American movies or television programmes, the answer would be the man or car will then be used to fight crime and make America a safe place for human beings to inhabit.

The point to the exercise is to also help writers think outside the box, which, for me, is creativity at its best.

In Zimbabwe, we find ourselves limited to what we know, hence the stories we normally come up with are stories we are able to do within the confines of our budget which, three-quarters of the time, is non-existent or next to zero.

We come up with stories like Tanyaradzwa and Everyone’s Child, among others, because our resources limit us to reality-based stories riding mostly on the emotional relevance of the story which then becomes our selling point without the action sequences that lure most people into watching Hollywood movies.

The action sequences like buildings exploding and sci-fi films of astronauts exploring other galaxies are missing from most of our films because we don’t have the resources despite some of us being knowledgeable about how to produce such films.

This is why I liked Mind Games; nothing is as it seems. The film-maker challenged himself to doing some visual effects that most of us dare not do because we lack the know-how.

What if we had the resources, knowledge and capacity to do such films, where would our film industry be?

It might sound like a dream (zviroto), but by bearing in mind that Zimbabwe, along with Nigeria, were among the first two African countries to have television stations, we know then that it’s possible.

South Africa has done such sci-fi films like District 11, yet their film and television industry came up after ours.

As a result, we find that the Nigerian and South African film and television industries contribute to their nations’ economies.

The point I am trying to raise here is for us as Zimbabwe to wake up and realise that film, internet and television are fields worth looking at and investing in in order to build a competitive infrastructure that is relevant in the 21stCentury.

With just one station, we are lagging behind and most of our film –makers are already frustrated to an extent they are looking for a way out to sell their products elsewhere other than Zimbabwe.

All you have to do is go on YouTube and research for yourself; there are many skits by Zimbabweans — horrible ones and good ones alike, for example Class yemaDofo by Naiza Boom.

They have thousands of viewers following their programme.

I was once of the notion that we, as Zimbabweans, are not supporting our own and that we need to build a film-loving community like the one we had in the 1990s, but after surfing the internet, I stand corrected.

It is not a secret that most of us are after madhiri now and quick money to an extent we are failing to see what can be achieved by thinking long-term.

Over and above that, visionaries are needed.

I was extremely impressed by Kenyatta Uhuru, the President of Kenya, last week, when he sent a message to Cannes.

Cannes Film Festival is one of the most prestigious film festivals in the world and is open for all.

Uhuru did a video which has been uploaded on Youtube inviting film-makers the world over to come and do their films in Kenya.

He advertised his country’s resort places, something that most film-makers love when scouting for locations.

By so doing, I will not be surprised when big International film-makers look to Kenya instead of just South Africa to shoot their films.

Remember film is big money, so imagine what will happen!

This means that there will be more jobs for locals and their economy stands a chance of getting a boom because of President Uhuru’s bold move.

Most people do not even know what Cannes is, so I was personally impressed by his appeal as it shows that he is in agreement with the idea that film and television are the future.

President Uhuru and his team thought outside the box and asked what if the President sends a message to Cannes Festival?

Obviously the response is a plus for Kenya in as far as their tourism industry is concerned, along with film and television.

Therefore, I urge film-makers to think outside the box in order to build a viable industry that attracts not just old people but youngsters as well.

What if we did a film on Munhumutapa?

What would it mean for Great Zimbabwe and tourism?

What would it mean for our culture and tradition?

What would it mean for us in as far as preserving our history is concerned?

What would it mean for us in as far as learning from our history?

So many thoughts and ideas as well as solutions come to mind.

Thus, today, I urge film-makers to once again appeal to Government in light of the just ended Cultural Week to review our film and television policies and open the doors for international partnerships.