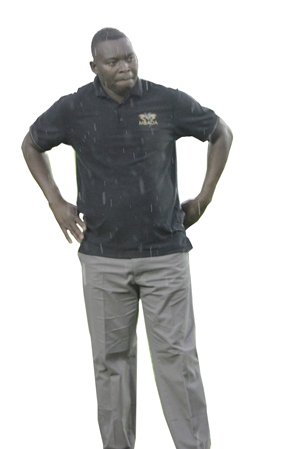 HOW MINE FC and Dynamos FC did the nation proud last weekend when the two sailed through to the next round of matches in the African Safari.
The two were playing away matches in Zanzibar and Gaborone respectively.
Dynamos played to a one-all draw against Mochudi Centre Chiefs while How Mine won the match 2-1 against Chuoni in Zanzibar.
The result means Dynamos progress to the first round of the Champions League and will meet DRC’s AS Vita Club who won their preliminary matches against Kanu Pillars of Nigeria.
The first leg of the first round will be played in Harare next weekend before the reverse fixture a week later in Kinshasa, DRC.
Dynamos has had a poor show in the away fixtures of the African Safari.
Since 2010, the Glamour boys have not won an away match.
In Gaborone, Ronald Chitiyo put Dynamos ahead before a lapse in concentration saw them conceding a late goal to share the spoils with the hosts.
As a coach in the African Safari, Calisto Pasuwa has failed to deliver. As a player Pasuwa was part of the famous Dynamos Class of 1998 that reached the finals of the Champions League under the tutelage of Sunday Chidzambwa.
Having won three league titles at the helm of the Glamour boys, Pasuwa has failed to guide the team to the mini-league phase of the Champions League or the Confederation Cup.
This year, the former Zimbabwe international will need to impress the local fans who now need continental glory.
The DRC assignment will be a good test of Pasuwa’s coaching acumen.
AS Vita are an experienced club in the African clubs tournament. Founded in 1935, the club has made five appearances in the CAF Champions League.
They crashed out of the African Safari three times in the first round in 1998, 2011 and 2012.
They reached the second round of the club competition in 2004.
However, the statistics might not be anything to go by, but the Harare giants will need to treat the Congolese side with caution.
The problem of a striker will continue to haunt the Glamour boys as the position has been the team’s Achilles heel.
Confederation Cup debutants How Mine, are set to meet St Michel from the Island of Seychelles.
How Mine’s opponents are relatively new to the African Safari.
Seychelles is not a great football playing nation and pose little danger to Philani Ncube’s men.
Although nine-time champions in the Island (St Michel), Zimbabweans have greater chances of winning the two legs to be played in Bulawayo and Seychelles a week after the first leg match.
To progress to the first round of the Confederation Cup, How Mine beat Chuoni 6-1 on aggregate while St Michel edged ASSM Elgeco Plus of Madagascar 2-1 on aggregate to secure a berth in the first round.
Chikurupati as How Mine are affectionately known, boast of a team of experienced players.
In two Confederation Cup games, their defence conceded one goal. In their camp, they have Gilbert Banda, Mernard Mupera, Herbert Dick, Ephraim Mazarura, Kuda Musharu and Nyasha Mukumbi.
Musharu is now among the top goal scorers as he has netted three goals in two matches so far.
Fans hope that the two teams reach the penultimate stages of the African journey.
Dynamos’ rich pickings were in 1998 when they topped Group A of the Champions League.
They reached the finals and became runners up to the African clubs tournament.