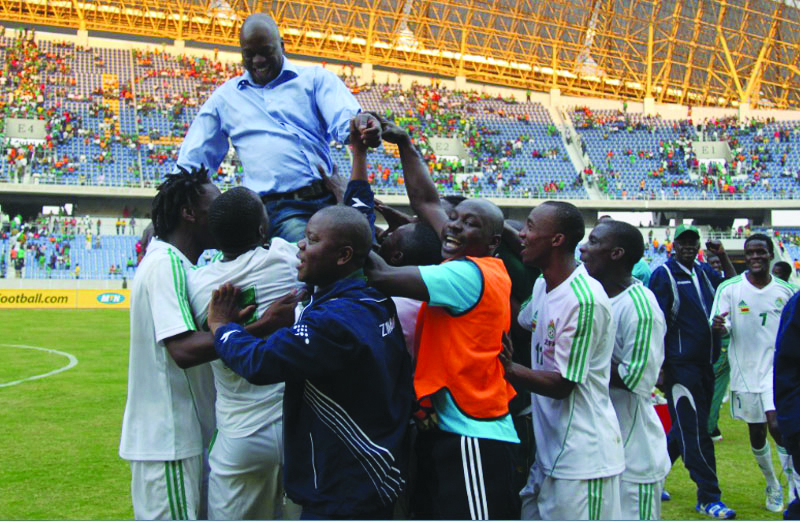 A NEW YEAR has started and it’s another sporting year unfolding.
There are high expectations among sport enthusiasts this year after mixed fortunes in 2013.
The creation of a standalone sports ministry has raised hope among sports lovers that bungling will become a thing of the past and adequate support will be extended.
There are a lot of expectations that the responsible ministry will address the problems haunting the country’s most followed sports, soccer, cricket and other minority sports which have great potential.
Under the leadership of Minister Andrew Langa and his Deputy Tabitha Kanengoni-Malinga, the pair is expected to transform sport into a viable entity like elsewhere where sportspersons earn bigger salaries than any other field.
Football
The world’s most loved sport has a huge following in the country.
There are hopes that this sporting year the flagship team, the Warriors will make the fans happy.
Currently in South Africa for the African Nations Championships (CHAN), fans hope that the current technical team will deliver.
Apart from the CHAN, the Africa Cup of Nations qualifiers will be in the diary this year and Zimbabwe expects nothing short of qualifying for the continental soccer showcase.
Since 1980, Zimbabwe have qualified twice for AFCON in 2004 and 2006.
The junior teams also are expected to be active and fulfil various fixtures.
The Under-17, 20 and 23 national teams are important in building the senior men’s national team.
The last time Zimbabwe had a competitive Under-23 side was in 1995 when we hosted the All-Africa Games.
On the women’s side, more action is expected in the domestic and international front.
Last year the women’s soccer league failed to take-off the ground as the sponsors Marange Resources failed to bankroll the league.
As a result, the eight teams were out of action while a few international matches were played.
This year promises to be an action packed year for the women’s soccer calendar as a new sponsorship package is reportedly under way.
The men’s premier soccer league is also expected to offer better level of competition.
With four new teams in the top flight, two teams will be representing Zimbabwe in the African Safari.
Dynamos will be in the Champions League while How Mine will be in the Confederation Cup.
Zimbabwean teams have failed to make an impact in the African Safari.
FC Platinum, Motor Action and Dynamos all failed in the past two years to reach the group stages.
A new sponsorship package is also expected to be unveiled and all pointers are that Castle Lager will renew their three-year old marriage with PSL.
It will be every team’s wish to end Dynamos’ dominance in the league.
Cricket
The sport is currently in the abyss.
Zimbabwe Cricket is reeling under a huge debt and player boycotts have become the order of the day.
The sport is failing to lure sponsors while talented players are leaving the flagship team for greener pastures.
Cricket has gone through a major transformation compared to the days of the ‘rebels’.
The balance between the blacks and the whites in the team was resisted for a long time but the imbalance has been successfully corrected.
Tennis
Since the days of Byron, Wayne and Cara Black and Kevin Ullyett, tennis has never been the same.
Genius Chidzikwe also had his fame but the game is in the doldrums, when it comes to international competitions.
This year the country hopes to see a resurrection of the sport.
Hockey
In the past decade the sport has not recorded notable achievements.
The recent renovations of Khumalo Hockey Stadium in Bulawayo brought some light to the sport.
In 1980, the national team won gold in the Moscow Olympics and since then hockey has been dormant on the international scene.
There are other sporting disciplines like athletics which have great potential, but are suffering from poor management of talent.
The ZoneVI games will need to be utilised and continuity worked on.
The sports ministry has begun by supporting the Warriors and the same spirit is expected to continue in the current year as many flagship teams will need the same backing.