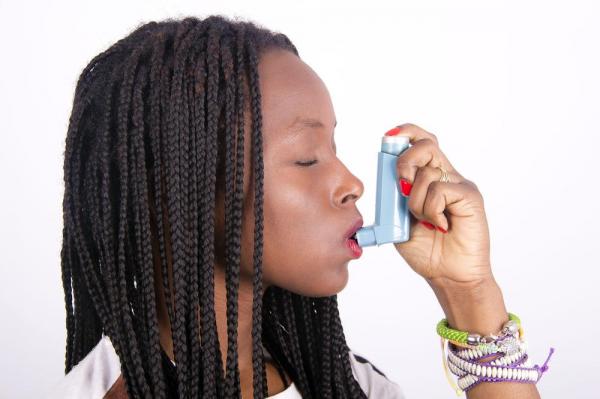 ASTHMA is a disease affecting the airways that carry air to and from the lungs. People who suffer from this chronic condition (long-lasting or recurrent) are said to be asthmatic.
The inside walls of an asthmatic’s airways are swollen or inflamed. This swelling or inflammation makes the airways extremely sensitive to irritations and increases one’ susceptibility to an allergic reaction.
As inflammation causes the airways to become narrower, less air can pass through them, both to and from the lungs.
The 2014 World Health Organisation (WHO) data states that asthma is among the top 20 causes of death in Zimbabwe.
According to the report, HIV/AIDS continues to be number one while prostate cancer sits at number three.
The report puts Zimbabwe on number 15 globally on asthma-related deaths.
Symptoms of the narrowing include wheezing (a hissing sound while breathing), chest tightness, breathing problems and coughing. Asthmatics usually experience these symptoms most frequently during the night and the early morning.
In Zimbabwe, most hospitals around the city treat asthma as an emergency, depending on the intensity of the attack.
In an interview, a local doctor who requested anonymity for professional reasons said there are a number of factors that can trigger asthma attacks which can be seasonal.
“It is very important for asthma patients to be aware of the things that trigger their asthma and avoid them.
“Seeking medical attention at the early stages of an attack and following medical advice can lessen the effects of asthma,” said the doctor.
He added that common asthma triggers include animals, dust and changes in weather, chemicals in the air or food, exercise, mould, pollen, respiratory infections such as the common cold, strong emotions and tobacco smoke. Aspirin, other non-steroidal and anti-inflammatory drugs can also provoke asthma in some patients.
“It is imperative for parents and guardians to notify the school authorities so that precautionary measures are taken to prevent an attack or in cases of an attack,” he said.
“Early warning signs that may occur just before or at the very beginning of an asthma attack include frequent coughing, especially at night; shortness of breath; feeling fatigued and irritable; feeling tired or weak when exercising, wheezing or coughing after exercise, signs of a cold or allergies; and trouble sleeping, among other signs.”
Unconfirmed reports suggest that catching a chameleon and putting it in mealie meal overnight, then using the mealie meal to cook porridge could cure asthma completely.
Others believe that mixing marijuana and honey can also lessen the extent of the asthma attack.
Medically, there is no cure for asthma. The choice to go traditional or scientific depends solely on the individual.
Doctors say the best way to manage asthma is to avoid triggers, take medications to prevent symptoms and prepare to contain asthma episodes when they occur.
According to WebMed asthma develops during childhood, but it can affect one at any age.
People who have allergies or a parent or close family member with asthma are more likely to have the condition.
Several studies suggest that teens and adults who smoke are more likely to get asthma.
And, there is strong evidence that secondhand smoke plays a role as well.
Kids who are around people who smoke have a higher chance of getting asthma early in life.
Outdoor and indoor air pollution can also worsen asthma symptoms.
Top offenders include smog, cigarette smoke, paint fumes and hair spray.
They do not cause an allergic reaction, but they do irritate airways.
They are known as non-allergic asthma triggers.
Although exercise is good, physical activity can trigger symptoms in many people. This is sometimes called exercise-induced asthma.
However, controlled asthma allows for workouts, sports and other activities that one enjoys.
A review article on ‘The epidemiology of respiratory disease in Zimbabwe’ notes that asthma and other conditions are common but under-reported due to a predominance of publication on HIV-related subjects.
In adults, exposure to indoor air pollution due to burning of biomass fuels is probably associated with acute respiratory infections, asthma, chronic obstructive pulmonary disease, lung cancer, nasopharyngeal and laryngeal cancers in Zimbabwe as in other regions.
These conditions also have other common risk factors including malnutrition and tobacco smoking but the prevalence rates of these conditions and their associations with risk factors are not known.
In adults with chronic cough, tuberculosis is the most common diagnosis among HIV infected adults but lower respiratory tract infections and asthma were more common among HIV-negative patients.