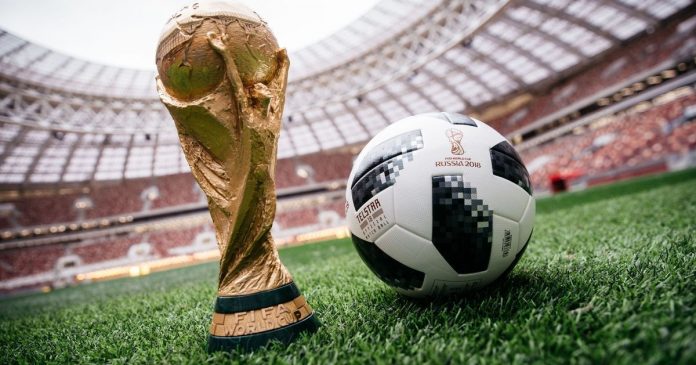 AFRICA’s five representatives at the global soccer jamboree, the FIFA World Cup — Senegal, Tunisia, Nigeria, Morocco and Egypt — will be hoping to cause major upsets in Russia as African stars continue to make huge strides in the world’s top league.
The World Cup kicked off yesterday with a colourful opening ceremony in Moscow, the Russian capital, at Luzhniki Stadium.
A total of 32 nations battle it out in eight groups.
Senegal is in Group H where they will tussle for two spots with Poland, Colombia and Japan.
Tunisia will battle Belgium, Panama and England.
West African side Nigeria are in Group D with Argentina, Iceland and Croatia.
Morocco will battle it out with Spain, Portugal and Iran in Group B while Egypt are in Group A with hosts Russia, Saudi Arabia and Uruguay.
With the continent represented by the five, hopes are high that at least one nation will go beyond the quarter finals.
In Group A, Egypt might find the going tough against the hosts who will be using home advantage.
The two sides clash on Tuesday and the Pharaohs will be hoping for a better show.
The injury of Mahomed Salah, one of their key strikers dampened the spirits of many Egyptians.
Salah was injured in a nasty fall during the UEFA Champions League final match in Kiev against Real Madrid.
Egypt are making their third appearance, having featured in the 1934 and 1990 World Cups.
Salah’s performance at the world soccer showcase might see him nominated at the Ballon D’Or after taking the English Premier League by storm.
With Egypt’s last appearance 28 years back, the Pharaohs have not been at their best on the African continent.
Africa might not expect much from the side as they face tough opponents in Group A.
Morocco are aiming to bring the World Cup to Africa in 2026, once the bid is approved in the coming days.
The North Africans have been absent fromt the World Cup in the last 20 years.
Their return plunges them into battle with some of the best ranked countries in the world — Spain and Portugal.
It is no easy walk in the park for the side that boast a strong defence.
Coached by one of the best in Africa, Herve Renard, Morocco are no pushovers and they can upset the favourites in the group.
They rely heavily on Hakim Ziyech, Ajax forward crowned Dutch Footballer-of-the-Year.
In defence, Juventus’ Mehdi Benatia will be needed together with Achraf Hakimi of Real Madrid in the rearguard.
Senegal shocked the world when they outwitted defending champions France (1998 winners) in 2002 and Sweden to reach the quarter finals stage.
Today, Senegal are at the World Cup where they are expected to put up another good show for Africa.
In a fair group, the West Africans carry the hope of the continent.
With a good crop of players in Sadio Mane of Liverpool, Idrissa Gueye of Everton and Kalidou Koulibaly of Napoli, among others, the class of 2018 is expected to surpass the exploits of the class of 2002.
The popular crop of the Lions of Teranga featured the likes of El Hadji Diouf, Khalilou Fadiga, goalkeeper Tony Sylva, Aliou Cisse (now in the Senegalese technical team in Russia), Moussa Ndiaye and Omar Daf, among others in 2002.
Many will remember their victory dance by the corner flag after scoring a goal.
It is now 16 years after the memorable performance and hopes are high that the side will deliver. With a bit of luck, Senegal may make it to the Round of 16.
Mane, the man who has been influential at Liverpool carries the hopes of thousands of African souls at the World Cup.
His career-boosting goal at the UEFA Champions League final will give him motivation to score at the highest level and do his nation proud.
His pace and dribbling should produce goals for Senegal.
Nigeria are one of the African teams to participate at the World Cup on numerous occasions.
The memories of Austin Okocha at the World Cup are still fresh as the star left lasting impressions of his ball wizardry.
Though not having a playmaker of Okocha’s calibre, Alex Iwobi and Kelechi Iheanacho have potential do cause more upsets on their opponents.
In the midfield, John Obi Mikel and Victor Moses are expected to provide stability to the Super Eagles’ quest for glory.
They are unfortunate for being in the same group with Argentina.
The highly-rated Argentina may cause all sorts of trouble for all teams in the group captained by Lionel Messi.
They may capitalise on Iceland, the weakest team in Group D, but Croatia are an unpredictable side.
Tunisia make a fifth appearance at the World Cup this year.
The Eagles of Carthage last featured at the world soccer showcase in 2006 and have not gone beyond the Round of 16.
Ellyes Skhiri is one of the star midfielders who turns out for Montpellier in France.
The Eagles of Carthage will be without Youssef Msakni who suffered a ligament injury in April.
The weakest team in their group might be Panama, while strong opposition will be from England and Belgium.
Let the best African team put Africa on the world football map.