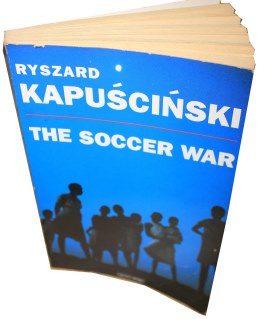 ON Wednesday, this week, a 200 million populated nation was stunned to silence in the soccer loving nation of Brazil after they were convincingly beaten 7-1 at the Mineirao Stadium in Belo Horizonte by Germany.
The images going around the social networks show fans kneeling and weeping in the streets across Brazil.
To them soccer is more than just a game, it is life itself.
A tale is told about one Augusto Mariaga, a Mexican prison warden at a maximum security prison in Chilpancingo who became delirious with joy after Mexico beat Belgium in a soccer World Cup match that he ran amok firing a pistol into the air and shouting, “Viva Mexico!”
He opened all cells releasing 142 dangerous criminals, but was later acquitted by the courts as he had acted in ‘patriotic exaltation’.
Polish journalist Ryszard Kapuscinski in his book, The Soccer War aptly explains this craze as he describes the war that began as a result of soccer in 1969.
Kapuscinski’s book is a result of his witnessing revolutions in 50 countries where he operated as the only foreign correspondent for the Polish Press Agency from 1964 to 1974.
It was there that the journalist-cum-author witnessed the soccer war between El Salvador and Honduras.
“In Latin America, the border between soccer and politics is vague,” Kapuscinski writes.
“There is a long list of governments that have fallen or been overthrown after the defeat of the national team.
“Players on the losing team are denounced in the press as traitors.”
According to the writer and historically, there had always been long standing dispute between Honduras and El Salvador which has continued to this day.
The war that lasted 100 hours began on Sunday June 8 1969 in the Honduran capital, Tegucigalpa, when the El Salvadoran team arrived for their match at the hotel and were subjected to psychological warfare by Honduras fans.
“A swarm of people encircled the hotel,” Kapuscinski writes.
“The crowd threw stones at the windows and beat sheets of tin and empty barrels with sticks.
“They set off one string of firecrackers after another.
“They leaned on the horns of cars parked in front of the hotel.
“The fans whistled, screamed and set up hostile chants.
“This went on all night…the next day Honduras defeated the sleepless El Salvador squad one-nil.”
The goal was scored in the last minute by Honduran Roberto Cardona.
At that moment in El Salvadore 18-year-old Amelia Bolanios got up and shot herself in the heart with her father’s pistol.
She became a football martyr, according to the local press at that time, “the young girl could not bear to see her fatherland brought to its knees”.
Her funeral turned out to be a state-affair and her coffin was accompanied by a military guard of honour draped in the military flag with the President of the Republic, his ministers and the national team in entourage.
A week later, the return match was held in San Salvador.
“This time it was the Honduran team that spent a sleepless night,” Kapuscinski writes.
“The screaming crowd of fans broke all the windows in the hotel and threw rotten eggs, dead rats and stinking rags inside.
“The players were taken to the match in armoured cars — which saved them from revenge and bloodshed at the hands of the mob that lined the route.
“During the playing of the Honduran national anthem the crowd roared and whistled.
“Next, instead of the Honduran flag – which had been burnt before the eyes of the spectators, the hosts ran a dirty, tattered dishrag up the flag pole.
“El Salvador prevailed, three nil.”
Soon afterwards the Salvadoran military launched an attack against Honduras.
Indeed the Latinos love their soccer, but the attachment is not just craze for the game, but rather a clutch by which they hold on in the midst of poverty.
The Jamaicans formed the Rastafarians movement as a statement against political and economic oppression.
The dreadlock and the marijuana are more than a lifestyle.
They are an identity clutch just as soccer is synonymous with Brazil and the rest of Latin America.
The cause of the ‘soccer war’ was economic in nature, centred on the immigration between El Salvador to Honduras.
Honduras is more than five times the size of neighbouring El Salvador, but in 1969 El Salvador had a population that was more than double that of Honduras.
At the beginning of the 20th century, Salvadorans had begun migrating to Honduras in large numbers.
By 1969 at the time of the soccer war, more than
300 000 Salvadorans were living in Honduras most likely resulting in the tensions between the two nations.
One is reminded of the xenophobia attacks when South African blacks began torching and killing Zimbabwean migrants because they felt the visitors were occupying their space economically.
In both scenarios the warring parties ignored the real enemy and began to attack the perceived one right before them.
In the case of the Latin Americans, The United Fruit Company, an American company owned 10 percent of the land and it merged with other large corporations making it hard for average land owners to compete.
This group of united corporates pressured Honduran president, General Oswaldo Arellano, to protect the property rights of wealthy landowners.
As the demand for land increased, the Hondurans conducted a new land reform law by 1967.
This legislature gave the central government and municipalities much of the land occupied illegally by Salvadoran immigrants and redistributed it to natives.
The land was taken from both immigrant farmers and squatters regardless of their claims to ownership or immigration status.
Thousands of Salvadoran labourers were expelled from Honduras, including both migrant workers and longer-term settlers.
All this was done to protect the corporates and thus began the tensions which exist to this day.
The soccer match, although a passionate pastime was just the excuse the two nations needed.
They killed each other in the 100-hour war while the real enemy watched.
That is the real tragedy of the developing world, one of failing to see the real enemy.