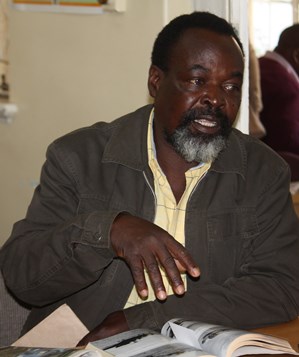 The story of Isaac Mupazviriho

THERE was nothing good about the morning of February 17 1978 in Mupazviriho Village, Svosve.
“Torai imbwa dzenyu idzo munochera makomba mufushire,” (take your dead dogs and bury them) said the Rhodesian soldier.
Several lifeless villagers, seven girls from our village, among them my sisters, were the dead being referred to as ‘dogs’.
Their bullet-riddled and bayoneted bodies were a gory site.
Some of them were unrecognisable, were it not for their clothes.
The Rhodesian soldiers addressed us with the arrogance of cowards and the desperate.
For impact, they delivered the message in Shona.
Infamous Rhodies who operated in our area who included Iain Kay, just like Roy Bennett, were fluent in Shona.
And they made it a point to deliver messages meant not just to dampen, but to break our spirits and to demoralise us in our language.
Ekenia and Shelly Mupazviriho, Agatha Changadzo, the Nyabonda and Shanganya girls were among those who perished in a battle that lasted for hours.
For as long as I live, I will never forget this horrible incident.
It was the tipping point for me.
Soon after, I left the country to receive military training.
The sight of my sisters and fellow villagers being paraded, the indignity and inhumane gesture did not serve its intended purpose.
I was not deterred.
I was not scared.
I was not shaken.
Instead I was angry, more determined and fired up to continue with the struggle.
They thought such displays would stop us rendering support to the guerillas.
I was in my early 20s.
The girls who lay dead were not just family, but huge contributors to the liberation struggle.
Their contribution to the struggle inspired me.
In the early hours of February 16, they had left our village with the comrades for Muchemwa Village.
Our village was the springboard from which guerillas operating in the area sprang from.
My sisters were part of chimbwidos who were trusted by the freedom fighters and helped with orientation of the masses.
On the fateful day, they left to assist the freedom fighters open a base in Muchemwa.
By 1977, the guerillas had evolved into an efficient force while Rhodesians were becoming increasingly ‘confused’.
On the other hand, our vision for the country, a liberated nation, every day became clearer.
Thus no amount of cruelty and displays of ‘invincibility’ would get us off the path that led to independence.
Unfortunately the mission that my sisters and fellow collaborators had embarked on with the guerillas had been reported to the Rhodies.
When they had gathered the people and began to teach them, the Rhodesians attacked.
Re-inforcements came from the nearby Mayor Estate in the form of helicopters.
It was a massacre.
But the guerillas did not go down without a fight.
They fought valiantly.
And on the morning of February 17, the Rhodies in a mop-up exercise carried the bodies of the collaborators and brought them to Mupazviriho School.
At this stage of the war, Rhodesians, desperate and losing the war, had embarked on massacres.
By killing innocent civilians, in some cases whole villages, they hoped to stem the tide of the war.
The Rhodies were even crossing borders, bombing refugee camps in Mozambique and Zambia.
But all these efforts, like I stated, were in vain.
It was in 1977 that Rhodesia’s Foreign Minister, P. K. van der Byl said: “We will contest every hill and every river, every village and every town, every crossroad and every bridge.”
He was wrong.
It was a message from a people who had closed their eyes hoping that when they opened them, they would see no war; they badly wanted the war to be a bad dream from which they would wake up.
As we collected our dead, our resolve to win our freedom not only increased, but hardened.
The message of the soon to be vanquished Rhodesians, their insults, were drowned by the messages that came from our dead.
Takatsidza kufira Zimbabwe was all we heard from the fallen comrades.
These fighters and collaborators they referred to as ‘dogs’ were our champions and their blood had not been shed in vain.
It watered the struggle.
Soon after the incident, I left for Mozambique.
In fact, at least eight members from my family left to receive military training.
I assumed the name ‘General Chiororo’.
Compiled by Evans Mushawevato