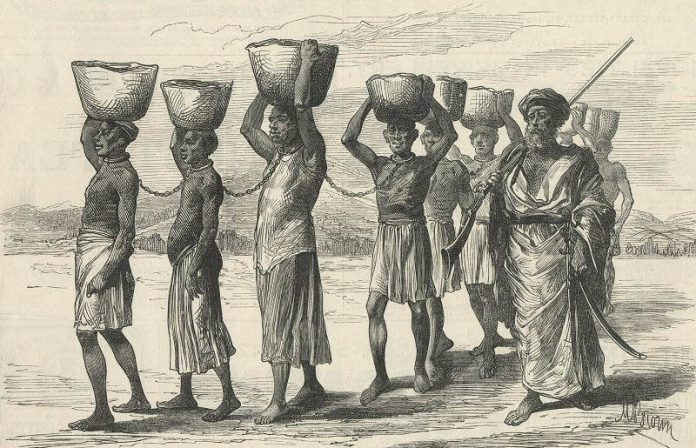 RECENTLY, Forbes Magazine published a story which states that archaeologists found more than 150 skeletons of enslaved Africans in a Portuguese trash dump.

Among the skeletons was a significant number of women.

“The skeletons come from the site of Valle da Gafaria, which was located outside the medieval walls of the port city of Lagos along the southwest coast of Portugal. Used between the 15th and 17th centuries as a dumping ground, the site also offered up remains of imported ceramics, butchered animal bones, and a few African style ornaments.

“When the human skeletons were first analysed, their shape and unique dental style suggested they may have been of African origin, and a later genetic analysis confirmed ancestry with southern African, Bantu-speaking populations,” reads part of the story.

Sadly, the discovery of the skeletons tells a story that reveals that even in death, African slaves were not treated with the dignity every human being deserves.

So brutal was the slave trade that it had no regards  for the sex of persons being traded; men and women were treated alike.

Evidence from a Forbes Magazine story and a number of narratives that chronicle the life and story of the slave trade show that women suffered immensely during this trade.

All that was needed in this hugely profitable trade were ‘mules and mares’ to work on the plantations.

In his book The Slave Trade: The Story of Transatlantic Slavery, Oliver Ransford talks about the painful experiences of African women who were separated from their children.

“Separation made their sadness worse; sons rushed over to their fathers, mothers were beaten but refused to give up their children,” writes Ransford.

Pioneers of the Transatlantic slave trade did not spare a thought to consider that, in most African societies, the woman’s main social role was that of motherhood.

Whereas childbirth in Africa was a rite of passage for women that earned them increased respect, within the Transatlantic slave trade, it was an economic venture for the master who multiplied his labour force through using women slaves for breeding purposes.

Quoted by Martin Meredith in The Fortunes of Africa: A 5000 Year of History of Wealth, Greed and Endeavour, one court chronicler Gomes Eanes de Zurara said dividing the slaves was difficult.

“For as soon as the children who had been assigned to one group saw the parents in another, they jumped up and ran towards them; mothers clasped their children in their arms and lay face down on the ground, accepting wounds with contempt for the suffering of their flesh rather than let their children be torn from them,” said the court chronicler.

Indeed one can agree that slavery desecrated the very essence  of womanhood in Africa.

It is depressing to note that when they were taken as captives, African women, like their male counterparts, were abused.

Their captors did not consider, rather did not care about, the emotional and mental trauma of separating a mother from her children.

The stark reality about slavery as a legacy is that it left memories and scars still affecting Africans today.

In their book Slavery and the Making of America, writers James and Lois Horton had this to say: “Slavery was a coercive system sustained by the mobilisation of the entire society, and its maintenance rested on the use of unimaginable violence and the constant threat of violence.”

It is that brutal violence that various studies have shown to still affect African-Americans’ mental health.

Some held their heads low, their faces bathed in tears as they looked at each other; some groaned very piteously, looking towards the heavens fixedly and crying aloud, as If they were calling on the father of the universe to help them; others struck their faces with their hands and threw themselves full length on the ground; yet others lamented in the form of chant…

To increase their anguish still more, those who had charge of the division then arrived and began to separate them one from another so they formed five equal lots. This made it necessary to separate sons from their fathers and wives from their husbands and brother from brother. No account was taken of friendship or relationship, but each one ending up where chance placed him…,” Meredith’s court chronicler said.

The Transatlantic Slave Trade breached all the social and cultural tenets that gave the African woman power, dignity and self-esteem.

One can allude to the Zimbabwean proverb ‘Musha mukadzi’ which represented the position and respect accorded a woman in Africa.

Loosely translated, the adage means that a woman is the hinge holding together a home.

In other words, such an adage depicts the importance of women, not only in Zimbabwe but in Africa as a whole.

In an African context, the adage simply highlights the position in which the woman is placed in the society.

A woman is seen as an agent of development from the structures of a home and the nation at large.

This is the reason women are given the responsibility of providing and improving household food security and the community.

History of a number of African states that existed before and during the slave trade era show that women were powerful in their societies.

One cannot talk about powerful women in Africa without mentioning the contribution and power of Queen Nzinga Mbande of Angola, who was not only known for her prowess in war but her ability to fight off slave traders.

To protect her people, Queen Nzinga went straight to the Portuguese governor’s office to demand the safe return of her brother and the release of Angolans from slavery.

However, the question one might ask is, what did the Transatlantic Slave Trade do to destroy the dignity of Africa women?

“The majority were female slaves who were bought by prosperous urban households for use as servants and concubines,” writes Meredith.

The ethical, social and economic issues associated with the Transatlantic Slave Trade saw men and women yoked together as they were transported from the hinterland to the ships.

To some extent, women were even flogged and stripped naked in front of their children and male counterparts.

Suckling babies were mercilessly killed as they would slow down the march to the coast.

The slave owner’s exploitation of the black woman’s sexuality was one of the most significant factors differentiating male and female experience of slavery.

It is disheartening to know that women slaves were dragged from Africa for the purposes of breeding.

The infamous Middle Passage, which is the part of the trade where slaves were compactly packed in shipholds, to be transported across the Atlantic to the New World  also presents gruesome atrocities committed on African  women slaves.

A number of narratives highlight that it was in the Middle Passage that the   human dignity was lost as women captives suffered the most.

Besides being packed like sardines together with men, women captives went through extreme and miserable conditions that stripped them both of their dignity and womanhood.

“In some ways the experiences of the female slaves exceeded in anguish those of the men during the Middle Passage,” writes Ransford.

The captors did not also take into consideration the trauma women faced when they lay naked besides men who were not their husbands.

Apart from suffering as captives, women slaves also went through the horrors of providing sexual pleasure to officers on the ships.

Newton, one  writer quoted by Ransford says: “When the women slaves  who were naked, trembling, terrified, perhaps almost exhausted, came on board they were fiercely watched by the crew and in imagination, the  prey is divided, upon the spot, and only reserved until opportunity offers.”

Resisting the crew’s sexual advances could lead to flogging and “…if a woman acquiesced to them at once, however, she might be rewarded with a few beads and more comfortable quarters.”

It is sad that even pregnant women were not spared of such gruesome acts that destroyed and hindered Africa’s development.

Inevitably, pregnant women were included in the slavers’ cargoes and bore their babies on board: “It was no uncommon experience, writes one captain ‘for women to be bringing forth children, and men dying by their side, living and dead bodies chained together: and the living, in addition to all their other torments, labouring under the most famishing thirst, being in very few instances allowed more than a pint of water a day.”

An American sailor reporting on the same subject said: “Pregnant women gave birth to babies whilst chained to corpses, which our drunken overseers had not removed.”

The Transatlantic Slave Trade is one experience that will always remind Africans of how they were robbed of their freedom and opportunity to develop in various aspects that include the economic, social and political spheres.