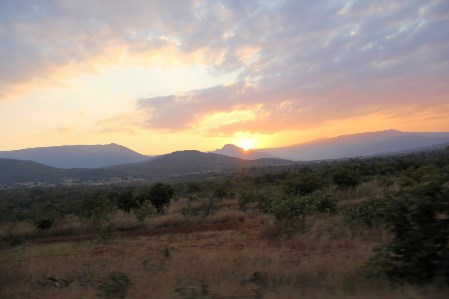 WHEN over 200 000 black farmers occupied white owned farms in 2000 under the Land reform and resettlement programme, it caused worldwide shockwaves.
The country faced criticism and persecution.
Although a decade later the programme has been professed a success even by the country’s adversaries, little is known about how the country lost the land- their birth right and how many subsequently suffered due to the loss and in the process to repossess it.
Africans were dispossessed of their land through the Land Apportionment Act of 1930, the Land Husbandry Act of 1951 and finally the Land Tenure Act of 1969.
With the increasing numbers of whites coming into the country in the 1960s, many blacks were dispossessed of their land and forced into reserves that were already overcrowded.
But Chief Rekayi Tangwena and his people of Kaerezi, occupying 50 square miles of land in Nyanga District, defied the colonial government’s 1963 order to move from their ancestral land which had been deemed European land.
Chief Tangwena and his people were ordered to move to Gokwe to Bende some reserve 650km away and they steadfastly refused.
The Tangwena people who had lived in the Inyanga area for hundreds of years fought the evictions and took their case to court.
When the government realised in 1968 that Chief Tangwena and his people could not be lawfully removed, they issued a decree that effectively gave way to the new Land Tenure Act.
With this piece of law in hand, on October 29 1970 the police arrived at Kaerezi village at around 4am with 34 land rovers, five trucks and a bulldozer to evict the Tangwena people.
The security forces burned down their homes, destroyed their crops, impounded their cattle, arrested men and women and closed down their school.
All the impounded cattle were immediately sold by the pound-master.
Pictures of the destroyed villages appeared in the local press and the matter was widely reported internationally.
However, nothing was done to resolve the situation.
There were no sympathies from abroad, no protest by the international community.
Rather than move to Bende, Chief Tangwena and his 1 000 people fled to the mountains surrounding their homes and stayed there for about six years living a hand-to-mouth existence subject to sudden police raids and patrols.
The then Umtali Post of November 4, 1970 screamed, “There can be little sympathy for the Tangwena tribes people who are behaving like stubborn fools and threatening to defy the laws of the land . . . Today, more than 1 000 Tangwena are reported to have gone into hiding in the Inyanga Mountains, ‘living like baboons’.
“No one wants to see them living like baboons in the mountains or dying from starvation or anything else . . . If the present situation continues or worsens, it would not surprise us to see more people in court and they may not all be Tangwena tribesmen.”
Living a hard life in the mountains, the Tangwena people would come out of their hideout during the night to replant and rebuild homes destroyed by the Rhodesian government.
This is where today’s term ‘matangwena’ often used to refer to makeshift ramshackle shelters that squatters typically live in before building more established homes came from.
The Tangwena people would avoid the use of cooking fires to avoid being discovered.
As a result police raids and patrols increased.
In June 1971the Rhodesian police carried out a major raid on a farm cooperative believed to be helping the Tangwena people
The farming company was prosecuted for sheltering Chief Rekayi Tangwena and some of the Tangwena women but the prosecutions resulted in acquittals.
In July 1972 there was another raid, Chief Tanagwena and 10 men were arrested.
Despite the prosecutions, police raids and harassment the resolve of the Tangwena people did not weaken.
A group of women marched more than 30 miles (50km) to the District Commissioner’s office to demand the release of their leader and people.
Bare-breasted, the women protested the arrest of their leader and had to wrestle with the Rhodesian police.
They taunted the police, singing and ululating.
Some women even stripped of the little clothing they had and rubbed dust on their bodies in protest.
During the scuffle with the police, many women were injured including Chief Tangwena’s wife and a pregnant woman.
As a result of the demonstration Chief Tangwena and others were released and the charges were dropped.
It was after this demonstration that events took a terrible turn for the Tangwena families.
To force the people out of hiding, the Rhodesian police once more visited the farm accompanied by officials of the department of social welfare.
This time they had come to terrorise children.
The security forces had told the department of social welfare that the children had been abandoned by their parents and therefore were regarded as children in need of care.
About 115 children aged between four and 13 were forced to board army trucks and were taken to Nyanga and later to Salisbury (now Harare).
Three children resisted by jumping off the moving trucks and ran off to the mountains where they re-joined their parents.
Later the children were split and placed at nine different mission stations.
But this did not deter the Tangwena people.
All attempts to break their iron will, all efforts to terrorise the Chief and his people were futile.
Instead they continued with their fight with many moving into neighbouring Mozambique for the liberation struggle.
In 1975 when Robert Mugabe and Edgar Tekere needed an escape route from Salisbury, it was the Tangwena people who helped set it up.
Chief Tangwena guided them across the border into Mozambique so that they could help intensify the liberation struggle.
The Tangwena people also helped thousands of boys and girls cross over too, and fed, sheltered and clothed many freedom fighters.
It was only after gaining independence in 1980 that the Tangwena people returned back to their ancestral land and reunited with their children.