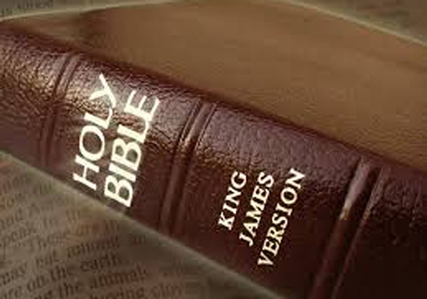 IN the last article on whether whites are really there in the Bible, we used the version of the Bible that King James authorised for use by churches around the world.
We could have gone on to explain why King James wanted his version of the Bible to be the authorised one for use and not the original one, and what exactly made him unhappy with the original Bible.
We would have also explained why there are so many other versions of the Bible being churned out every now and again, and what exactly it is that they are revising in the original Bible and how and why.
The answer to these questions would have gone a long way in understanding the war that whites and the Church are waging to whitewash the Bible by covering up as much reference to Africa in the Bible as they can.
One method which seems innocent is to change African place names in the Bible that Africans are familiar with and replace them with place names known by a very few Africans who have studied Bible history, that is, if they are inquisitive enough.
Otherwise, as is the case right now, the majority of Africans, including those who know Bible history, are persuaded to think these names exist only in the Biblical and not in the real world.
So when you ask mundane questions like, “Where is Eden?”
They come up with statements like, “The Bible is universal.
“It is not about a particular place.
“It is about the salvation of all mankind in the world.”
And they turn away to go.
But the same people would not also answer the question: “If the Bible is about all people and all places in the world, why change all the characters in the Bible into white people?”
The other question they dare not answer is: “If it is not important to know the actual places mentioned in the Bible, why did a whole king, that is, James, and leaders of the Church spend so much wealth and effort to replace the familiar African place names in the Bible with unfamiliar ones?”
Here is the first mischief.
We shall once again refer to the Garden that the Bible says the Lord God planted in the east of the land called Eden.
The version of the Bible that King James said should be used by the Church says one of the rivers that watered the Garden surrounded ‘the whole land of Ethiopia’.
Now, everyone knows where Ethiopia is and that it is not a mythical place found everywhere in the world.
Ethiopia is an actual geographical place in Africa.
It is so today and at the time the Bible was written.
If you also look at the world map, you will see that the river that surrounded the whole land of Ethiopia is the ‘Blue Nile’ that rises from Lake Tana.
The world map also shows that the Blue Nile is a branch of the ‘White Nile’ which the Bible refers to as, “A river that went out of Eden to water the Garden.”
So, if both the Blue Nile and the White Nile are in Africa, it is obvious that the landmass which the Bible refers to as ‘Eden’ is indeed Africa.
The King James Version failed to hide that.
But other Versions, The Revised Standard Version, The Good News Bible: Today’s English Version, and The Living Bible: Paraphrased, tried with some degree of success by changing the whole land of Ethiopia to the whole land of Cush.
Ethiopia becomes Cush, also spelt as Kush.
Ordinary people are familiar with Ethiopia and know that it is in East Africa.
Many have never heard of Cush and don’t know where it is.
Now, a major purpose for revising or paraphrasing any document is to bring clarity to it.
For instance, how many people know that Cush is a descendant of Ham?
And how many people know that when the Bible says ‘the whole land of Cush’ it means ‘the land ruled by Cush’?
How many people know that ‘Havilla’ is also a descendant of Ham in the Bible?
And how many know that when you say, ‘the whole land of Havilla’ you mean ‘the land ruled by Havilla a descendant of Ham’, and therefore both Havilla and Cush could not be white people, and that the lands they ruled could not be in Europe, but in Africa called Eden in the Bible?
We shall pursue this further in the next article.