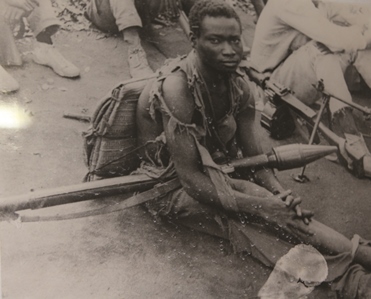 ONCE upon a time, there was a Leadership Code that defined and guided ZANU PF and its leadership.
It was the commitment, conviction, honesty and dedication espoused in the code that drove and won the liberation war. It got lost in the intoxicating noise celebrating independence.
Adopted at the Second People’s Congress August 8-13, 1984
WHEREAS the Zimbabwe African National Union constitutes a Socialist party; and; where as it is expedient to impose on leaders a strict code of behaviour with a view to assuring the advent of socialism in Zimbabwe; NOW THEREFORE it is hereby decreed and ordered by the Second People’s Congress of the Zimbabwe African National Union here inafter referred to as ZANU as follows:
Citation:
1. The rules and regulations hereunder shall be cited as the Leadership Code, 1984.
2. This code shall apply to leaders who are members of ZANU.
3. In this code, a leader means any person included in the schedule.
4. The Central Committee of ZANU may from time to time amend the schedule, except that no such amendment may detract from it.
Personal Conduct:
The ZANU Central Committee safeguards and implements policies of the party in their application to the nation and to the leadership.
Every leader shall abide by the Party Constitution as the Central Committee shall declare, and shall not:-
1. Knowingly act or express himself in a way that violates the Constitution.
2. Deal arbitrarily and arrogantly with members of the public or indulge in any conduct which brings the party into disrepute or ridicule.
3. Disclose party or government secrets or any confidential information to any unauthorised or unentitled person.
4. Be seen or found drunk in a public place.
5. Commit acts of immorality,
6. Be repeatedly dressed in a slovenly or in appropriate manner thereby failing to maintain personal neatness and cleanliness.
ZANU leadership shall function within its ranks with candour honesty and discipline and therefore:-
1. A leader shall not deliberately and willfully mislead or give untrue information to the Central Committee or any other organ on the party.
2. A leader shall, where reasonable orders/ instructions have been given by any person above him, obey and comply promptly with such order/ instruction
3. In the case where a leader believes that an instruction from a ZANU official seriously violates ZANU’s constitution or policies, he may decline to carry out the instruction and promptly notify the immediate authority above him of his reasons for his refusal.
The party firmly upholds the principle of equality of man.
Therefore publicly or privately a leader may not advocate or practise any of the following:-
1. Tribalism.
2. Regionalism
3. Sectionalism
4. Nepotism
5. Racialism, and
6. Sex discrimination

ZANU regards corruption as an evil disease destructive of society.
Therefore it is hereby decreed that a leader shall not:
a. Accept or obtain from any person or for any other person a gift or consideration as inducement or reward for doing or failing to do or for having done or fore-borne to do any act in relation to the party’s business or the business of the Government or for the purpose of showing or forebearing to show favour or disfavour to any person in relation to the affairs of the party or Government.
b. Give or offer a gift to any person as an inducement to that other person to do a favour or as a reward for a favour he has obtained or been promised,
c. Use funds of the party or the Government or produce false receipts and or account falsely for such monies with intent to deceive the party or the Government.
d. Make collusive arrangements with commercial or other persons or secretly obtain consideration for himself or for another person or fail to disclose the full nature of the transaction to the party or to Government.
e. Decline to disclose his personal financial affairs or other assets to a properly constituted party or Government body of officials investigating corruption.
ZANU believes that a leader who concentrates on acquiring property or who personally engages in the exploitation of man by man rapidly becomes an ally of the capitalists and an enemy of socialism, and of the masses of the population.
Except as provided in this section and except as required by his official position, a leader may not:-
a. Own a business, a share or an interest in a business organised for profit, provided that this shall not be interpreted as prohibiting such petty sideline activities as chickenruns, small plots and gardens on one’s residential property.
b. Receive more than one salary.
c. Serve as a director of a private firm or business organised for profit.
d. Own real estate or other property or an interest in real estate or other property from which he receives rents or royalties.
e. Own more than one dwelling house: except as dictated by family requirements, but in no event shall additional houses be for purposes of earning rents.
f. Except with respect to interest received on account of monies deposited in a savings bank or similar institution, receive interest or other income on account of money loaned to another; “No leader shall indulge in Chimbadzo”.
g. Own or have beneficial interest in more than 50 acres of land.
h. In addition to a salary, receive fees on account of lectures or professional activities in excess of ZW$1000 a year.
j. Nothing in this section prohibits a leader from receiving a fee/ or a royalty on account of a book or work of art or patent that he personally wrote, created or invented.
‘Relative’ means a wife, son, a daughter, grandchild or any other relation of the family.
‘Friend’ shall include an acquaintance.
Where a relative/ friend indulges in business or other profit-making activities
The Central Committee shall have a right to ascertain that leader does not derive any financial benefits from them.
In no circumstances shall relatives be used as fronts to business ventures.
The Central Committee shall require that leaders disclose their assets periodically, and when so asked, leaders shall comply.
While a leader may secure a loan against his salary, in no circumstances shall he use his position to borrow funds or secure any other personal benefits.
It is the duty of every leader to resolutely defend the party and Government at all costs against enemies.
Failure to do so is a dereliction of duty which renders one liable to disciplinary action.
a. This Code shall be implemented by appropriate Disciplinary Committees which must serve as watchdogs of the party
b. A person aggrieved by a decision of the Disciplinary Committee may appeal against the decision to a higher Disciplinary Committee.
c. The Disciplinary Committee may find a leader in violation of this Code only after it has given the leader reasonable notice of hearing and an opportunity to hear the evidence against him as well as to present his own evidence.
d. If on the strength of the evidence presented to it, the Disciplinary Committee should find that a leader indeed violated the Code, it shall impose an appropriate sanction on him.
The sanction may consist of a recommendation based on the sanctions proposed in the constitution of the party, or/and that government take appropriate action against the offending leader.
Schedules
For the purposes of this Code, the following constitutes leaders:
a. Members of the ZANU Central Committee.
b. Members of the ZANU Provincial, District and Branch Executive Committees.
c. Members of the Woman’s League National Executive Council Provincial District and Branch Executive Committees.
d. Members of the Youth League National Executive Committee, Provincial, District and Branch Executive Committees.
e. Ministers.
f. Deputy Ministers.
g. Provincial Governors.
h. Members of the Public Service Commission, and Judicial Services Commission.
I. Commissioned Officers of the Army, Air Force, Police and Prison Services.
J. Civil Servants of the rank of executive administrative officer and above.
k. Employees of parastatals, local and municipal authorities equivalent to the ranks of executive/ administrative officer and above in the Public Service.