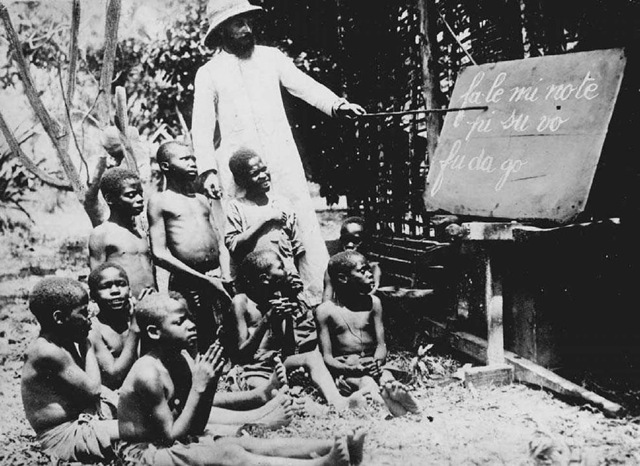 Whistle in the Wind

Published by University of Virginia (2000)

SET in Senegal, the book Whistle in the Wind  revolves around Abdalla, a boy whose dream is to study film-making in the US.

Abdalla, the eldest in a family of five has a young brother Chijioke and three sisters — Abimbola, Amia and Aba.

His parents are Issa and Suma.

Abdalla and Chijioke, typical of the African the whiteman created, believed their dreams would only be realised in the US where ‘everyone is rich’.

The two lads envy those living in the US.

Abdalla’s parents had managed to fend for their family through farming.

The book is set at a time missionaries were still penetrating Senegal with the aim of spreading Christianity to the Africans.

Bugul explores how the African family unit disintegrated following the arrival of the missionaries.

“Not only had the white missionaries come to spread Christianity, they changed the way of life for the Africans, making them leave behind part of their culture,” writes Bugul.

By so doing, the whiteman was creating a conflicted African with no sense of belonging.

Africans had their own religion which the missionaries ensured they (Africans) demonised.

They (missionaries) made Africans despise their own religion.

Before the arrival of the missionaries, Bugul explains how the families used to share a piece of land, with the husband building houses for his several wives in the second compound.

“Male children after marrying were given land to build houses in the same compound as the parents,” writes Bugul.

“However, the whiteman had come and discouraged polygamy and people were moved from their land and in the process families became scattered.”

The ‘turning point’ in Abdalla’s life is when one John Easton, a white missionary based in New York, visits their local Church.

Abdalla shares his dream of studying in the US and Easton promises to assist.

Indeed, Easton proves to be the answer to Abdalla’s prayer as he assists him to enrol at New York University.

Before Abdalla moves to New York, he continued to work in his parents’ fields with his brother.

“Chijioke discovers alluvial diamonds in the fields and he secretly gathers them and sells them to a diamond dealer, and this proved costly to his family,” writes Bugul.

“Unbeknown to Chijioke he was not the first one to discover the precious stones but it had been a family secret that had been kept for generations.

His father had also secretly collected the diamonds and sold them to dealers and the proceeds were used for the upkeep for his family.

Luck ran out on the family as the dealer Chijioke sells the diamonds to rattles them out to Government officials.

The family’s fields are seized by the Government which began mining operations on the land.”

The fate suffered by Abdalla and his family mirrors exactly how Africans were displaced from their homes while the whites took advantage and looted natural resources that belonged to the Africans.

The family uses its last savings to send Abdalla to school so he could complete his studies and later move to New York to pursue his studies.

All the other children had to drop out of school.

Typical of the whiteman’s creation, Abdalla’s mother Suma instead of blaming Government for its unfair treatment assured the family that ‘God had plans for the family and they should not despair’.

She had been indoctrinated by the missionaries that: “Blessed are the poor on earth as their riches are in heaven.”

The line by the missionaries was only meant to silence the Africans so they could not question the whiteman who was robbing them of their wealth.

The African was programmed to be content in poverty.

Abdalla moves to New York were Easton helps him with accommodation.

“It was after his move to New York when Abdalla had a rude awakening from his deep slumber as he realised that life was not all rosy in America,” writes Bugul.

“In order for him to sustain his stay in New York, Abdalla took up part-time jobs as a doorman, telemarketer and busboy.

Abdalla, like most Africans who have left home in search for greener pastures in America, are disappointed to realise not everyone is rich in America.”

Back home, Abdalla’s father is arrested for standing up against the white regime.

Chijioke, on the other hand, smuggles diamonds to New York where he sells them to a whiteman Feury, a drug dealer who introduces him to his way of life.

Unlike Abdalla who wants to work for his riches, Chijioke believes in quick money.

As the saying goes, ‘easy come easy go’, Chijioke’s days of partying in New York come to an abrupt end when his investments fail and he is left bankrupt.

Abdalla, fortunately, finishes his studies and, with the help of Feury, produces an award winning movie.

With the help of Feury, Abdalla moves his family to New York.

Once again the whiteman is portrayed as the hero in an African man’s life.

Ironically, it is the same whiteman who had caused problems in Abdalla’s life.

Had his family not been displaced from the land and their diamonds seized, his family would not be wallowing in poverty.

It is time the whiteman realised that the African is capable of solving his/her own problems.

The whiteman is not Africa’s saviour.