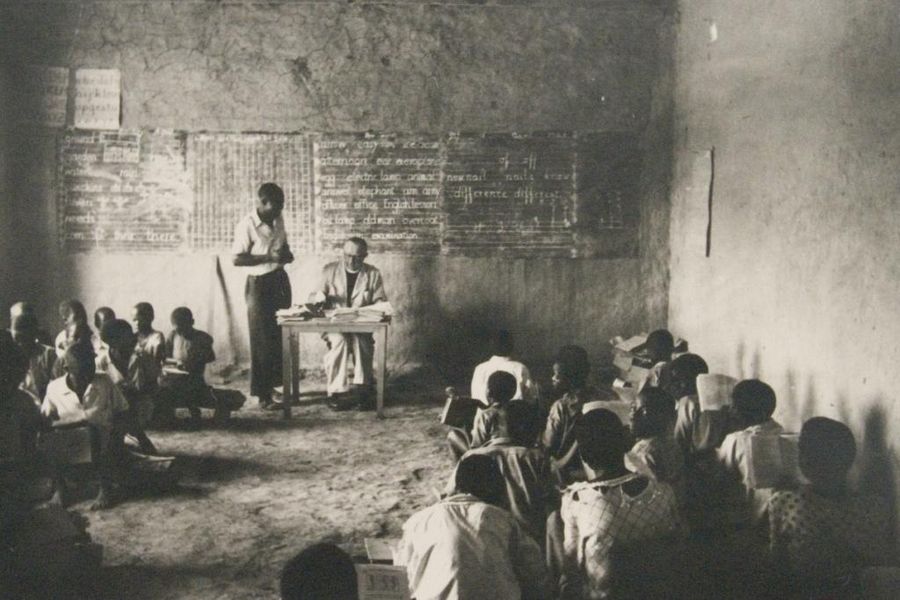 Consequently, indigenous education provided alternative ways of knowing the world from that presented through Western values.

In the process, it develops authentically African ways of seeing reality and constructing meaning as opposed to mimetic ways engendered by Western education provided by missionaries.

We go on to look at missionary efforts to provide education to Africans.

A study of the history of Zimbabwe shows that missionaries first tried to provide education to Africans before the advent of colonialism.

These efforts of missionaries, such as the London Missionary Society’s Thomas Morgan Thomas, Reverend Sykes and John Smith Moffat, were unsuccessful as Africans were happy with indigenous education.

Other missionary societies that tried to convert Africans to Christianity during the colonial era, but without success, were the Dutch Reformed Church, the Roman Catholic Church and the Anglican Church.

One of the strategies that made their education unpalatable to Africans was their tendency to attack and condemn everything African as ‘backward, primitive and barbaric’.

They attacked the core of African norms and values and as a result, Africans in Zimbabwe resisted Western education which missionaries combined with Christianity.

During this period, evangelism and education were synonymous. No headway could be made in converting and educating Africans, without the other.

Accordingly, when efforts to colonise Zimbabwe were set in motion, missionaries supported the colonisers hoping to be allowed to preach once the Africans were subjugated.

Before 1980, the colonial Government ran a dual education system.

This system promoted inequalities in the provision of education as the Government concentrated on educating the minority while leaving the education of Africans, who were the majority, to the Christian missionaries.

Those defined as whites were Europeans.

Education was synonymous with evangelism, meaning that education was used as a means to an end.

It was provided to Africans so they would be able to read the Bible on their own.

This means, once Africans were colonised, missionaries had the freedom to decide on the education they could provide to Africans.

The colonial Government was happy to leave African education in the hands of missionaries, as long as missionaries provided rudimentary education to Africans.

The Government was content to provide small grants to missionaries for the provision of education to Africans.

While missionaries were training people they would use as evangelists, they were also creating a pool of literate Africans whose labour the colonial administration would exploit.

During the colonial era, the Government of Rhodesia used education to ensure that Africans remained downtrodden.

Colonial education inculcated values that promoted white supremacy, racial segregation and the oppression of blacks by the whites who were in power.

Where education was provided, to keep Africans economically, socially and politically incapacitated, the regime ensured Africans did not receive any education that would give them ideas of liberation.

Thus, it was the Government’s dual policy of provision of education that, while education for whites was free and compulsory up to the age of 15 years, African education was not.

African education was for subservience only, to enable them to do those jobs Europeans found unattractive.

While missionaries claimed to be giving relevant education that would not alienate Africans from their communities, no attempt was made to ground the school curricula in African philosophical and cultural values enshrined in the philosophy of hunhu/ubuntu.

If anything, the education was a complete negation of everything African.

The result of the education they provided to Africans was psycho-cultural alienation and cultural domination of Africans.

That the colonial education system was intended to maintain the supremacy of the ruling minority was clearly stated by Godfrey Huggins, who later became Lord Malvern when he was Prime Minister of Rhodesia.

He was quoted in some academic journals saying: “I will go a little further and say that it is only by allowing our race the very best education and bringing out the latent talents there may be that we will enable our race to survive in Africa.

I will go even further and admit that although our youth may be able to play rugby football and protect their skins with differential legislation, they will not be able to preserve their white brain and if they are to survive, it will be by nothing but by superior education.”

The black population of Zimbabwe, from the very beginning of the advent of colonialism, was relegated to the periphery of the educational process in Southern Rhodesia.

The education of Africans, who were regarded as the ‘insignificant others’, was neglected and left to the philanthropic and humanitarian sensibilities of missionary societies, which, in most cases, expected financial assistance from the very same colonial administration which had no interest in seeing improvements in the provision of education to Africans.

The net effect of this was the underdevelopment of African education in terms of the goals which it set itself to achieve and the content it sought to transmit.

This inevitably meant any African Government that was going to take over political power was obligated to institute educational reforms that would improve the provision of education to Africans who formed the majority of the people in Zimbabwe and making education more accessible to the previously disadvantaged groups.

At independence, the Zimbabwean Government adopted scientific socialism as its guiding philosophy.

It also adopted the policy of education for all.

This policy was based on the belief in the ability of education to bring people to a higher level of consciousness and awareness of their community and cultural obligations.

This was based on the awareness that the underdevelopment of African education was a deliberate policy systematically pursued by the colonial Government.

To redress some of the colonial imbalances in the provision of education, the Government instituted a number of reforms.

These included, making education a basic human right for all Zimbabweans and introducing multicultural education in Zimbabwean schools such as those of the BaTonga that have embraced their indigenous education system.