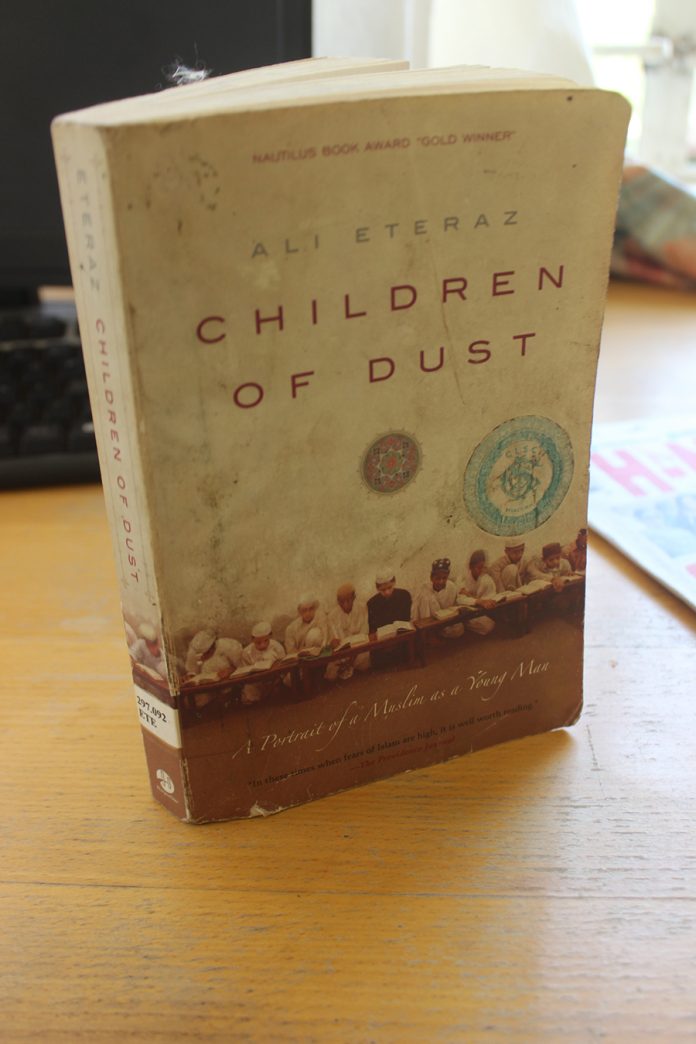 RHODESIANS have used literature to relive the memories of their long lost haven, Rhodesia.
In the various books they have written or continue to write, readers pick how bitter they are over their ‘loss’ and how they wish they could turn back the hands of time.
The book under review this week, Children of Dust, was written by Ali Eteraz.
Eteraz was born and bred in Wales.
Since 1989, he was a schoolmaster at St George’s College and it is from his experiences of the Zimbabwean liberation war and post-independence era that he writes the book.
The story revolves around Ned Finch who is posted to an African state, Bulwani, from Britain before the African state had attained its independence and was still at war with the white regime.
Finch was not too pleased with his posting to ‘black’ Africa but had to adjust to the new environment, ending up sympathising with the Africans.
Through Finch’s story, one should pause to think how sincere the whites who purport to be fighting for the cause of the blackman are.
What one should always know about the whiteman is that whatever he does, he does for profit.
When Finch arrived in Bulwani, he heard stories of how his superiors were abusing the Africans.
“There was rumour that he had beaten an African with the business end of a sjambok across the head and shoulders and that the man was now mentally retarded,” Eteraz writes.
The writer highlights cases of blacks abused by whites, showing how the colonialists grossly violated human rights.
Today, most people who witnessed white brutality carry the scars while for others it is mental torture to reminisce about the past.
After Bulwani attained its independence, Finch stayed in the country and remained in the system.
Conversations Finch had with some of his colleagues after independence show how bitter they are and how they looked down on black governments.
Dzingira Washington Moyo was elected president of Bulwani after independence.
Hugh Perry, Finch’s friend, is worried about the state of affairs in Bulwani after independence.
“Perry, who remained in Bulwani after it came under black majority rule, went on to say that he was deeply concerned that such a wonderful country was going to the dogs though his depression was partially lifted now that the majority of black people were saying it was time to get rid of this bunch of corrupt gangsters. But it will have to be done by the black people,” writes the author.
It is not surprising that Perry associates the black government with corruption and blames it for the downfall of the country.
Whites have never been able to appreciate that blacks can rule themselves hence they always find fault in whatever they do.
Perry makes an interesting observation when he concludes that, “Whites have lost their muscle.”
Whites know they are never going to colonise Africa again hence they are putting in place strategies on how they can once again get a hold of Africa’s resources.
Some of their strategies include funding political parties to topple governments that do not tow the line.
Such is the case of Zimbabwe, where Britain has been, for the past decade, funding the MDC party with the hope of removing ZANU PF from power.
Western countries also impose illegal economic sanctions on countries that go against their wishes in a bid to cripple them.
During Finch’s stay in Bulwani, the black government started taking back the land and giving it to its people to empower them.
“It was understood that the first thirteen farms, covering three hundred square miles, were designated for Government take-over later that month to resettle landless black African peasants,” Eteraz writes.
“The critical implication was that if, as the result of Land Act, farming confidence collapsed, the whole country would collapse, and there would be pandemonium.”
Just like the West thought land reform in Zimbabwe would fail, Finch also thought the programme in Bulwani would fail.
But time has shown that whites will never again colonise the continent.