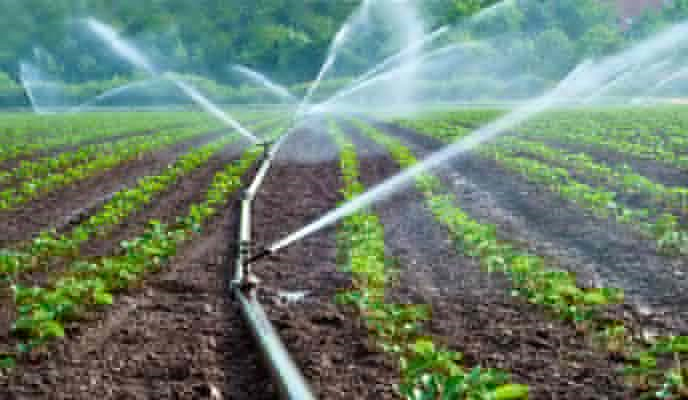 THE Zimbabwe election has been set, with many parties, including a number of hopeful independent candidates, vying in the July 30 2018 election.
Some party manifestos have been published. But where do they stand regarding the land?
Having fought and won the battle, the leading candidate, ZANU PF, is said to have summarised its manifesto in 25 pages compared to the MDC Alliance’s extensive manifesto of 106 pages.
With the coming of civilisation, land and land use has become more complex and the power issues around it more important. These more complex societies have used two major approaches to land allocation — political considerations (as in feudal Europe or the USSR), or ability to pay/buy (as in the industrial West).
Both being attempts to answer what is the best use, who is the best user and who should make these decisions?
In practice, both have their drawbacks, but of the two, it is my sense (or perhaps my bias) that the marketplace is potentially more efficient and more effective at decentralising power and decision-making (with, however, some qualifications that will be discussed below).
Thus, the first choice I am making is to explore alternatives that give the marketplace a central role in allocating who gets what land.
While ZANU PF commits to the continuance of Command Agriculture, the opposition will replace it with ‘Smart Agriculture’ in order to create a ‘One-billion-dollar’ economy with little detail on how, where, when and who pays. It is more of a ‘grand vision’ exercise — pie in the sky perhaps!
Is it because they do not yet have a vision that integrates them into the larger whole of a new culture. In their present state, can, and do, they provide a full answer?
Closely related to this is the question: On what basis is the land to be distributed (allocated) to people?
Historically, there have been three main ways that land has been allocated.
Many tribal societies traditionally did it primarily on the basis of the ability to use the land.
In the complex web of these cultures, custom and politics entered in as well as ability, but in general, there was no shortage of land or advantage to ‘having’ more than you could directly use, so land distribution was not a divisive issue.
Would a marketplace approach, suggested in one of the manifestos, meet our desired goal?
Choosing the marketplace to allocate the land raises the question of who gets the unearned benefits.
In a market system, standard economics shows that the unearned benefits go either to the government via taxes or to the individual (or corporate) owner.
In reality, in a true market economy, all economic surplus eventually winds up in one of these two places because the power of government and the fixed supply of land enables them to, at all times, out-compete all other players.
The owners ‘collect’ these benefits either through rents or increases in the selling price of land (if others use the land) or by avoiding rent (if they use it directly).
The steady increase in land prices during the past 20 years in Zimbabwe has been economically significant.
The net effect has been to draw economic surpluses out of the general society and concentrate them in the hands of the relative few with major land and/or natural resource holdings.
Is this what we would want in a humane sustainable culture?
Working toward a loftier vision, we should begin by looking for an ideal, yet realistically possible, future system and ignore how we might get from here to there.
The starting point should be our cultural, legitimate and economic relationship to the land.
But our culture is too interconnected to treat such an important relationship in isolation and should draw together the emerging possibilities for land with a number of considerations of other basic legal and social patterns that shape our everyday economic lives as well as our relationship to the land.
We need to start from a deep foundation of land rights; which, perhaps, the most basic fact about land rights is that land — the ecosystems on the land and the natural resources within the land are not the result of human labour, but of God’s generosity and nature’s bounty, that provide immense value to humankind.
Man should be humble enough to realise that much of the value in what is produced still comes from nature and is thus an unearned benefit, even when in part human labour is mixed into it, as in farming or extracting mineral resources from the ground.
In our present system, the unearned benefits derivable from land are unevenly spread throughout the population because land ownership is unevenly spread.
A fundamental question that any economic-political system should consider is: How can these unearned benefits be more equitably distributed?
The answer to this will say a great deal about the fundamental beliefs of that society, its view of human life, justice and our relationship to nature; and it will also powerfully shape the future economic and social systems of that society.
The indigenous Zimbabwean Zunde ramambo land use system was an answer to an age-old land use policy in the Munhumutapa agrarian systems.
Whoever the winner, land and agriculture, whether carried out smartly or by command, will be high on both the agendas. Rightly so!
It should be, because that is what African independence and freedom is about.
Dr Michelina Rudo Andreucci is a Zimbabwean-Italian researcher, industrial design consultant lecturer and specialist hospitality interior decorator. She is a published author in her field. For comments e-mail: linamanucci@gmail.com