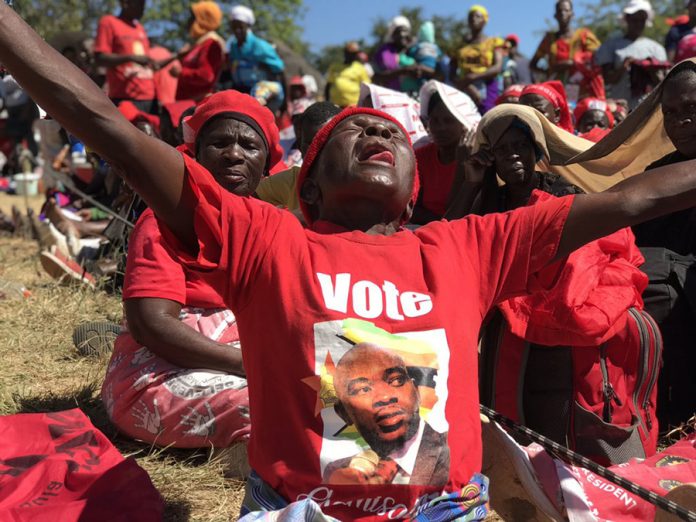 THE invitation by the Government of Zimbabwe of UN Special Rapporteur on the negative impact of unilateral coercive measures on the enjoyment of human rights, to assess the impact of Western imposed illegal economic sanctions is not only testimony of Harare’s commitment to be an equal partner in the league of nations, but that it is indeed open for business with all interested players across the globe.

Zimbabwe has been under the cosh from Western countries since the turn of the millennium when it was slapped with economic sanctions for embarking on the historic and heroic Land Reform and Resettlement Programme in 2000, which was followed by numerous economic empowerment initiatives meant to uplift the livelihoods of the masses.

Even though the land reform drive has benefited the majority, the lie from the West, which they have used to obfuscate the devastating effects of the widely discredited embargo and deter other African countries from embarking on a similar programme, has been that Zimbabwe ‘violated’ human rights among a host of untested allegations.

That lie can no longer hold as Zimbabwe has been thriving under those strenuous circumstances.

Harare’s efforts have sent the message that it can do better in the absence of the sanctions.

And the opening of doors for Madame Douhan to have a first-hand assessment of the enervating impact of those sanctions will bring to the world the suffering that Zimbabweans have endured over the past two decades as a result of that embargo.

It will also douse the lies that have been peddled by Western powers and their henchmen on the sanctions.

The inexorable reality is that the sanctions have destroyed Harare’s once thriving economy and have inverted the livelihoods of its citizens by more than three decades.

The Special Rapporteur will present a public report on the country visit to the United Nations Human Rights Council during its 51st Session in September 2022, the UN said in a statement last week.

The Special Rapporteur and her team will collect information and hold a series of meetings with Government authorities, civil society organisations, private sector and opposition, the statement adds.

It is our hope that the opposition, in particular Tendai Biti and his allies and the civil society which were instrumental in calling for the sanctions to be imposed on Zimbabwe will be generous with the truth this time around.

From as far back as 2000, members of the opposition and their partners in crime in the civil society embarked on globe-trotting missions in Western capitals ingenuously calling for sanctions to be slapped on the country.

According to their perverted estimates, the sanctions were meant to catapult them to power outside the ballot box.

With the chickens coming home to roost, and the sanctions having brought all progressive Zimbabweans together, their lies are being laid bare but as we have always said, those who called for the sanctions must face the full wrath of the law.

They cannot continue to enjoy unobstructed access to the same freedoms they wanted to deny their countrymen through their sanctions.

Sanctions, the opposition and the road ahead

In order to understand the reasons behind the imposition of those sanctions, we need to track back to the role that the opposition played not only in calling for the embargo but in assisting the West to effect illegal regime change in Zimbabwe.

Described by former US Ambassador to Zimbabwe, Christopher Dell in 2005 as the ‘cornerstone of the US policy on Zimbabwe,’ the sanctions were and are meant to weaken Harare’s economy and key institutions  in order to pave the way for the opposition’s ascendancy to the State House.

And that means Zimbabwe must be wary of such machinations as it has been since 2000.

The relentless anti-Zimbabwe rhetoric is best captured in the words of former US Assistant Secretary of State Chester Crocker who said during the 106th Congress House on ‘Zimbabwe: Democracy on the Line’ on June 13 200 that:

Their reckless policy on Zimbabwe did not, however, remain as discreet as Crocker had proposed.

By December 2001, Washington had come out in the open on its intentions of overthrowing ZANU PF from power through their so-called Zimbabwe Democracy and Economic Recovery Act (ZDERA) which authorises the US President to ‘provide assistance to support an independent and free press and media in Zimbabwe’.

It goes on, providing ‘for democracy and governance programmes in Zimbabwe’.

We all know that those democracy and governance programmes in Zimbabwe have been used to mask the bizarre strangling of the country’s economy by Western powers.

An August 26 2002 article by Gregory Elich titled ‘Zimbabwe Under Siege’ provides a glimpse of the extent to which Western countries were willing to go in their bid to remove ZANU PF from power.

The pressure on Zimbabwe was coming on all corners of the West with former British Foreign Secretary Jack Straw revealing that his country had been ‘building coalitions against Zimbabwe’.

“As Zimbabwe moved away from the neoliberal path dictated by Western financial institutions, Western hostility grew,” reads the article in part.

“On September 24, 2001, the IMF ‘declared Zimbabwe ineligible to use the general resources of the IMF, and removed Zimbabwe from the list of countries eligible to borrow resources under the Poverty and Growth Facility’. The stated motivation for the cutoff was that Zimbabwe had fallen $53 million in arrears on payments. Rather than work with Zimbabwe, as the IMF had elsewhere in similar circumstances, the IMF ‘urged the Zimbabwean authorities to adopt the economic and financial policies needed to enable Zimbabwe to achieve economic recovery as soon as possible’. In other words, the IMF felt nervous at indications that ZANU-PF was abandoning ESAP, and was demanding a return to the neoliberal agenda. The IMF added that it “stood ready to cooperate with the authorities in support of efforts to adopt and implement a comprehensive economic recovery program.”

“As the Extraordinary Summit of the South African Development Community (SADC) opened in Blantyre, Malawi on January 14, 2002, Great Britain threatened to withhold $18 million in budgetary support from Malawi, the chair of the SADC, unless it agreed to direct the SADC towards the imposition of sanctions against Zimbabwe. This was a significant portion of Malawi’s budget. Some sources also indicate that Great Britain held the threat of withholding aid for Malawi’s food crisis. Similar threats to withdraw budgetary support were wielded against Mozambique. At the summit, President Benjamin Mkapa of Tanzania announced that British Minister of State for Foreign Affairs Baroness Amos telephoned him directly and urged him not to support Zimbabwe at the SADC and at the upcoming meeting of the Commonwealth. When that call failed, British Foreign Secretary Jack Straw then telephoned and attempted to bully him.

“On June 13, 2002, the IMF issued a declaration of non-cooperation and announced that it was suspending ‘the provision of technical assistance’ to Zimbabwe and ‘urged the Zimbabwean authorities to adopt an economic adjustment program’. Once again, the IMF was urging Zimbabwe to revive ESAP.

“On July 30, 2002, Daniel Maviva, management services officer at the Zimbabwe Electricity Supply Authority, reported that sanctions had caused the firm to lose $18 million. The elimination of foreign funding by the World Bank, the European Investment Bank and other institutions had dealt a crippling blow, forcing the firm to use its ‘own resources due to the withdrawal of those financiers under targeted sanctions’. As sanctions continue to tighten the noose around Zimbabwe, electrical power blackouts may become a frequent occurrence.”

Time and again, we have said the West wants to recolonise and this has been dismissed as propaganda.

Let us consider the following before we proceed.

In 2003, former British Prime Minister Tony Blair’s foreign affairs advisor, Robert Cooper finally let the British cat out its imperialist bag when he openly called for the recolonisation of several countries including Zimbabwe under what he termed ‘new imperialism’.

“The challenge of the postmodern world is to get used to the idea of double standards,” wrote Cooper.

“Among ourselves (the West), we operate on the basis of laws and open cooperative security. But when dealing with more old-fashioned kinds of states outside the postmodern continent of Europe, we need to revert to the rougher methods of an earlier era force, preemptive attack, deception, whatever is necessary to deal with those who still live in the nineteenth century world of every state for itself. Among ourselves, we keep the law but when we are operating in the jungle, we must also use the laws of the jungle.”

“The opportunities, perhaps even the need for colonisation is as great as it ever was in the nineteenth century. What is needed then is a new kind of imperialism, one acceptable to a world of human rights and cosmopolitan values.”

Not to be left out was the US which was piling its own pressure on Zimbabwe.

In 2007, the US State Department said it supported ‘the efforts of the political opposition, the media and civil society in Zimbabwe through training, assistance and financing’.

The following year Zimbabwe would endure one of its worst economic crises wrought by the sanctions.

Earlier in 2007, Dell had said Zimbabwe would go for Christmas without cooking oil and it indeed happened.

Also, the 2006 US National Security Strategy stated that ‘it is the policy of the US to seek and support democratic movements and institutions in every nation…with the ultimate goal of ending tyranny in North Korea, Iran, Syria, Cuba, Belarus and Zimbabwe’.

The cost of the sanctions on Zimbabwe continue to increase by the day with Government saying the country has lost a staggering US$42 billion in potential revenue as at 2019.

While the fight against sanctions continues, let us never forget the role that was played by our own and take decisive action against them.