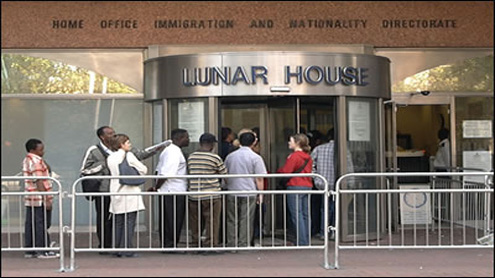 MANY Zimbabweans in the Diaspora behave as if Zimbabwe is not their country.

They have taken a wrong belief that you can only be ‘cool’ if you talk bad about your country.

This mentality is destructive and totally disheartening.

When economic asylum seekers secure refuge in foreign countries, they feel obliged to thank their hosts by continuing their fake activism while demonising their ‘roots’.

They pretend to be serious activists and continue their asylum lies.

This includes spreading fake news and accusing their home countries of human rights abuses, among other things.

These Diaspora fake activists begin to advocate ‘change’ in their country of origin.

Indeed, some Zimbabweans abroad behave as if they are possessed, by giving completely wrong facts about home.

For example, the origins of the #ZimbabweanLivesMatter are abroad.

The #ZimbabweanLivesMatter engineers make it appear as if Zimbabwe is red with the blood of the dead.

One Zimbabwean in the UK (name withheld) told a judge in an asylum court that the Zimbabwean Government drips with the blood of innocent people.

This made the judge cry.

The perpetrators of such lies do not even understand what adverse inference they put on their nation.

Zimbabweans are not being fair to their nation and for some strange reason, the host nations are so gullible.

They believe anything said to them and never verify.

Why are Zimbabweans in the forefront of vilifying their country?

They create very fictitious stories and have nothing positive to say about their country.

In fact, some Zimbabweans abroad sometimes embarrass their nation by protesting visiting dignitaries.

In most cases, the people who make such noise are trying to create a fake profile so that they will be accepted as people in danger should they be returned to their country.

Ironically some Diaspora associations and organisations address the plight in their places of origin.

For instance, Syrian Diaspora organisations have been working tirelessly to deliver ambulances, medicine and perform trauma surgeries in the country’s liberated zones, improve sanitation and water-delivery systems, staff and fund schools, while providing shelter and generators to refugees. However, Zimbabweans in the Diaspora spend their time on Facebook and other social media platforms posting lies against their country.

Zimbabweans must organise themselves into Diaspora organisations and empower people back home.

It is therefore vital for host-country governments to recognise the elevated threats and risks associated with fake Diaspora activism so that they can proactively support and protect these communities.

Local and national enforcement agencies need to be made aware of the potential lies by Diaspora organisations and activists and communicate with community leaders about how to identify lies and truth.

The onslaught on Zimbabwe by the West and its allies is largely because of our own people who lie and try to gain sympathy by demonising their own country.

Zimbabweans in the Diaspora must not seek recognition by lying.

Let us preserve our nation and protect it!