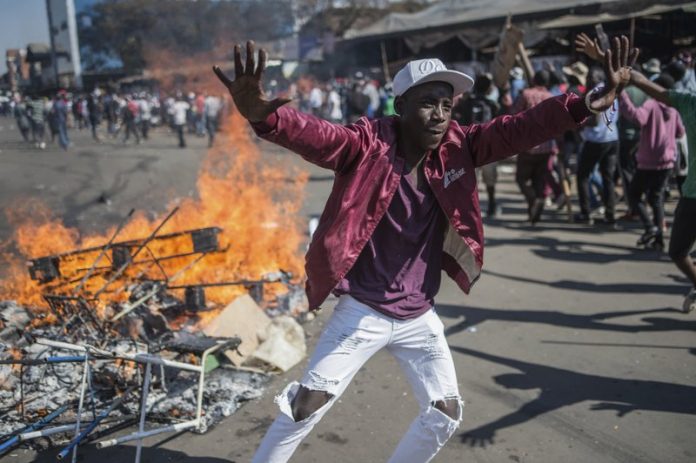 AS MDC Alliance leader Nelson Chamisa continues his quest to power through the backdoor, it is important to unravel some truths that have for long been glossed in this supposed grand plan which has nothing to do with uplifting the livelihoods of Zimbabweans.

This is so especially when the sputtering opposition has renewed calls for a violent confrontation with the Government.

But the reality is Chamisa is fighting to starve off questions emerging from his party over what insiders note as unstable leadership and dictatorial tendencies.

A faction led by the abrasive Tendai Biti is gaining traction, from those who are bitter with Chamisa over the manner he took over power soon after the death of the party’s founding leader Morgan Tsvangirai on February 14 2018.

A self-proclaimed ‘champion of democracy’, Chamisa unashamedly violated the constitution as he waylaid members of his party to install himself their leader.

And this is a position that Biti had been eyeing since his nasty fallout with Tsvangirai in April 2014.

Biti still harbours that ambition and has been stopping at nothing in his bid to oust Chamisa.

Let us hear how Chamisa wants to escape from the unfolding divisions in the MDC Alliance.

A local weekly last week reported that: “Chamisa will lead the rallies which, in fact, are a push to action.

We believe the time is ripe for a face-off with this regime in the face of suffering of the people.

Disposable incomes have been eroded while hunger is stalking the nation.

Our RELOAD rallies are just providing a spring board for action.”

The so-called RELOAD rallies have nothing to do with mobilising the MDC Alliance supporters.

They are in fact designed to consolidate Chamisa’s shaky position in the party, while giving him an upper hand in his push for talks with President Emmerson Mnangagwa.

Chamisa has refused to be part of the ongoing national dialogue which President Mnangagwa has initiated as part of his thrust to unite the nation.

But Chamisa has refused to be part of the process, saying he wants to have a face-to-face conversation with President Mnangagwa.

He has also come up with a raft of demands that have failed to find takers from the ruling ZANU PF which has, rightfully so, said Chamisa must recognise President Mnangagwa as the country’s legitimate leader.

His opponents in the MDC Alliance have however, been subtle, sending signals of unconditional dialogue with President Mnangagwa.

That stance has severely weakened the youthful leader’s position on dialogue hence his push for demonstrations which he believes will waylay President Mnangagwa to the negotiating table.

“The MDC this weekend launches nationwide RELOAD rallies as well as a robust nationwide consultation programme in the party’s districts to engage the people on the key national grievances so as to collectively chart the way forward in the wake of the deteriorating situation in the country.”

What Tamborinyoka failed to tell the nation was that the measures put in place by the new dispensation are meant to stabilise the economy in preparation for the much-awaited take off.

The lie by the MDC Alliance that they have the keys to unlocking the country’s potential has since been vanquished by the efforts being made by President Mnangagwa.

The party’s failure to reign in its erratic councillors whose corruption and incompetence have become a dreadful cancer is telling in many ways.

The local authorities have failed dismally to offer service delivery, raising serious questions on Chamisa’s ability to be trusted as a serious leader.

Let us also look at the party’s statement on the so-called demonstrations:

“The RELOAD rallies will also be a grassroots engagement programme that is meant to energise the base and to gauge the national mood in the course of charting a collective way forward for the country.

The RELOAD rallies and the nationwide grassroots engagement programme come in the wake of the multi-layered crisis affecting the nation as evidenced by key national grievances that include corruption, massive price hikes, selective application of the law, the power outages and cash shortages as well as partisan distribution of food, among other national grievances.

The MDC is on a robust crusade to consult the people so that the nation embarks on a constitutional and legitimate programme of peaceful political pressure to express national displeasure at the worsening plight of the Zimbabwean citizenry.

The nation is ready for change and the mood is ripe for a new beginning.”

The national mood so far is that of a people who have aligned themselves with the new dispensation’s thrust.

Any serious Zimbabwean is of the view that the country will inevitably witness an economic boon.

The signals are there for everyone to see.

The international community, in particular, the West have since opened up to the new dispensation’s agenda.

They are no longer interested in dancing to the MDC Alliance’s destabilisation agenda.

A stable Zimbabwe does little to enhance Chamisa’s politics of confrontation.

A satisfied international community weakens his plan of toppling the Government through violent means.

His only way out of this is engaging with President Mnangagwa but again that is a long shot given that he has chosen confrontation.

No one will be cowed by those antics.