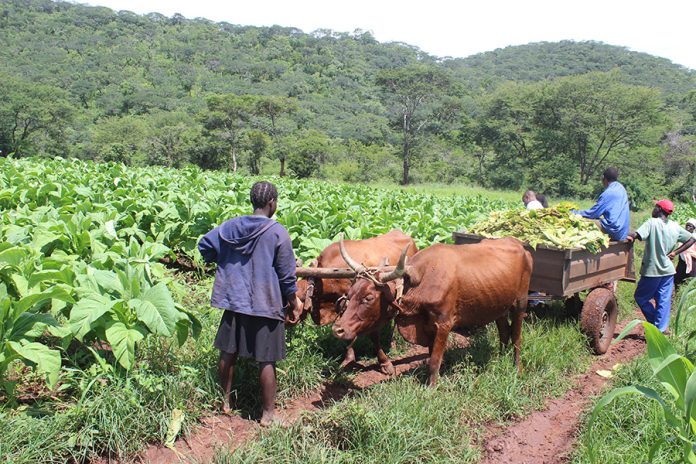 ONE fundamental issue that has yet to be grasped by those who are opposed to Zimbabwe’s inevitable prosperity has been that of the devastating effects of the illegal economic sanctions that Western countries imposed on the country at the turn of the millennium.
Western nations, pretending to be oblivious to the unavoidable land issue, were waylaid by Britain to slap Zimbabwe with the senseless and globally condemned illegal sanctions over Harare’s revolutionary Land Reform and Resettlement Programme of 2000.
First to strike that apathetic blow was the US despite protestations from sensible Congressmen and women on December 21 2001.
Feeling left out of the Zimbabwe plunder project, the EU followed suit; coming with its own raft of sanctions on February 18 2002.
Since then, it has been an all-out war between the West and Harare.
And that is a war that seems not be ending any time soon.
This is despite the coming into power of President Emmerson Dambudzo Mnangagwa who has tried but with no positive results to extend the reconciliation hand.
The West just hates ZANU PF.
They simply resent the Land Reform and Resettlement Programme.
They obviously and evidently do not subscribe to the reality that the people of Zimbabwe are now firmly in control of their land, abundant natural resources and means of production.
This will explain why they are stopping at nothing to scuttle Harare’s efforts to revive and develop its economy.
This also explains why there has been increased activity in recent weeks to tarnish the image of this our great country.
We will give them several sobering truths and how these truths will in the unlikeliest of events, make them see the light.
Re-engagement is not, and will never be, a one-sided affair.
It will never be about massaging the ego of an abusive partner.
It will never be about be pleasing a supposed global power whose grip on global politics and economics is on the wane.
Zimbabwe and its people did not have to ask for permission from anyone, especially those who now want to preach morals on so-called human rights and progressive economic policies, to go to war.
It was the anger, the enduring pain of colonialism as well as the humiliation and suffering that our people were going through then that forced them to take up arms, fight and defeat the enemy.
It was the determination to own and control land and the means of production that drove them to take the enemy head on.
Zimbabweans will not hesitate again to do the same if the West continues on the abrasive path it is currently engaged in.
This publication, as has always been the case knows what is happening.
We know what the West, using its naïve allies, are planning.
We know what they believe they will achieve.
We know how they are planning fake abductions and how they are stopping at nothing in their bid to bring the country under the global spotlight.
Our wish is for those who are being used by the West to know what they are getting themselves into.
We wish they knew that when one treads in dangerous waters, when one plunges into the deep sea, there are always consequences.
We will never apologise for the arrests of those who believe that they can destabilise the state.
When you violate the law under the guise of fighting for democracy, the law will always be there to mete its might.
We will not be bothered by what the US president, the ‘almighty’ Donald Trump, says.
We will simply ignore what the EU Ambassador to Zimbabwe, the provocative Timo Olkkonen, harps about our country.
Our leaders have a country to run and a people to serve.
Zimbabwe is a greenfield to those who are of a sober mindset.
It is a land of wonders.
It is a country that offers vast opportunities, both to its people and to the rest of the world.
Anyone who tries to distabilise that is an enemy of the state.
We find it disturbing that there are those in our midst who try to deny the existence of sanctions.
We will never tire of talking about the issue of sanctions.
This is a reality.
And it is not surprising that those who tow the denial line are behind the façade that corruption is the root of the problems confronting Zimbabwe.
The West will never relent in their abuse of our country for one reason.
Zimbabwe is a treasure that everyone craves.
But all of it belongs to the people of Zimbabwe, not to Trump, not to Olkkonen and, certainly, not to the so-called global powers.
Let those with ears listen.