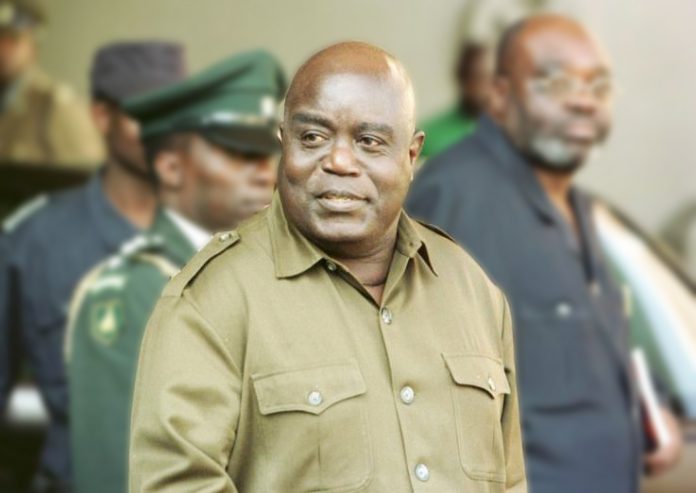 ZIMBABWE was defined as an unusual threat to the US when the infamous economic sanctions (ZDERA) were imposed on the country in 2001.

Since then, everything about Zimbabwe has been unusual; particularly the economy.

There are no formal credit lines and the economy functions on cash transactions.

Yet there is no cash and when forex abounds, it is siphoned out by illicit dealers on the black market.

Zimbabweans have faced, and continue to face, inflation.

Now let us go back to the cause of this suffering. What unusual threat did Zimbabwe pose to the US that deserves this isolation and sanctioning?

After critically searching out Zimbabwe’s history, I found two issues that made us target for vilification by the West.

We were colonised at the turn of the 19th Century by a company founded and run by Cecil John Rhodes, the British South Africa Company (BSAC).

Since that time, we had every reason to be bitter at white settlers, the colonial regime and their homeland, Britain.

We were disenfranchised of our land and positions in society, even dispossessed of our lives and property, such as cattle, for the settlers to parasitically sustain their livelihood.

Along with the agricultural and mineral produce that Zimbabwe’s favourable land and climate produced, our nation became of great importance to Britain.

The Queen of England personally claimed some parts of the country, such as Mberengwa, which she  treasured for its vast gold and emerald reserves. Zimbabwe, eventually, became what they called the bread basket of Africa and the UK.

Zimbabwe, then Rhodesia, boasted companies that performed well on the stock exchange long before nations like China.

But this was all at the expense of the majority indigenous blacks, a relationship tilted in favour of a handful white settlers.

The blacks made up 94 pecent of the population, but the whites owned 99 percent of the land. Whites were less than one percent, but even the rural areas where blacks lived were set up as reserves for their future generations, not blacks.

The liberation struggle was therefore necessary to redress the imbalance in favour of the indigenous people. The settlers resisted as best as they could.

They received help from the UK and committed all sorts of horrendous acts against blacks. Blacks were called terrorists in this period while the white settlers were referred to as Rhodesians or Zimbabweans on Western media.

The man leading the fight against the white settlers then, Robert Mugabe, was no different from Osama bin Laden in those days and because of his distinct centred mustache, he was labelled the black Adolf Hitler due to the striking shaving style resemblance.

After independence, little changed in terms of the economy.

The whites  remained the lords and the blacks remained the serfs. A willing-buyer-willing-seller agreement did nothing to correct the historical events that caused the economic imbalances between blacks and whites in this country.

As with the case of Nelson Mandela who accepted freedom without recompense for the disenfranchisement of blacks during colonisation, Zimbabwe became a darling of the UK for accepting the willing-buyer-willing-seller deal, among others.

UK agreed, at the Lancaster House Conference, to fund the Government with the money needed if a white settler was prepared to sell.

But who, in his/her right mind, would be willing to sell off fertile land in a country with possibly the best climate for agriculture.

Evidently, another reform was needed because the objective of the liberation struggle vis-a-vis land reacquisition had not yet been met.

War veterans were especially disturbed. Many of them had sacrificed schooling and opted to fight for the nation’s liberation and were thus lagging behind.

Employment was not enough as they needed to go back to school and a basic salary is not what they fought for.

They wanted their land which remained in the possession of the minority white settlers. By 1997, there were war veterans demanding land to be forcefully taken from whites.

The pressure from war veterans and the refusal by the UK to honour its agreement to fund the money needed to buy land from settlers left the former president with no choice.

Post-independence, the UK liked Mugabe for he was well-learned, eloquent and a gentleman who they called sir and once knighted.

He protected the whites, rather than punishing them for their sins post-independence and this was another reason the whites liked him.

He even punished and demoted some of his own comrades like Edgar Tekere who shot dead a known murderer after finding out he was not going to be prosecuted.

He did not even punish Ian Smith, but let him live in peace for the rest of his days at his Chegutu farm.

So, there must have been a reason the UK would make a volte face and refuse to co-operate with Mugabe on a deal they agreed to at the Lancaster House Conference.

The only other act Zimbabwe did in this period that upset the West is getting involved in the DRC war on the side of the Laurent Kabila Government in 1997.

Zimbabwe, along with Mozambique and Guinea Bissau are among the only African nations that actually went to war against whites for the cause of liberation.

Our enemy was formidable and backed by superpowers, but we defeated them by employing guerilla warfare.

The army then comprised both former guerillas and blacks who fought on the side of the colonial regime.

This tried and tested force was thought to no longer be a threat to the West until Zimbabwe deployed her troops to the DRC and changed the outcome of a Western-backed rebel assault.

Let’s look at the history briefly.

The Congo became independent in January 1960.

Patrice Lumumba, the first prime minister, was deposed, shot and desolved in acid because he made moves to indigenise and nationalise Congolese resources.

His former comrade, Mobutu Sese Seko, sold him out and became the leader of the Congo. He let the settlers from Belgium and France loot the resources and left the nation in shambles, as do many African leaders heading puppet regimes.

The corrupt leaders are set up to be the head caretakers of colonial wealth. They ensure the former colonisers receive their colonial benefits and, in return, get positive propaganda and Western backing.

Kabila was the nemesis of Mobutu as he represented the ideals and cause of the likes of Lumumba.

He fought against Mobutu guerilla-style and even got the attention and advice of the likes of Che Guevara.

Among his helpers were Rwandese of the Tutsi ethnic group.

After ousting Mobutu and getting into power, Kabila thanked the Rwandese for their help, but wished for them to return to their  homeland.

This did not go down well with the Rwandese. They were bitter because they wanted a place in government.

The same scenario was witnessed closer home when FRELIMO assisted ZANLA cadres to wrest power from the colonial Smith regime. FRELIMO members reportedly demanded a place in the Zimbabwean Government because they worked together with the liberation party and vice versa.

To cut a long story short, the West saw the conflict in the Congo as an opportunity to turn the rebels into a new Mobutu-like government. The West funded them and gave them weapons and intelligence.

They were almost certain they would succeed because the DRC army was failing horribly. That is when a well armed, well trained, experienced and determined force unexpectedly came to the rescue. Zimbabweans took many casualties at the expense of their brother nation, the DRC. The Western-backed rebels lost.

Thus we can clearly see that what makes Zimbabwe an unusual threat is the symbol of modern revolution we have become.

What if other African nations begin defending their brother nations in like manner?

Or what if other African nations begin dispossessing settler-whites and taking back their ancestral land without compensation?

That is the unusual threat Zimbabwe poses.

So, the West sets us up to not succeed economically. Otherwise the Zimbabwean model would be seen as a way out of many problems former colonies around the world face.

Already Namibia and South Africa are poised for their own land reforms.

Thus, we should be resilient and understand that there is a bigger picture behind our suffering.