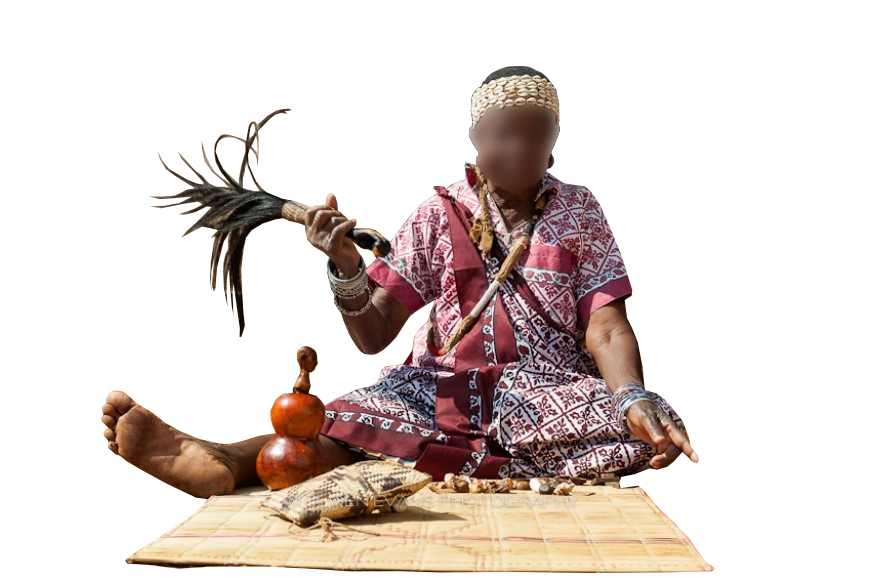 ADVERTISING is one of the courses offered in Zimbabwe’s commercial educational institutions as it is an essential integral marketing activity.

It uses an enormously wide range of channels which include public and private print as well as electronic and social media, while in some countries, individually owned radio and television stations.

Advertisements target either readers, listeners or viewers presenting information about products or services or some other matters of interest and utilitarian value.

They are a form of communication based on what is usually referred to as the AIDA formula, an acronym that stands for ‘attention, interest, desire and action’.

Every advertisement or commercial has those four components.

In this article, we are looking at some advertisements that appear more or less regularly in the ‘Smalls’ columns of some predominantly Harare-based newspapers.

Those advertisements inform readers about some ‘doctors’ who claim to be able to “…drive away tokoloshes, to bring back lost lovers, to enlarge penises and to increase amounts of money in purses, among other claims.”

They are obviously paid for by those so-called doctors who claim to have all those powers.

Every commercial medium ought to be guided by a code of ethics whose aim is to protect the public from unscrupulous charlatans.

It is the medium representative’s duty to ascertain an advertisement’s truthfulness and authenticity before publishing or broadcasting it.

What is being offered, announced or published by an advertisement should be the truth as some people may travel long distances to procure it only to draw a blank or a non-effective product or service.

The medium’s credibility is also at stake, hence the necessity for it to verify that what it advertises is genuine.

A medium’s educative function extends to general enlightenment of its target audience, readership or viewership.

It is an example of deliberately taking advantage of the public’s gullibility and spreading more ignorance.

There are many liars, tricksters, quacks, psychotics and other social misfits in virtually every community, especially in urban areas.

Some of those social misfits regularly or occasionally masquerade as either pastors or ‘doctors’, to induce what are generally called bumpkins to part with whatever cent they have for non-existent services of one type or another.

A social misfit, whose name appears in a publication, can use that as a means to mislead the gullible, and there are many such people, some of whom actually believe that cases of eczema, for example, can be cured if the patient eats the roasted tail of a monitor lizard.

In case some readers may misunderstand this to mean that the writer of this article does not believe in the efficacy of herbs, let me hasten to add that green leaves, bark-fibre and boiled roots of some trees, of which there are many, are certainly curative.

These and many others are well known traditional herbs that those who wrongly call themselves ‘doctors’ ought to be highlighting instead of claiming impossible powers they do not, and cannot, have.

A manhood organ is a normal part of the male human body that stops growing when the rest of the body stops growing.

The only part of the human body that continues growing until one dies is the nose, but at a very, very, very slow pace.

The size of a manhood is hereditary (like father, like son) or becomes longer and thicker if it is subjected to a systematic physiotherapy treatment, a method used by Nyakuza traditionalists of rural Tanzania and Malawi’s Nyika Plateau.

But even that method is effective only between the ages of 14 and 24 years. After that, it cannot grow no more than a cow’s horns can continue growing after a certain age.

Herbalists should not be allowed to refer to themselves as ‘doctors’.

They are herbalists and no more.

Medical doctors are professionally qualified people who know a great deal about the structure and functions of the human body because they studied anatomy in detail.

Herbalists should not be allowed to use respectable media to advertise capabilities they obviously do not have.

If, for example, a woman has deserted a brutal husband or boyfriend, how can a charm make her go back to possible death at the hands of the brute?

If, however, that is true, the country’s Social Welfare Department should openly involve such herbalists to reconcile couples where and when necessary, especially for the sake of young children.

The writer does not, however, believe that any of these herbalists have such powers; their advertisements are false and misleading.

It would be most useful if at least one of them could explain in detail and scientifically what charm or herbs he or she uses to achieve that feat.

In about February or March 1962, a man was rushed to Harare Hospital complaining of a continual penis erection. He gave a Harare Township (now Mbare) residential address. He was admitted for about four or so days and was discharged.

The writer of this article confidentially got this information and interviewed Dr Samuel Tichafa Parirenytwa about the matter. He suggested that he and I go talk to the man himself at the Harare Township address.

We went to the address given to the hospital by that man. He had told Harare hospital doctors that the erection was caused by an aphrodisiac he had bought at a local beer garden. He then put it in his beer which he drank all by himself.

His girlfriend ran away from him in the early hours of the following morning before an ambulance was called for him a couple of hours later.

Our wish was to ask him to identify the aphrodisiac.

Dr Parirenyatwa thought, however, that the continual erection could have been caused by a disease whose cause and effect he explained.

We could not publish the story because that could have violated the patient-doctor privacy ethic, and the hospital authorities would have demanded to know my source of the story.

Had I actually seen the man himself, I could have used him as the source.

Whatever that man had taken to induce the unusually persistent erection, it was some herb in a powder form, a situation comparable to one who has taken ground tablets.

He probably took an overdose of the stuff.