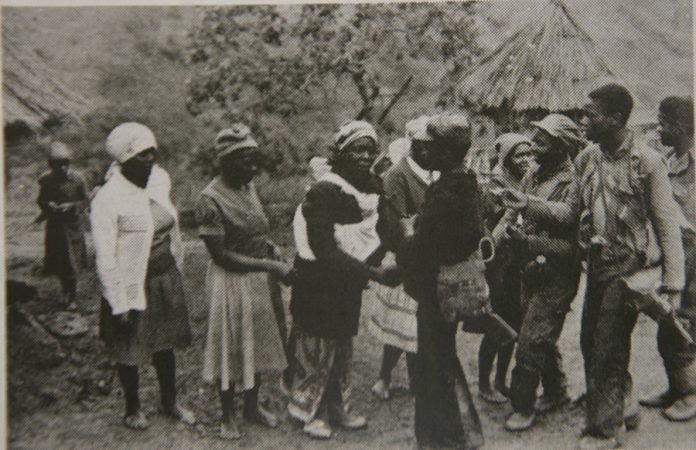 The story of Cde Solomon Gonye, alias Cde Guy One

THE war of independence was a people’s war.

The guerillas were the fish with the masses as the water.

We depended on the masses for sustenance; they provided us with food and clothing.

We would not have liberated the country without each other’s efforts and support.

Other than logistical support, the masses provided us with information on  the enemy’s movements.

When we entered Nyajena area in Masvingo, which was ZANLA’s Gaza war province, we realised that the locals’ cattle and goats were affected since the villagers were killing them for us.

We then instructed the local mujibhas to go to one Mandenya’s farm, a Rhodesian notorious for ill-treating Africans.

This did not go down well with the Rhodesian who reported the matter to the Rhodesian soldiers who swiftly responded by sending an army which gathered all the cattle from four villages in Nyajena.

Prior to the coming of the Rhodies, we had just changed our base which was in a hill adjacent to Tagwirei Village.

We were now based on top of Guwa Mountain.

Guwa Mountain was a table mountain.

A breathless mujibha came to the base carrying bad news.

The Rhodies had come into the area, forced all boys and elderly men to drive their cattle to Guwa Dip tank for a supposed vaccination.

It was around mid-morning and there was nothing the villagers could do to stop the looting of the cattle.

Another mujibha soon followed and informed us that there was no vaccination but that the cattle were being taken to Mandenya’s farm to compensate those that had been raided by the mujibhas.

We had no choice but to go and save the villagers’ cattle — our good relations depended on us doing something about it.

Our section commander, Cde Shine, told us that we were going to die fighting to save the villagers’ cattle.

There was a sudden light rainfall which made the weather conducive to typical guerilla attack.

We descended from Guwa Mountain with the collaborator who showed us where the Rhodies had made camp.

Cde Shine suggested an outright attack but Cde Diamonnd, the political commissar, objected and suggested we search for the cattle.

We advanced towards the dip tank.

It was around 9pm when Cde Bazooka saw a Nato machine gun, we had just blundered into the enemy’s Base.

We strategically retreated to a dry stream where we patiently waited for the best shot to be fired by Cde Shine, which was our signal to attack.

The best shot was fired at around 11 o’clock and Cde Diamond fired his Bazooka towards the Base of the Rhodies.

We followed suit by relentlessly firing and advancing towards the enemy.

Cde Shine, who loved grenades and was good at using them, began throwing the lethal stuff into the enemy’s Base.

He ordered us to cease fire.

It was then that we realised fire was coming from one position where we had seen the Nato machine gun.

We directed our fire towards the direction where the Nato was firing from.

In no time we had silenced the Nato.

It was an overwhelming victory we recorded.

We enjoyed our supper that night at the Base, celebrating our victory over the Rhodies.

I was delighted the following morning when I saw herds of cattle grazing in the fields.

Also, much to my delight was the sight of a Rhodesian convoy escorted by two helicopters ferrying their dead.

I will live to celebrate that victorious attack because it enhanced the confidence of the masses in us.