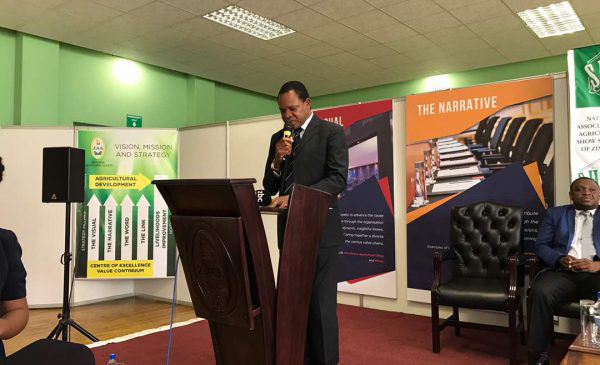 THE Zimbabwe Agricultural Society (ZAS) has been granted the green light by Harare City Council to set up a US$100 million hotel and convention centre with a seating capacity of 15 000 guests at the exhibition grounds.
The development follows the City of Harare Local Development Plan Review No 42 of 2006’s allowance for showground re-zoning to public buildings.
The ZAS said the new developments would transform the exhibition park into a lively business hub operating for 365 days compared to the current situation where it hosts the one-week agricultural show every August.
The ZAS chief executive officer, Dr Anxious Masuka, said the society is expanding its mandate to include meetings, incentives, conventions and events (MICE).
Dr Masuka said agricultural societies worldover were transforming from the provision of annual shows only to multi-purpose year-long events.
“As ZAS we intend to provide commercial services such as offices, hotels, fuel stations and institutional services such as agricultural training, industrial services and leisure as well as recreational services,” he said.
The ZAS is currently constructing a US$18 million shopping mall and a US$2 million service station to cater for show goers.
The mall, to be operated on a build, operate and transfer (BOT) arrangement, features retail shops, food outlets and a service station, whose construction has been awarded to a local petroleum operator.
The shopping mall is set to change the face of the Harare Exhibition Park, home to the country’s premier farming event, the Harare Agricultural Show.
This years’ 108th edition of the Harare Agricultural Show will run from August 27 to September 1 with increased space uptake compared to the same period last year, signifying enhanced confidence by both domestic and foreign firms.
At least 250 000 visitors are expected this year, up from 200 000 last year.
Authorities at the show society confirmed that they had increased their exhibition space by 3 000 square metres to the 67 891 square metres occupied by exhibitors last year.
There were 503 exhibitors last year, but expectations are high that the number will increase this year.
There has also been huge interest to take part in the show from foreign markets, including Singapore and Indonesia.
The agricultural show, a critical platform for promoting agricultural growth in the country, is expecting participation from regional countries such as South Africa, Malawi and Botswana, among others.
The Harare Agricultural Show will this year run under the theme: ‘Field to Industry: Produce, Connect, Develop.’
Dr Masuka hinted to an inaugural energy conference that will tackle the opportunities and challenges in the industry to align the sector with the expected jump in industrial performance, given the huge foreign investment appetite so far directed towards the country.
“As ZAS, in order to rally consensus for the cause for accelerating agricultural recovery in Zimbabwe to contribute to economic prosperity, we saw it fit to have an annual theme away from a week-long theme that we used to have previously,” Dr Masuka said.
The theme emphasises that Zimbabwe is an agro-based economy and for industry to tick, there is need for a very strong value-chain support between field and the industry.
Said Dr Masuka: “The field produces and supplies industry with 60 percent of its requirements and in turn industry supplies agriculture with 40 percent of its consumption, but that field is slightly different from the ordinary field.
“This field is more holistic; the top 45cm being the agricultural field and below it the minerals field. So we are looking at opportunities in agriculture and mining, unearthed to build strong industries with industry to rapidly ensure economic development (sic).”
Established in 1895, ZAS is the epicentre for the promotion and facilitation of national agricultural development.
Dr Masuka however, said they were transforming the Harare show from a display platform to an opportunities platform so that exhibitors connect with their customers and markets.
He said they will also be able to do research and launch products.
Meanwhile, ZAS will this year unveil a 2018 Agricultural Sector Survey to equip the industry with an up-to-date planning tool.
Said Dr Masuka: “Our mandate is to promote agriculture and it’s supporting activities and to facilitate agricultural development in Zimbabwe and this places ZAS at the epicentre for the facilitation of agricultural development in the country.
“To be authoritative in doing this, we need, as a planning tool, objective parameters for developing agriculture and a survey that cuts across all the sub-sectors of agriculture will enable us to produce in one document an up-to-date state of affairs of agriculture which can be a useful policy and a planning tool that can be used by farmers to benchmark production and be the basis of catalysing production in Zimbabwe (sic).”