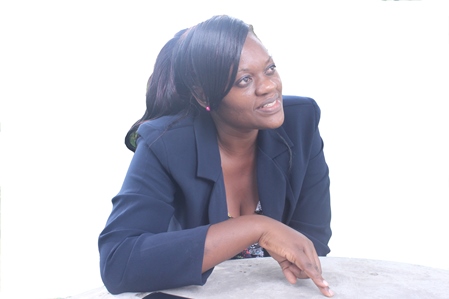 SANITY has returned to Zimbabwe cricket after weeks of uncertainty over unpaid dues as players boycotted since the beginning of the year.
Zimbabwe Cricket (ZC) and players reached a consensus for the good of the game.
The impasse between the two parties had led to the suspension of the local franchise fixtures and also putting into disarray preparations for the ICC World Twenty20 tournament later next month.
Both the national team and the five franchises were not practising over the salaries issue.
According to a press statement, last week, the ZC chair Peter Chingoka and the managing director, Wilfred Mukondiwa met the senior players, Eliah Zvimba player representative and the national team technical staff and agreed to move forward.
The matches are expected to resume next Monday.
The players are also expected to receive their dues on the same day.
“The ZC chairman told the meeting that arrangements have been put in place to pay all the outstanding salaries and match fees,” read part of the statement.
The players’ representative welcomed the announcement, saying the payment of outstanding dues will remove the sole issue that has been between ZC and the players.
“The players will continue practising and a meeting will be held on Monday to set the date for the resumption of the domestic season, which will start with Twenty20 matches in preparation for the International Cricket Council (ICC) World Twenty20 tournament that Zimbabwe will compete in, in Bangladesh in March,” said ZC in a press release.
Meanwhile, Zimbabwe’s panel of selectors have announced a 23-member squad that will participate in next month’s ICC T20 World Cup hosted by Bangladesh.
The Masakadza siblings Hamilton and Shingirai made it into the squad while hard-hitting batsman Charles Coventry who had opted out of the national team bounced back.
Seamers Brian Vitori and Christopher Mpofu will be the fast pace bowlers for Zimbabwe while Prosper Utseya leads the spin attack.
Sikandar Raza But, Brendan Taylor, Masakadza and Elton Chigumbura are expected to be the batting pillars for Zimbabwe.
Test batsman Tinotenda Mawoyo also got a chance to play in the shortest version of the game. Mawoyo is one of the best Test batsmen in the country. His inclusion in the team is making him an all weather batsman for all formats of the game.
In a related development Zimbabwe women’s national cricket team manager Caroline Nyamande has expressed concern over lack of sponsorship which she says is negatively affecting the development of the game.
“Of course we do get funding from the International Cricket Council (ICC), but it’s not enough to cater for both the men and women’s teams,” she said.
“We need sponsors to assist our team in their various tournaments in and outside Africa because the money that we get from the ICC barely covers the Inter Franchise Tournaments we hold nationally,” said Nyamande.
In July last year, the Zimbabwean women’s team raised the Zimbabwe flag high at the Women’s Cricket World Cup Qualifiers Tournament in Ireland where they came Third after South Africa and Ghana.
Unfortunately the team did not qualify for the ICC Women’s Cricket World Cup.
In December, the team, which comprises of 25 members, had planned a series of test matches with Tanzania, but failed to go due to inadequate funding.
Currently, the Zimbabwe women’s cricket team is set to tour South Africa for a series of Test matches in preparation for the World Cup qualifier tournament to be held sometime next year.
“We got the confirmation last Friday and we are excited to play with South Africa because their team is good, it’s an ideal team to play test matches with,” said Nyamande.
“However, we are still at the organising stage and it is possible that we might not go if we don’t get sponsorship,” she said.
Zimbabwe Cricket Squad (Men)
Brendan Taylor (captain), Sikandar Raza Butt, Tendai Chatara, Chamunorwa Chibhabha, Elton Chigumbura, Michael Chinouya, Charles Coventry, Tafadzwa Kamungozi, Timycen Maruma, Hamilton Masakadza, Shingirai Masakadza, Tinotenda Mawoyo, Christopher Mpofu, Netsai M’shangwe, Forster Mutizwa, Tinotenda Mutombodzi, Richmond Mutumbami, Tinashe Panyangara, Vusumuzi Sibanda, Prosper Utseya, Brian Vitori, Malcolm Waller, Sean Williams.