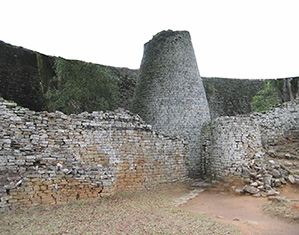 IN 2006, six Zimbabwean artefacts were stolen from the National Gallery.
The stolen artefacts included two tribal face masks and wooden headrests.
These were treasures created by our ancestors in the early 20th Century.
The headrests are believed to have strong spiritual powers to help a person sleep well.
After the thefts, the National Gallery posted pictures of the missing pieces on the internet hoping someone would recognise them as stolen treasures from Zimbabwe.
Six months later, the gallery received calls from law enforcement officials, reporting that the stolen artefacts had been found in Poland.
An investigation was launched and internet communications in the art world were followed and tracked to their sources, leading to the arrest of a young Polish art dealer in Poland.
In 2013, the art pieces were recovered as a result of the under-cover operations in Poland by the FBI and CIA.
The man who stole these significant treasures was arrested when he was caught attempting to sell the art to an American dealer.
The recovered artefacts were described by the National Gallery of Zimbabwe as follows: “Made from hardwood and painstakingly hand-carved with triangular designs and polished to a veneer finish, the headrest signified a personal and spiritual connection to the owner in the local Shona culture.
“The owner was traditionally buried with his individual headrest.
“The helmet-like face masks with facial markings and sharp, bared teeth were used at initiation and marriage rituals of both boys and girls in the regional Makonde tribal society.”
The theft of treasures from Zimbabwe is nothing new.
We have lost thousands of important monuments as a result of thefts from Zimbabwe.
The illicit sale of these cultural treasures continues to date.
The stealing of cultural property generates a lucrative underground market and the majority of the artefacts are never recovered since they are sold on the black market.
Traffickers have taken advantage of the vulnerability of African cultural property to illicitly supply a global industry which is worth billions of dollars.
Since the early days of Europeans coming to Africa, Zimbabwe has been plundered the most with stolen items which include archaeological artefacts and heads of heroes killed during the First Chimurenga.
One example of theft is of Chief Chingaira’s head.
He was killed by the British who took his head to London.
The head has never need returned.
Then there are other stolen objects which include the Zimbabwe birds, ethnographic objects, individual ritual objects, walking sticks and clubs.
At museums in Europe, you will find artefacts with the inscriptions: “From the Shona, Ndebele or Ndau people of Zimbabwe.”
Each piece of the stolen art or plunder tells a story.
Who made the treasured item, from which part of Zimbabwe, what year, how it left Zimbabwe, who stole it, how it was sold to the gallery in Europe or America?
These questions often remain unanswered, but we know that someone is making money from our cultural heritage.
As a result of this loss, Zimbabwe is deprived of a major heritage which should be passed on from generation to generation.
In one interview, the National Museums and Monuments of Zimbabwe (NMMZ) chief curator, Kundishora Chipunza, said his organisation was concerned with the increase in heritage crimes and the absence of export regulations.
He blamed the situation on Zimbabwe’s porous borders which allow for the smuggling of artefacts.
Chipunza gave the example of the stolen artefacts by the Polish man at the National Gallery of Zimbabwe.
He placed emphasis on the need for, “law enforcement agencies, shipping and forwarding companies and the Zimbabwe Revenue Authority to join hands and fight such heritage crimes.”
Zimbabwe has many cultural heritage monuments.
Today, the civilisation of Great Zimbabwe remains one of the most significant civilisations in the world created during the Medieval period.
The first European to see it was a German geologist, Carl Mauch, in 1871.
Mauch did not believe Great Zimbabwe was built by Africans, but by biblical characters from the north.
“I do not think that I am far wrong if I suppose that the ruin on the hill is a copy of Solomon’s Temple on Mount Moriah and the building in the plain a copy of the palace where the Queen of Sheba lived during her visit to Solomon,” said Mauch.
Then he further stated that a white or European civilisation was responsible for the construction of the Great Zimbabwe.
But we all know that Mauch was wrong and so were many archaeologists and other adventurers who visited the Great Zimbabwe.
Some of those visitors also stole treasures including the Zimbabwe birds.
The country’s heritage institutions which include the National Gallery of Zimbabwe, NMMZ and National Archives of Zimbabwe are fighting strongly against the thefts of our cultural property.
UNESCO takes the lead in fighting against the thefts of cultural property internationally in collaboration with other international organisations, national government and institutions.
UNESCO has also introduced sound ethical mechanisms and systems to manage the thefts and support Zimbabwe.
The National Gallery of Zimbabwe, NMMZ and the National Archives of Zimbabwe are working together to protect and promote the heritage of this country.
Their efforts should be supported by laws that govern the export of cultural artefacts.
On December 2 2015 these three institutions launched the Manual on Heritage Crime and the Illicit Trafficking of Cultural Property at the National Gallery of Zimbabwe.
Such a launch presented a moment of celebration for the protection of our cultural heritage.
Zimbabweans have a rich cultural heritage which is the envy of many countries.
Fortunately, some of our natural heritage cannot be placed in a bag and taken to Europe.