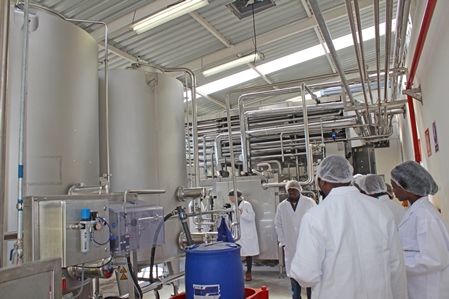 THE Government, private sector, development partners and the nation at large have been called to work together in championing the implementation of the Zimbabwe Agenda for Sustainable Socio-Economic Transformation (Zim-ASSET).
The Confederation of Zimbabwe Industries Indaba, which was held in the capital on Wednesday brought together high profile Government officials and captains of industry as they interrogated the new economic blue-print Zim-ASSET spanning 2014-2018.
It was held under the theme ‘Zimbabwe’s Policy Implementation Challenges-Unlocking Implementation Barriers in 2014’.
The indaba emphasised that it was important for the people of Zimbabwe to understand that the responsibility of making Zim-ASSET a success does not rest solely with the Government.
It is a national effort.
“The Government is only a vehicle through which we can implement and monitor the progress of this socio-economic plan,” was the consensus.
However, the Indaba called on the Government to create an enabling environment that promotes meaningful partnerships between Government, private sector, the new economic players and international investors.
“Various Government ministries and agencies, and the private sector need to forge an even closer relationship that is based on shared outcomes,” said CZI President, Charles Msipa.
“The identification of public-private partnership arrangement as a key strategic initiative in Zim-ASSET illustrates that these two sectors are ready to forge a new partnership.”
Msipa said the implementation of Zim-ASSET will benefit the private sector, hence the need for the business community to have an interface with the Government over the funding of the project.
Recently, the private sector was engaging the European Union (EU) to unlock long-term funding for the revival of the local manufacturing industry.
The Minister of Industry and Commerce, Mike Bimha said inclusive engagements should be made routine as they help foster closer cooperation among economic players, which is necessary in policy implementation, monitoring and evaluation process of Zim- ASSET.
Poor policy implementation has on many occasions negatively affected targets and the objective of national blueprints, resulting in sub-optimal results from otherwise brilliant Government economic projects.
Thus the need to unlock implementation challenges facing the country to ensure objectives, targets and goals espoused in the Zim-ASSET are attained.
Deputy Chief Secretary in the Office of the President and Cabinet Colonel Christian Katsande said for Zim-ASSET to be successful, there was need for a new thinking.
“We need to do away with the traditional culture of doing business that may have worked in the past, but cannot meet modern ways of doing business,” said Col Katsande.
Zim-ASSET is the Government’s foremost policy framework meant to inform and guide its annual economic and budgetary plans throughout the five-year period.
Under Zim-ASSET, Government will prioritise four main clusters, food security and nutrition, poverty reduction, infrastructure and utilities and value addition and beneficiation to empower the majority.
The Permanent Secretary in the Ministry of Industry and Commerce, Abigail Shonhiwa, said Zim-ASSET seeks to promote value-addition in most of the industries for the country to realise more revenue from its resources.
The development will see the creation of employment, setting up of world class infrastructure and an increase in foreign direct investment.
The indaba also called on Government and the private sector to engage intellectuals and academics from various universities and research institutions as the implementation of Zim-ASSET is consistent with their contractual obligations
“Research at universities should primarily address national problems meaning the agenda must be set locally,” CZI vice-president, Henry Nemaire said.
The Zim-ASSET blueprint was adopted by Government to spearhead the development of the economy over the next five years and has received the support of industry and commerce, neighbouring countries and regional economic trade blocs such as COMESA.
Meanwhile, Shonhiwa said opening of the country’s steel producing giant New Zimbabwe Steel formerly (Zisco-Steel) has gathered momentum with a technical team set for deployment to start working on the ground. She said production at the steel company would start soon after the main infrastructure rehabilitation has been completed.
“The opening of New Zimbabwe Steel is now at an advanced stage and the rehabilitation exercise of major infrastructure will commence soon,” said Shonhiwa.
“I can confirm that this coming Friday (February 8 2014) a team of engineers including those from the investor will be deployed at the mine to start working on the ground.”
Shonhiwa said the company was also waiting to receive new operating equipment from China that was needed to kick start production. She said a lot of progress was being made on the revival of New Zimbabwe Steel subsidiaries that would help to support its operations.
“Production at Lancashire Steel is also going to start shortly and very soon we will begin to see the product,” said Shonhiwa.
Lack of operating capital because of illegal sanctions imposed against Zimbabwe, forced the Redcliff-based steel manufacturing firm to shut down in 2008, rendering thousands of employees jobless.
In light of this, the Government agreed to sell a 54 percent majority interest in the steel maker to Essar Africa Holdings, a Mauritius-based unit of an Indian multinational, in 2011 for US$750 million.
The transaction was expected to lead to the revival of embattled steel-maker which was on the verge of complete collapse.
But more than two years later, the deal that was negotiated by the Ministry of Industry and Commerce remains stalled after the Mines Ministry blocked the transfer of mineral resources to the new company.
The Mines Ministry argued that the deal gives away cheap by a multi-billion dollar national asset, reckoning ZISCO’s mineral resources alone are worth up to US$30 billion.
However, Minister Bimha confirmed that the dispute had been resolved.