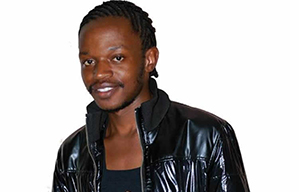 NO sooner had hard rock and heavy metal emerged in the 1950s than it was associated with suicide, drug abuse, violence, murder and rape, among other things. In no time many began to link hard rock with occult and Satanism especially as some fans committed crimes in the name of particular bands or lyrics. Other music genres have followed the violent path include American Hip Hop, Rap, Jamaican reggae and closer to home Zim-Dancehall. While the Zim-Dancehall genre has provided bread and butter to its champions, it has also been a platform to fuel hate, violence and drug abuse. Zim-Dancehall traces its roots to Jamaica and the Bob Marley connections where the genre draws attention to the plight of the black man which resonated with the newly independent Zimbabwe. However, with time the reggae genre evolved with new entries in the mould of Vybz Kartel and Mavado, among others. While the above two artistes represent different themes within the dancehall genre for example, Mavado’s music is about violence and gangsters, Vybz Kartel sings about sex, they have all somehow made headlines for the wrong reasons. In Jamaica during their much popularised annual Sting show, there are often violent clashes, stampedes and ‘bottling’ where fans loyal to one singer can throw bottles at a performing artiste. In Zimbabwe they call it ‘can throwing’ and despite several attempts to discourage dancehall fans from doing it, the artistes themselves sometimes encourage it. Almost every dancehall clash has been marred by violent clashes between fans or the performing artistes as happened at the Seh Calaz and Soul Jah Love clash at City Sports Centre, Harare in 2014. After the show at a press conference, Seh Calaz was quoted by the press saying, “I will continue with the violent lyrics “I don’t mind if they fight.” “Gore rino muchadzidza kuti zveshuwa kuti munhu anogona kufa nemarwadzo. Garai majoiner Nyaradzo,” Chitungwiza born and bred chanter Lady Squanda warns the Zim-Dancehall fraternity on her newly released single ‘Ka Issue KeSadza’. The single explores the violence in the dancehall fraternity centering on a recent altercation that occurred at a Matapi commemoration. On May 25 the Zim-Dancehall family came together for their annual commemoration of the life of Mbare-born and bred chanter Junior Selector who committed suicide two years ago. The show billed the cream dancehall at Matapi where Junior Selector was bred and eventually died. But the commemoration show degenerated into chaos. This is a worrying trend, the violence, the drug abuse and general disrespect among artistes and fans. One cannot help but worry. This is the genre of the moment. It is popular with children, but what message is it spreading. The uncouth and bad appears to dominate the positive in the dancehall genre. While it is dubbed inspirational music, in truth it is destructive. It is tearing the moral fabric and the proponents do not care. There is definitely no longevity in this genre of music if the artistes continue with the violent trend. The chief players in the genre that include Soul Jah Love have not exactly been role models. For instance Soul Jah Love makes headlines almost on a daily basis for the wrong reasons. Either he is in brawls or about to divorce with his wife, fellow dancehall artiste Bounty Lisa or he has been too drunk to perform that is if he ever shows up. It is time that artistes in the genre conduct some soul searching and decide the path their careers must take, a positive or destructive path.