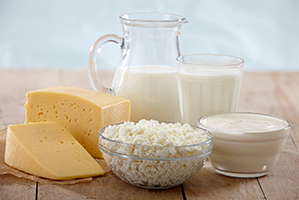 ACCORDING to the 2012-2014 statistics released by the Food and Agriculture Organisation (FAO), from about 805 million people worldwide, one in nine, were suffering from chronic undernourishment. Malnutrition contributes to 45 percent of deaths of children under five years of age and 40 percent of maternal deaths. Malnutrition during pregnancy impacts foetal growth and results in low birth weight which is linked to poor developmental outcomes. Furthermore, one in four children in the world are stunted which is now recognised as the critical indicator for under-nutrition. Milk and dairy products as nutrient rich sources of macro and micronutrients play a key role in healthy human nutrition and development throughout life, especially in childhood. It is against this background that the Zimbabwe Dairy Industry Trust (ZDIT) together with Processors and various stakeholders met at Chitungwiza hospital for World Milk Day on Monday. Some of the processors present were Dendairy, Kefalos, Alpha and Omega and Nestle among others. To commemorate the day, there was a march from the Chitungwiza Town Council to the hospital under the banner ‘No Bread and Butter without Milk’. “Milk is an affordable and nutritious food which can be used as a vehicle towards fighting malnutrition and food insecurity,” the guest of honour, the Minister of Health and Child Care, Dr David Parirenyatwa said. Little is known locally about World Milk Day commemorations which have been held annually for the last 14 years globally. Last year, this event was held in Harare urban. June 1 was set aside by the United Nations Food and Agriculture Organisation to stress the importance of milk in a balanced diet. The date was chosen because some countries already had a national milk day celebrated on or around this date. Following the march, there was also a milk and milk products donation by processors to Chitungwiza Hospital Paediatric Ward. According to the organisers, the critical window for adequate child growth and cognitive development is between conception and 24 months of age. Thus many recent international nutrition initiatives focus on optimising nutrition in the ‘first 1 000 days’ of a child’s life. Diets that contain nutrient-rich foods rather than energy filled foods are key to solve the double burden of malnutrition. Despite progress in addressing micronutrient inadequacies in the world, a significant population continues to be affected by one or more nutrient deficiencies. Even those who consume sufficient energy for growth may not be nutritionally secure. People have been consuming milk since the domestication of animals. As mammals produce milk as a food source for their offspring, it contains lipids, proteins, carbohydrates, salts, minerals, vitamins – in other words, all healthy nutrients required by the body. For instance, cow milk contains 22 percent to 29 percent of the daily recommended intake of calcium. It is an excellent source of all the essential amino acids including lysine which is often limiting in cereal based diets. Milk and dairy products can make a significant contribution to meeting the required nutrient intakes of calcium, magnesium, selenium, riboflavin, vitamin B12, zinc and pantothenic acid. The health benefits of milk include increased bone strength which prevents future problems like osteoporosis in women. Other benefits include better looking and smoother skin, stronger immune system which reduce cardiovascular diseases and strokes. Milk also prevents illnesses such as hypertension, dental decay, dehydration, respiratory problems, obesity and even some forms of cancer.  Over 300 people converged in Chitungwiza for the World Milk Day commemorations.