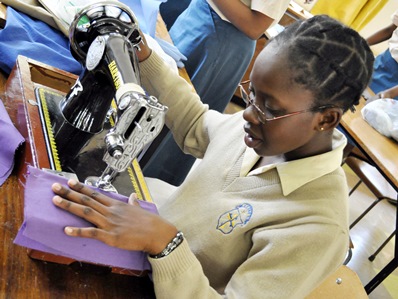 WE talked about a wide range of topics and I was surprised by the young man’s interest in our national issues.
As he was packing his laptop to go, he thanked me for my time and for having gone into a number of issues regarding our nation with him.
I returned the thanks and added that it was his right as an heir to Zimbabwe to understand the issues of his country.
In that moment he stopped zipping his laptop bag suddenly and said in a disengaged, almost ironic tone, “I don’t know what I am an heir of?”
I said to him, “But you are an heir to everything Zimbabwe is.” He shook his head and he looked a bit sad.
I was a bit surprised by his response because to me it seemed obvious that he would take it as normal as it is that he is an heir to Zimbabwe.
So I asked him what he meant and he explained that he does not know what he is an heir to because there is so much that he does not know.
He said that there is so much that he does not understand, so much that does not make sense and “something is not going right in my country, I know I have a role to play in my country, that I have a duty and responsibility towards Zimbabwe, just as you did in your youth days when you took up arms”, he explained.
What we hear and see in the media is not sufficient for one to make a sound judgment, one needs a solid background.
His departure was postponed for a few minutes as we pursued this issue.
His father was an active ZANU youth in Harare up to independence, thus he played his part in the struggle as one of the urban youths.
My young friend had asked his father some questions, but there are so many things he still needs to understand about the party, about the struggle, the party during the struggle and after independence, the history of the struggle, national developments since independence, and where we are going, he said.
Naturally, the children know that there is need for them to participate in the programmes and problems of their country, but without a full understanding of the issues, they don’t know how to interface.
They know they have a role to play in Zimbabwe’s affairs, that Zimbabwe is their business and they feel as if their destiny is barred to them, it seems as if it is passing them by.
This experience made me sad because it does not have to be like this, children of Zimbabwe need to know their history so that they can map their place in it, and figure out how to participate in it.
It brought back sharply into focus once again the tragedy of the loss of the original Curriculum Development Unit (CDU) of the first decade of independence.
So the next time we met, I explained to him that the situation he found himself in was not accidental, it was by design.
He couldn’t believe me.
I clarified to him that it was never the intention of the Government of Zimbabwe that its youngsters should grow up in ignorance about their history, particularly that of the liberation struggle and the goals and purposes of independent Zimbabwe. He was shocked that such was ever part of the schools curriculum for 10 years until it was sabotaged, that all those things he craves for had been put in place in schools curriculum immediately after independence and that he and many others would not be in this quandary if those programmes had proceeded as conceived and implemented in those first ten years.
He asked what is going to be done about that situation. I said to him that it was my hope that with the landslide victory of ZANU PF of July 31 2013, which was a clear endorsement of the party and what it stands for, these things would be corrected.
It was never the correct thing that something so special should have been derailed. It is not fair to the children of Zimbabwe to deny them their mission in life.
When people never understand what is going on, they can never be at peace and it is a crime against them to deny them what is so vital to them, what is so vital to the nation.
There are too many things that should never have gone wrong in this country, but others fought so harshly that things should never go right for Zimbabwe’s future.
The children of Zimbabwe are not a problem, they have to be positioned such that they can fulfill their role as heirs of Zimbabwe.
There is too much anguish in their hearts because so much has been masked and disfigured and they cannot get to where they can be at peace, as heirs at the helm of their country. There are so many blind spots for them and it is difficult for them to steer their lives to where they want to be.
They do not want to lead a purposeless life, away from the destiny of Zimbabwe, they want to do the right thing, the honourable thing, as their predecessors did, who took the gun and liberated the country.
Zimbabwe needs them, it is her right, and they need their Zimbabwe, it is their destiny.
Dr Mahamba is a war veteran and holds a PhD from Havard University. She is currently doing consultancy work.