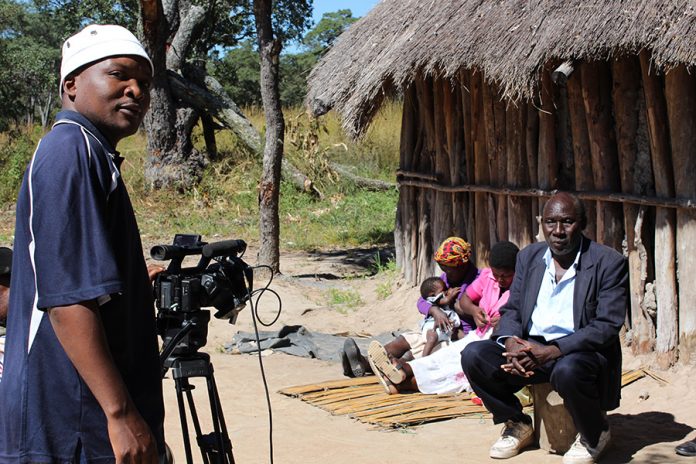 THE new dispensation has seen an upsurge of activities in various sectors, especially in areas that have been slow such as the film industry.
Film-makers have shown a resilience that must be applauded as many are producing films on shoestring budgets but still managing productions of high standard.
This is a massive achievement and Government needs to support the sector which is critical to efforts to decolonise the African mind which continues to be held hostage by the Western media.
There is no need for me to go into how Western media has invaded our psyche, influencing the way today’s youths think, eat, dress and even talk.
We are becoming more Western by the day.
And film and television are the main culprits.
However, the same tool that is being used to change our culture, pitting us against each other, can also be used to our advantage.
According to Cultural Survival Inc: “Television technology and exhibition entrepreneurs have introduced cinema to both rural and urban audiences in many developing countries. However, most cinema distributed internationally is produced in the United States and Europe. This fact, combined with the universal recognition of film’s power to ‘sway the hearts and minds of men’ has aroused concern. Since the 1960s, discussion of film as an instrument of ‘cultural imperialism’ has been intense, if largely theoretical. The key issue is succinctly stated by Herbert Shiller: ‘What does it matter if a national movement has struggled for years to achieve liberation if that condition, once gained, is undercut by values and aspirations derived from the apparently vanquished dominator?’”
Those who have come to understand the power behind film and television will agree with me that Chinhoyi 7 is a success regardless of its ‘mistakes’.
Instead, we must be discussing more about how we can have many other similar productions and how stakeholders, including Government, can assist the film sector.
Cultural Survival Inc says: “Film proffers different messages for every audience and incites unique responses from every individual; thus, few critics have been able to gauge the impact of film either on individuals or an entire audience. Few studies have been able to demonstrate the influence of film on the formation of social roles and interaction in Third World communities, and even less attention has been paid to the use of film in endorsing or changing existing power structures within nations or between ethnic groups or political factions. What research has been undertaken in these directions has produced uncertain conclusions and contradictory theories.
“Some observers argue, perhaps naively, that if native culture satisfies the needs of a people, small societies will remain impervious to the values encouraged by foreign media. This theory ignores the impressiveness and novelty of film and television in non-industrialised communities and the potency of film’s impact when combined with other Western influences ranging from imports to tourism.”
Film-makers target audiences — specific or collective.
It is from these audiences film-makers expect to get returns.
Matanda and Sarireni got right when they identified their target audience and produced something they knew would give them a return.
The problem we have in Zimbabwe at the moment is in getting people to the cinemas; the film audience has gotten small.
While filling up six cinemas at a premiere might seem like a great achievement, imagine if it was America!
Steven Spielberg’s war movie Saving Private Ryan filled up how many cinemas?
While we can’t compare Spielberg to Matanda, we still have to start from somewhere and the only reason American movies have won over every other nation is because they have a film-going history.
Over the years, their film-making technology has grown. While we lag decades behind, we can also boast we have evolved.
There was a time when shooting a film was hard in Zimbabwe because of lack of equipment but now that there is more equipment in the field, we have seen more films come out this year than any other.
Some films might not be that great but at least the train is moving.
The struggle is real in the film industry but we are headed somewhere; the Zimbabwe Defence Forces has shown us that it is possible to work together for the betterment of the industry and, ultimately, our economy.
Film-making, at the end of the day, is not just about knowing how to direct or how to handle a camera and editing, it is about putting together resources and finding funding to pay everyone on set.