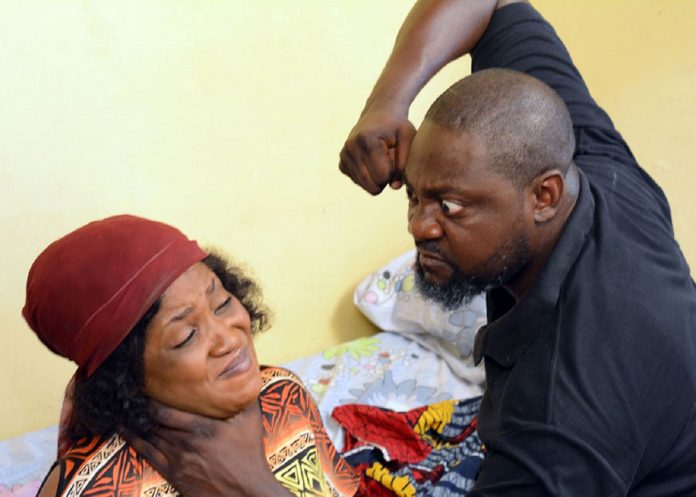 SHE arrived in London from Zimbabwe last year to join her husband, she married in Harare.

Makanaka was thrilled at the prospect of a new life in the UK.

But soon after she moved in with her husband and his family in Croydon, she said, they started treating her like a servant.

Her husband revealed that he loved another woman.

When Makanaka complained, her sister-in-law beat her while her husband looked on and did nothing to stop the beating.

“I can’t even remember how many times I got a black eye,” said Makanaka (22) who is so fearful that she asked that her last name not be published.

“I didn’t know I could call the police. I was so sure my case was classified as domestic and could not be taken seriously by the police,” she said.

Most women have suffered domestic violence but are still afraid to report it.

In some ways, the United Kingdom can be worse than Zimbabwe for abused women.

Many find themselves isolated in the new country, far from their families, and entirely dependent on husbands and in-laws.

Most are unaware of their legal rights or fearful of the authorities.

And many Zimbos in the Diaspora, resistant to full assimilation, hold on to traditional practices even tighter than they would in their home country — even in families that immigrated decades ago.

“All my relatives in the UK are more conservative, religiously and culturally, than my relatives in Zimbabwe,” said Mandinema Nezi, executive director of a group which runs a network of women’s shelters in London.

Domestic abuse is common in many cultures and the belief that women are their husbands’ property is an age-old convention still in existence.

In the UK where many people of Zimbabwean descent live — 10 percent of them in London according to statistics — the law provides many more protections for abuse victims.

But these measures may not feel like enough to Zimbabwean women, for whom turning against one’s in-laws, particularly families long established in UK, can be terrifying.

Ten abuse victims agreed to be interviewed for this article; most asked to have their names not published because they feared retribution from their families and to be stigmatised back home.

Growing up in a working-class family in Harare, Makanaka was aware of domestic violence; her father once rescued a woman from an abusive husband and brought her to live with them.

But Makanaka said she never imagined such things could happen in the UK.

She had envisioned a quiet life raising children and perhaps continuing the education she had ended at Ordinary Level.

When the abuse began, she felt trapped.

She knew no one in the country and was reluctant to tell her parents in Zimbabwe and fly back home because she did not want to bring shame to herself and to them.

Zimbabwean women say the presumption of guilt in a failed relationship usually falls on the woman.

“If I went back to Zimbabwe,” Makanaka said, “everybody would blame me. They’ll say I am a bad girl.”

While most victims of domestic violence are brutalised by their husbands, advocates say other family members sometimes join in.

After one particularly brutal beating by her sister-in-law, Makanaka was hospitalised with head and abdominal injuries.

She said the family intimidated her into lying to hospital officials about the cause of her injuries; she told them she had fallen down the stairs.

She was told if she revealed the truth she would be deported.

After another attack, last August, Makanaka sought refuge in a neighbourhood park.

There, a stranger approached her and put her in touch with a Zimbabwean nurse who connected her with the women’s centre.

The centre gave her shelter in its network of safe houses and helped her get an order of protection against the family.

She also found part-time work as a baby sitter, enrolled in college and filed for divorce.

But her nightmare was not over.

In December, under a police escort, she returned home to pick up her belongings and, in front of the officers, her husband berated and threatened her, she said.

He was arrested and charged with obstructing governmental administration work.

In Zimbabwe, family problems have historically been resolved through the mediation of religious and tribal leaders, sometimes in the form of village or family meetings.

Pastor Denias Chihwai said in the past few years, he had counselled about 35 couples with domestic violence problems.

“We have to sit with them.

“We have to try to solve the problem before going to the police or the courts,” said Chihwai.

The women’s centre has also sought his help with two clients who wanted to resolve disputes through other means.

Some women are enduring abuse because they feel it is better than living alone or returning to Zimbabwe where they fear being ridiculed for being divorcees.

Women from Zimbabwe, especially those just arriving and not familiar with the UK laws, are always threatened with deportation if they resist the various forms of abuse they experience.