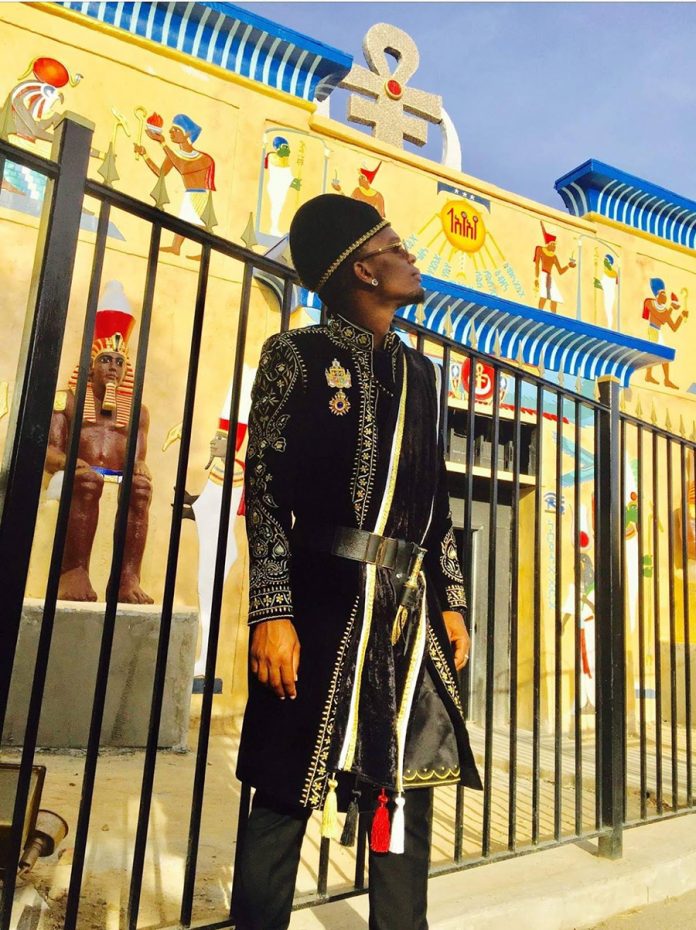 ZIMBABWE has a very important place in scripture and in history.

All people who are indigenous to Zimbabwe were drawn here because of the same factors that made this land so important in antiquity.

In the book of Genesis, Southern Africa is called the land of Havilah and the land with plenty of high quality gold, Ophir.

These names were derived from the descendants of Ham who were allocated these lands.

Like humans, plants and animals, minerals are cultured by the lands and climates they inhabit.

This is because the latitudinal and longitudinal position of that land allows for the renewed growth of plants and formation of minerals that, over time and under pressure, become the minerals humans exploit.

So, as I write this story, some processes are taking place in nature and underground to generate and renew the minerals that are being exploited, be it through fossil or volcanic activity.

Thus, it is not surprising that, even in the Bible, the place known to have gold and other minerals like bdellium is in Southern Africa.

Genetic scientists, historians and anthropologists have seen many parallels between the biblical account of creation and their findings.

The Garden of Eden has been identified as East Africa where the earliest human fossils can be found.

Similarly, the paternal DNA markers with the oldest and most diverse genes can be found in black Africans, particularly bushmen, such as the Khoi.

Geneticists have thus named their paternal haplotype ‘A’ marker after Adam, the first man to exist, according to the Bible.

The same was found with human maternal DNA.

The creation of mankind from soil and water, the tree of wisdom being cannabis (mupanjere), Noah gathering all species of creatures and so on are things that could only have taken place in Africa where science, history and anthropology all agree that all human, plant and animal life began.

It is because Africa is the face of the earth and the south its forehead.

The sun’s angle, in relation to the land’s location on the globe, makes it a place with conducive environmental conditions to produce such things as gold.

For the same reason, Zimbabwe has the best meat quality.

The secret is in the type of grass veld which the grazers found in Zimbabwe.

Even Zimbabwean game meat and crops are of high quality.

Other crops, like tobacco, have reached a world premium status and it is owed to the climatic conditions and the favourable position that Zimbabwe occupies on earth and under the sun.

Hebrew people, in the time of King Solomon, travelled to Zimbabwe to procure gold, hardwood and wild animals like apes.

The temple of Jerusalem was built using Zimbabwean gold and wood.

The mining activities of these Israelites led them to travel to Zimbabwe with Tyre’s Hiram every three years, during which the queen of Arabia (Sheba) and sub-Saharan Africa (Ethiopia) heard of Solomon’s wisdom and travelled to Judea to see him.

From that point on, she was known as the queen of the South to the Israelites because Ophir was the part of her hegemony that they were most acquainted with owing to the age-old mining and trade of gold.

This eventually led the king, priest, cook, nobles and leaders of Israel to export their first strength, meaning their firstborn sons to Saba (Yemen).

This happened when King Solomon conceived a son with the queen of Sheba who, upon returning to Israel at 23, chose to live in Africa for good because it had better climate, more water bodies, less desertification and more game than Israel.

King Solomon then asked all men with positions in his kingdom to train their firstborn males in their their trade, just as he had trained his firstborn Ben la Hakim (Menyelek), after which their sons would move to Ethiopia forever and reign in that kingdom.

The children of the priests dreamt and were instructed by angels to take the ark of the covenant with them and they did so.

All these would move into Ethiopia and, while there, Menyelek would travel to Media, India and Arabia with the ark to make war.

It was after his first war in Saba against people who had long defected from his mother’s authority that he decided to rule from south-west Arabia while his mother would remain in Ethiopia.

The ark would thus be kept permanently in Ethiopia’s capital city called Aksum, which was renamed Zion after the central component of the ark.

Besides Aksum, it was kept in Saba, which was renamed ‘Ya amin’ meaning ‘it is trusted’ because that was the only other place the ark was kept.

It is from this Shemitic phrase ‘ya amin’ that the name Yemen was derived.

But some may wonder what the connection is between Zimbabwe and Yemen.

First, the Sabaeans were responsible for trading Zimbabwean gold and livestock to Asia and the rest of the world, even before the coming of the Israelites to Saba.

Judaic Sabaean traits, such as monotheism, were a key part of the Mwari belief system and there is a strong resemblance between the Zimbabwean word for God and the Hebrew word ‘Eli’.

The same goes with Arabia whose religion of Islam was influenced by the Judaic Sabaeans who were closely associated with Muhammad.

Yemen was the centre of civilisation in Arabia and its influence reached southern Africa and also Ethiopia in places like Najran.

Sabaean style temples, which comprised of spherical plans, high walls, stairs, drains, minarets (conical towers) and steles made from stone brick laying without mortar, can be found in Great Zimbabwe and the Machema site in Mapungubwe.

In the walls of the Machema site, there are remains of Sabaean inscriptions that resemble but predate both Ethiopic and Arabic.

Besides this, there are common trades like bead making, smelting and weaving that were done in all the above named sites in South Africa, Zimbabwe and the likes of Kawkaban and Thuli Ruins in Yemen.

Evidence of terrace farming, which was a typical Sabaean trait, can be found in places like Nyanga.

There are also foods, like pomegranates, which entered Zimbabwe from Arabia.

The ark of the covenant was objectively traced by Western scholars like Professor Tudor Paffit and was found to have left Ethiopia for Yemen.

It was finally known to be the sacred object of the Remba people which was called ‘lungundu’.

Lungundu seems to have linguistic origins in Chinese from the word ‘longde’ meaning the lord’s (object).

This is not surprising, seeing that the queen of Sheba’s hegemony reached the Kunlun Mountains of China.

The lungundu and the ark had many parallels like being made of hardwood, coated of gold, carried by four men, displayed once a year and it used to shine like the sun.

The Remba were then genetically tested after they were seen to have a Mosaic culture besides custody of the sacred object.

Their oral history of coming from Sena in Yemen and being called vaShavi meaning Sabaeans and Zhou which is similar to Jew and short for Judah, are compelling pieces of evidence on how precious Zimbabwe was to the people of the scriptures and how they went through great lengths to be in this country.