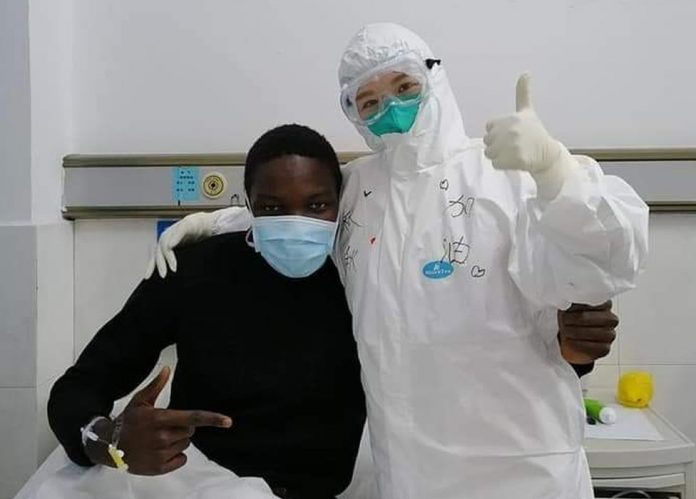 MANY Zimbabweans in the UK who contracted COVID 19 have recovered.

This brought joy and hope not only for the recovered but for the world at large.

While the vast majority of those who contract COVID-19 will make a full recovery, there is increasing concern about a small but significant number of patients whose symptoms persist weeks and even months after falling ill.

COVID 19 has left a trail of destruction.

They can impact those who suffer only mildly from the disease initially and there may be a link with exercise and the recurrence of symptoms.

Many Zimbabweans, who survived from the virus confirm that life has never been the same.

Michael Dzingai of London said “ I was relieved when I was informed that I had made a full recovery. I thanked God for a battle won. But l still have difficulties in breathing. I have lost my taste and life has not returned to normal. I am a sickling now”.

According to the latest research from King’s College, London, around one-in-20 COVID-19 patients experience long-term symptoms for at least a month, sometimes longer.

One in 10 still have symptoms after three weeks, despite the median time for recovery for most mild cases being around 14 days.

Professor Tim Spector of King’s College heads the team, which has developed the UK’s biggest symptom tracking app and believes the long-term impact of the virus is being underestimated.

“The Government is telling people that this is just like the flu and only checking on a few symptoms, but it’s not at all like the flu,” he told The Telegraph.

“For many people it can linger on; many people are saying they’ve had it for over three months now.”

Describing COVID-19 as one of the “strangest diseases I’ve ever come across”, Prof Spector is concerned that we are ’underestimating’ the virus by failing to collect comprehensive data on long-term, milder symptoms.

Prof Spector adds that breathlessness and fevers are also recurring symptoms in patients struggling with the ’long tail’ form of the virus.

Kingstone Mbende of Luton, is one of those people still experiencing symptoms – over eight weeks after first contracting the virus.

“Normally with viruses you’re ill for a few days and then you get better, but with this one it comes back at you and slaps you around the face time and time again with different symptoms,” he said.

Despite just feeling ’a bit strange’ and tired during the first two days of experiencing symptoms, “the symptoms quickly progressed to a tightness in the chest and shortness of breath”.

Thomas Banda a nurse from Leeds said: “It went on and on, and I had this incredible period, where I actually thought I was dying. I was lying in bed and couldn’t lift my arms; I started passing out while horizontal; my heart was racing. And then two hours later I kind of woke up.”

Many people, who have been diagnosed of COVID-19 have experienced recurring symptoms.

A professor from Liverpool said:

“All the focus was on people on ventilators, but there’s this huge chunk of people managing at home, largely unseen,” he said.

“The other thing I noticed was that a number of people didn’t believe that they were ill, but then you talk to them and they are going through hell in their heads. They think they’re crazy. So people are very lonely with this bizarre illness.”

Drawing parallels between COVID-19 and chronic fatigue syndrome, Prof Garner warns against taking strenuous exercise on the road to recovery.

“We know that from ordinary pneumonia it takes people several months to get better,” he added. “I think the important thing from my side was how many people have been really quite unwell at home. And they aren’t even a case on government statistics – They are not even counted.”

How long to fully recover?

Just how long it will take for patients to fully recover from COVID-19 is something that rehabilitation experts remain, for now, largely in the dark about.

The overwhelming consensus appears to be that, as the virus is new, we don’t yet know what its trajectory will be.

“We don’t fully know the long-term implications because this is a new disease,” said Professor Charlotte Bolton, a professor of respiratory medicine at the University of Nottingham.

While stressing that the vast majority of COVID-19 patients will recover fairly promptly, Prof Bolton said that there are patients that she and her colleagues have phoned who have ’persisting symptoms’, which tend to be breathlessness, fatigue, and a loss in taste or appetite resulting in ‘significant’ weight loss.

These people are Zimbabweans, British and everybody really.

This is something that Professor Spector has also found: so far, he said, it’s looking like people with a very acute onset during the first two days tend to get it out of their system after about 10 days, whereas the patients, who have ’more strange’ symptoms seem to have them for longer in a ’coming and going’ pattern.

Prof Bolton also said that some younger people, who contracted the virus are reporting periods of forgetfulness.

“They’re feeling better in many ways, returning to work, but then their cognition is affected. They’re reporting it now because a few weeks on it’s returning. We need to be aware there is a whole spectrum of responses and outcomes from this condition.”

COVID 19  is not going quietly, it is leaving behind a lot of graves and seriously compromised people.

Many Zimbabweans have failed to get back to normalcy after being attacked by COVID19.

COVID19. is leaving a deep mark in many families.