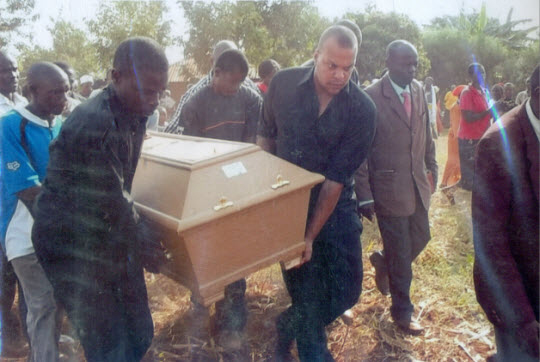 “MY father’s dream was to be buried in his birthplace,” said Matireva Matimba whose father passed away last year in London.
Matimba, born and raised in West London, fulfilled her father’s dream when she repatriated his body to Harare last year and he was laid to rest in Goromonzi.
“London was always his home but Zimbabwe was always in his heart,” she said.
This desire to be buried in the place you were born is strong for many first generation African migrants in the UK.
The demand is so huge among the British Zimbabwean community that, according to embassy officials, at least 95 percent of first generation migrants’ bodies are repatriated to Zimbabwe for burial.
This has made the number of repatriated bodies to Zimbabwe rise to 15 a week.
A system is now in place to cover repatriation costs.
In the beginning, Zimbabweans would beg for funds to assist in repatriating their loved ones.
“There are many Zimbabwean burial societies which provide repatriation and plane tickets for relatives to assist the transportation of the bodies back to Zimbabwe,” said Robert Shanduka from the Council for the Zimbabwean Community Abroad.
He says that if the deceased person is not registered with a burial society, his/her next of kin can go to church and some churches will take care of the repatriation charges which can be around £3 500 (US$4 500).
In the past, many Zimbabwean communities in the UK did not have official financial support and many families struggled to meet the costs.
Ashton Mpofu found it tough repatriating his uncle’s body back to Zimbabwe this year.
“It is very stressful,” he said.
Despite the uncle having lived in London for at least 30 years, Mpofu’s family put him under pressure to fly the body home.
“My uncle’s mother rang me and said: ‘Bring my son’s body back home.’ There was no way I was going to argue with the head of the family. You just can’t. But the pressure was never accompanied by funds,” said Mpofu.
Under pressure, Mpofu had to find ways to raise the funds.
He came up with US$4 500 and his uncle’s body was sent home for burial.
In cases like this, many in the Diaspora have to keep their loved ones’ bodies in a morgue for several weeks until there is enough money.
“This waiting is very stressful for those who have cultures where burial needs to take place quickly,” says Fortune Huruva, who co-ordinates the Zimbabwean burial community in Manchester City, northern England.
Huruva helped set up the society last year due to a high demand from Zimbabweans living across the UK who are desperately trying to send bodies home.
“We found cases of people isolated when they lost someone and they were in despair over how to get the money,” said Huruva.
Many, no matter how Anglicised, are scared of the spirits of the dead and believe that if they are not buried home, they will haunt them.
In fear of the wrath of the dead, they do everything to dispatch the bodies home.
Huruva said many will only get closure when their loved ones are buried in Zimbabwe.
The emotional stress, financial costs and family pressures are so high when it comes to repatriation that some in the Diaspora wonder whether it is really worth it.
“Our families back home need to understand that our lives are in the UK now. I know when I die, I will meet those who died before me again, regardless of where I am buried,” said Phelton Kandaya of Huddersfield, UK.
The strong belief in, and fear of, ngozi (vengeful spirit) has hit the pockets of the relatives very hard.
They can come together and in two days raise funds to repatriate a body to Zimbabwe.
If only that zeal was shown to the living and they are sent home to see their people before they depart for the yonder world, it would be a worthwhile process.
The Diaspora is spending thousands of dollars to bury the dead at home.
For views and comments, contact Vazet2000@yahoo.co.uk