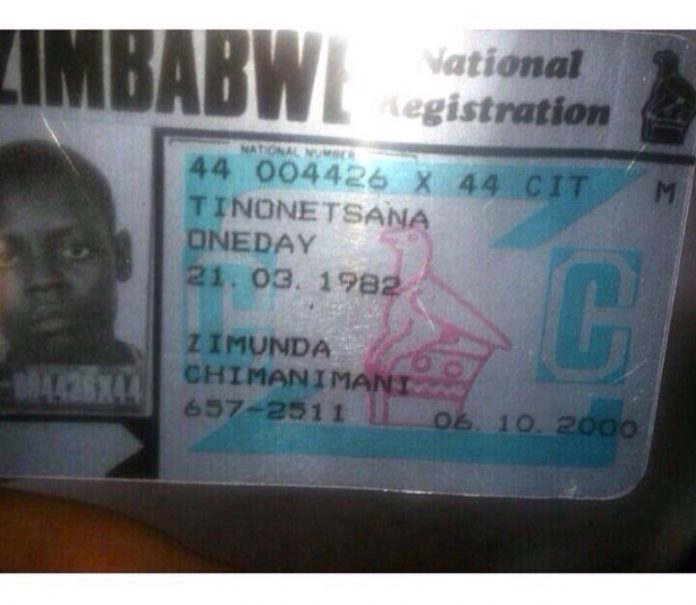 ZIMBABWEANS in the UK have a torrid time with their names.
Many were given ‘loaded’ names by their parents.
Some names were inspired by things such as danger warning signs which led to some people being called ‘Danger’.
Clearly a lot of these parents did not consider the wider implications or take into account the interactions the child would have in the future.
Names such as ‘Trouble’ have been handed out to children because of the experiences of parents.
The love of things English by those who presumed to know the language better than their counterparts, especially during the colonial era, led to many ‘weird’ names.
In the 1980s, I was enrolled at Swaziland University, I had a horrible experience although today I laugh over it.
I arrived at the airport and I presented my passport.
The immigration officer on the other side looked at me with a grin.
He called another office and, within five minutes, there were 10 officers.
I was so scared I thought I had done something wrong.
They asked me to pronounce my names, which I did slowly. The moment I finished, the whole troupe behind the counter burst into laughter.
I was shocked and surprised.
They wished me a good stay and let me in.
When I got to school, the students jumped up and down roaring with laughter.
I remember one particular tall guy called Gabriel Masuku laughing uncontrollably.
I did not understand anything until one day a librarian called me up for making noise.
She asked my name and I said slowly Masimba Musasane Mavaza, also giving her my English name Godwell.
The woman was enraged and took me straight to the Dean of Student Affairs.
It was then I was told the meaning of my names.
Masimba in SiSwati means human excreta, the middle name is unprintable and the surname means madness.
You can understand why she was enraged.
My young brother had a torrid time with his name, ‘Innocent’, at his first job in England.
The supervisor would say to him: “You do not have to move around declaring your innocence. This is not a court of law.”
Some idiots started calling him ‘Guilty’.
Most Zimbabweans with names ‘thrown’ at them have become the butt of jokes.
When people attack or make fun of you, they are essentially attacking your identity, damaging the self that is you.
A colleague had a very nasty experience with the police. His name is ‘Nevermind’. Imagine the police stopping him for speeding and when asked for his name answers: “Nevermind”. Some names invite serious problems.
A brief period of confusion or a question about one’s name is not a problem but it is when people become rude and offensive on hearing your name that matters.
Nevertheless, Zimbabweans love their names.
At least there are not millions of other people with your name.
I have discovered that when you have an unusual name, people remember you.
You stand out and are less likely to fade into the background. You catch attention in a way no one else can.
There is nothing more satisfying in life than finding a person who not only pronounces your name correctly the first try, but also knows exactly where it came from.
The dangers of our unique Zimbabwean English names is that if a rumour is spread about you, it’s about you.
It’s not about a girl named Mary that someone will forget tomorrow.
You will be the only person with that name in a 500-km-radius and you will surely be known for your actions. Vazet2000@yahoo.co.uk