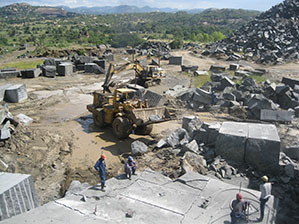 ZIMBABWE has tried many economic blueprints since 1980 based on growth and equity.
Three of these economic plans were based on the National Development Plan which were then succeeded by the Economic Structural Adjustment Programme (ESAP) (1990-1995), then came the Zimbabwe Programme for Economic and Social Transformation (ZIMPREST) of 1996-2000, Vision 2020 followed by, the Millennium Economic Recovery Programme (MERP) of 2000-2002, the 100 day plan, the National Economic Development Priority Programme (NEDPP), the Medium Term Plan (MTP) and now the Zimbabwe Agenda for Sustainable Socio-Economic Transformation (Zim-ASSET) .
Of these economic blueprints, Zim-ASSET has proved to be popular.
Despite its popularity, many people still lack knowledge on what Zim-ASSET entails.
Some have even gone to the extent of making jokes about the new economic blue print.
However, the need to understand Zim-ASSET cannot be overemphasised as it is a prerequisite for its success.
The context of Zim-ASSET as the nation’s economic plan to guide economic policy trajectory for the next five years needs to be well elaborated.
Over the past months, discourse around the plan has been of discussions, consultations and buy-in in the private sector.
Zim-ASSET will again be under the spotlight at this year’s Zimbabwe National Chamber of Commerce’s Annual Congress as industrialists seek best approaches to implement the economic blueprint.
The congress, which is set to take place in Victoria Falls from June 25-27, will run under the theme, ‘Translating Economic Blueprints into Growth’.
Most of the topics seek solutions to the economic challenges the country is facing.
These topics include, the ease of doing business in Zimbabwe: Implications on industry and the way forward, structural economic enablers — current state, constraints and the way forward and financing options for business in difficult time: The way forward.
Other topics include revising the country’s education system to suit the emerging economy and corporate governance in Zimbabwe’s public and private sector.
Early this year, Confederation of Zimbabwe Industries (CZI) held a Zim-ASSET conference and industrialists unanimously agreed that stakeholders needed to shift from endless discussions and workshops for economic blueprints and instead track progress registered in implementing the projects.
However, this has not been the case as most industrialists are increasingly engaging in discussions and workshops of the economic blueprint.
Last month Zim-ASSET dominated the Zimbabwe International Trade Fair’s International Business Conference.
Most stakeholders seemed to lack a clear and specific role to play in the implementation of this economic blueprint.
If economists, academics and analysts are failing to understand what is expected of them, what more the layman?
The Senior Minister in the President’s office, Simon Khaya Moyo, said Zim-ASSET was an all-embracing document and no one was left out.
“Through the four clusters, Food Security and Nutrition, Social Services and Poverty Eradication, Infrastructure and Utilities as well as Value Addition and Beneficiation, everyone has a place,” said Minister Moyo.
“If you don’t fit in food security, then you have no stomach.
“In social services, we are all involved as a nation, as we want to overcome poverty.
“In infrastructure, we all came here through one form and in utilities we know the power of energy.
“Everyone should appreciate value addition.
“Maybe there should be clarification in areas of implementation but everyone is a part of this.”
Economic Analyst, Jonathan Kadzura summed Zim-ASSET as an effort capable of bringing about real development in marginalised areas.
He said the blueprint does not aspire to re-invent the wheel, but to inspire people to realise their full potential by making full use of the resources in their midst.
“Zim-ASSET should not be about the country’s leadership coming down to the villages to bring about development,” said Kadzura.
“Yes, the leadership should explain what Zim-ASSET means to the layman, but we should not expect them to go beyond their facilitative role.
“Government’s role is that of supporting our modest efforts in our little wards, villages, districts and provinces.”
Another economic analyst, Hubert Muzikani concurred saying for Zim-ASSET to work, it demands that each region identifies its key strengths, utilising their uniqueness and competitive advantages.
“Regions should build on these strengths through beneficiation, value addition, public private partnerships and some such useful concepts to create employment for their people,” he said.
“In Mutoko there is the famous black granite and villagers are quite prolific in producing tomatoes.
“In Buhera there are lots of small grains such as millet, sorghum and rapoko.
“In Nyanga, farmers there are renowned for producing potatoes while Mazowe is famous for producing oranges.
“In Masvingo there are a lot of piggery and poultry projects while in Gwanda and Beitbridge there are lots of goats, small grains and wild fruits.
“In Gokwe and Mount Darwin people rely on cotton farming for survival.
“The list is endless.”