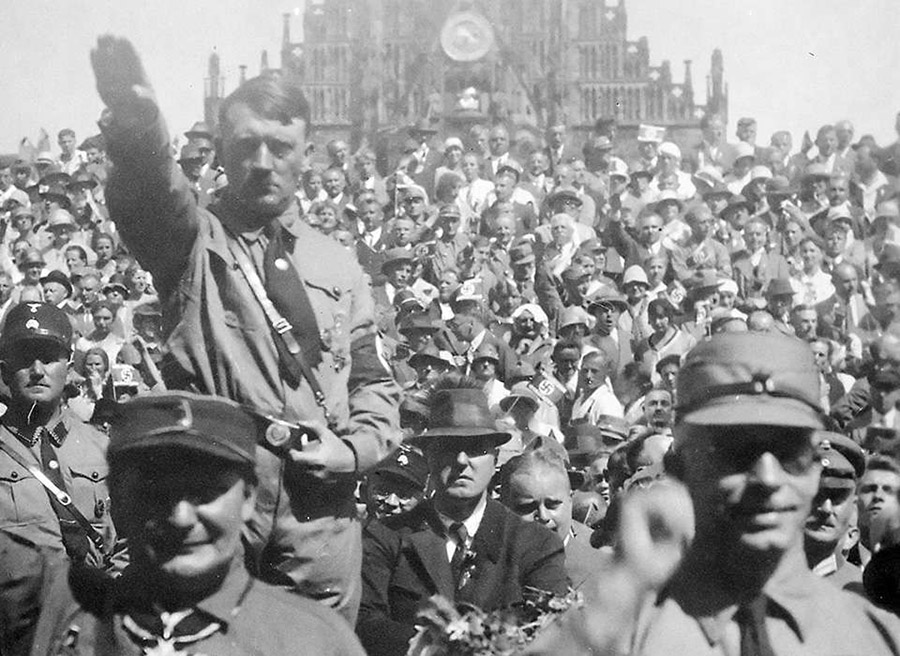 THE war between Russia and Ukraine, to conscious and positive spiritually connected Nahasis (black people) is an eye opener of how the Tambous (whites) manipulate current events which will be called His-Story in distant future.

Past events can never be called His-Story, as His-Story is one sided and depends on the perspective of one narrator who is usually in control of the situation.

Currently the narrators are the whites who are ‘disgusted’ with Russia for creating a war in their backyard.

Wars must never be in their backyard but in far away places like Africa, Asia, South America and some distant unheralded places deemed ‘uncivilised’.

Everyone is now forced to feel sorry for the Ukrainians because they are blue-eyed beings with blonde hair.

The word genocide is being thrown around, but what number represents a genocide?

If genocide is being committed in Ukraine, what term can be used to describe what happened in Rwanda at the behest of the whites.

This now brings me to the above topic.

Adolf Hitler is called the most evil person to ever have lived by the whites.

This is so, because he killed six million white Jews.

When the Anglo-Saxons and  their pale-skinned European cousins were involved in the Slave Trade, how many blacks lost their lives?

The number will never be known and no figure must be thrown around as only Yahweh knows — the number was that huge.

There is no memorial or remembrance for these black souls as is accorded the white Jews every January.

This is now called The Holocaust and everyone is forced to remember because they control the world systems, and if one does not and is in discord he or she is sanctioned.

So much for their vaunted democratic values, free thought and speech.

The world has seen vile people and nations whose crimes against humanity are worse than Hitler, from Ghenghis Khan to the Spanish conquistadores, but because they were committed to none blue-eyed people  His-Story is non committal about them.

Adolf Hitler is a distant second to the most vile person who ever lived but is being protected by His-Story.

And that person is none other than King Leopold of Belgium.

The conservative figure of the Congolese his cohorts murdered was between eight and 10 million people and this is according to His-Story.

From my thumb suck, I think the figure is between 12 and 13 million.

The reason being that we are standard bred to be sorrowful when the Tambous are sorrowful, happy when they are happy.

The exploits of King Leopold of Belgium are documented in a book by Adam Hochschild called, King Leopold’s Ghost, Story of Greed, Terror and Heroism in Colonial Africa.

What disturbed me most about this headline, was the word ‘heroism’.

Hitler’s antics are never described as heroic in any His-Story book one lays their hands on. What is heroic about a mass murderer?

The only plausible answer is that he funded White Christianity the beast that pretended to be the Lamb.

King Leopold was never reprimanded for what he did in the Congo and Hitler never thought he could be reprimanded also, as he thought he was doing a favour to the Aryan race.

If the mass murder of the Nahasi in the Congo by King Leopold between 1890 and 1910 is still not remembered by us, it actually shows how dysfunctional, disjointed and disunited a race we are.

It’s no wonder why many among us view colonialism as Yahweh sent to civilizse us.

We do not want to upset the master by remembering his atrocities, committed against us. Without remembering, reparations will never be paid and our non-being as a people will always be reinforced.

Yes Adolf is not the most vile person who ever lived, he is a distant second to King Leopold.

Oh before I forget the Belgians almost exterminated the Hereroes of Nambia and a bow to the Namibians who have sought for an apology and reparations.

What are other affected African countries doing.

Zimbabwe at a cost has reclaimed her heritage, the land.

All Nahasis at home and in the diaspora must learn from the His-Story of Adolf Hitler and King Leopold and the current war in Ukraine.

Will we ever be united for the purpose of calling for reparations and the apology due us.

If Adolf Hitler had murdered six million Fallachi Nahasian Ethiopian Jews would there be an outcry?

The answer is no. Ethiopian Jews  are not human beings, even in modern Israel they are at the last rung of the ladder.

But without them there is no legitimacy for the White Jews being there.

Adolf Hitler is a saint compared to the sins committed by his race world wide then, now and maybe forever, against races more righteous than them.

Nthungo YaAfrika, aka J.L. Mtembo is a Hamite who strongly believes in the motherland renaissance. For views and comments, email: lovemoremtutuzeli@gmail.com