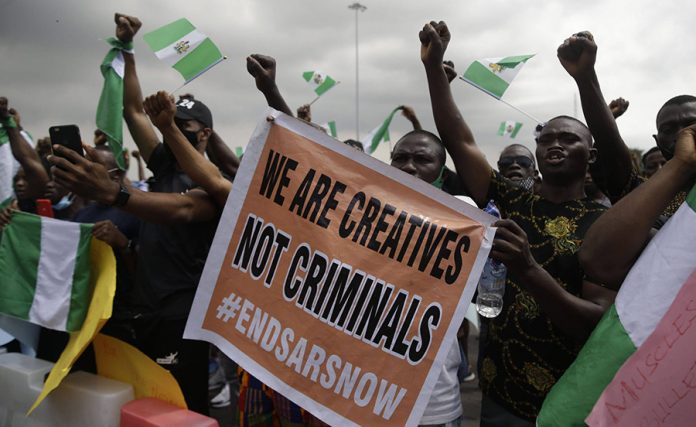 The book Animal Farm by George Orwell and the Letter from King Leopold 11 of Belgium to the colonial missionaries in 1883 must have warned us that no sane person can give total freedom to the goose laying the golden eggs.

When Ghana got independent, there was jubilation in the Nahasi (blacks) community.

The Tambou (whites) pretended to celebrate with the Nahasi and they fell for the trick.

The independence of Ghana began on the wrong foot, with some Nahasi, obviously influenced by the devious Tambou, refusing to attend the independence ceremony.

The first dispensation did not last long; the founding father, Kwame Nkrumah, was overthrown by the army with the help of America and Europe.

All sorts of ridiculous accusations were laid against him, including one that said his toilet seat was made of gold.

After his demise did Ghana prosper? The answer is no!

Those who gained and prospered were the ones who had ‘freed’ the golden goose (Ghana) as they ‘reclaimed’ it and its golden eggs, leaving crumbs to the ducklings.

And after this, Ghana was made to follow a narrow path that led to complete dependence on former colonisers.

Did other Nahasis learn from Ghana’s experience?

The answer, again, is an emphatic no!

As a race, we hate and don’t want to learn from the past.

What prompted me to write this particular piece is someone who called me a liar when I told him that our ancestors civilised the Tambous.

His line of defence was the history of the 18th Century when our civilisation had been totally destroyed.

That is the history the independent motherland is teaching and is displayed in all the continent’s museums. Nothing, absolutely nothing, about antiquity history when the whole planet was Nahasi.

The motherland is being fed the Tambou’s story to the detriment of the current and future youths.

Naturally, this has led to a frustrated youth of the motherland.

Many youths think that the sun that rose after independence has sunk fast, only a few decades after its rising.

The youths argue that their beginning has not been rosy as the majority of them across the continent are wallowing in poverty.

Whatever plausible explanation is given for this ‘misfortune’ is brick batted.

And this dovetails nicely with the motherland’s detractors’ narrative.

They are always trumpeting that the motherland was better off when it was colonised by them.

This is not helped by the uninformed older generation who are still nostalgic about the colonial days.

Can this ‘abject-destitution’ among the continent’s youths be overcome?

The answer is yes!

By following the tenets of our ancestors.

As early as the 15th Century, there was no poverty among the Nahasi as it was dealt with by the ‘we, us and ours’ philosophy.

Children were owned communally while individualism was shunned.

The communal approach to affairs of life has usually been mistaken for Karl Max’s communism, yet the Nahasi communism was there before Karl Marx and was influenced by its religion which never tolerated any sort of poverty.

Karl Marx, in fact, copied our ancestors’ communism and adapted it to reflect his thoughts.

If the so-called modern religion was not of a capitalist nature, it could help remove the frustration of the youths.

But this is not possible because our current religions are not spiritually-led but flesh and error-led, exerting even more pressure on the frustrated and impoverished youth by demanding tithes while quoting Malachi 3: Verse 8: “Will a man rob God? Yet ye have robbed me. But ye say, Wherein have we robbed thee? In tithes and offerings.”

Yet they conveniently ignore Deuteronomy 14: Verses 22-29: “Be sure to set aside a tenth of all that your fields produce each year. Eat the tithe of your grain, new wine and olive oil, and the firstborn of your herds and flocks in the presence of the Lord your God at the place he will choose as a dwelling for his Name, so that you may learn to revere the Lord your God always. But if that place is too distant and you have been blessed by the Lord your God and cannot carry your tithe (because the place where the Lord will choose to put his Name is so far away), then exchange your tithe for silver, and take the silver with you and go to the place the Lord your God will choose. Use the silver to buy whatever you like: cattle, sheep, wine or other fermented drink, or anything you wish. Then you and your household shall eat there in the presence of the Lord your God and rejoice. And do not neglect the Levites living in your towns, for they have no allotment or inheritance of their own.’’

Technology has not made the situation any better for the youths as they see the ‘bling’ of other youths in the so-called First World.

The unfair trade practices do not give the motherland a chance to help the youths as money borrowed to sustain our economies attract unsustainable interests that could have been used for youth projects.

Apparently we still have a long way to go with regards to spiritual growth.

The motherland inherited a system that was so flawed that even Semjaza the Devil is afraid of it. When the motherland freed herself from colonial shackles was she forced to continue using the former coloniser’s system?

This question being asked by many, but seeming to have no answer is: If 500 years ago this kind of poverty the motherland is experiencing was nowhere to be seen, how are we failing to revert to that situation again?

What will be the end result of a frustrated youth?

The answer is in the Bible – they become base.

I will quote Judges 19: Verse 22: “As they were making their hearts merry, behold, the men of the city, certain base fellows, beset the house round about, beating at the door; and they spake to the master of the house, the old man, saying, ‘Bring forth the man that came into thy house, that we may know him’.”

Where are the so-called ‘prophets’, ‘apostles’ and all those who claim to have the Spirit of Yeshua?

Can’t they see where the motherland is heading?

The ivory towers they are building for themselves, surely, do not benefit their followers in anyway.

And the irony of ironies is that we call ourselves Christians and Moslems yet we don’t see the ugly future unfolding before our own eyes.

The continent has to find its own system, not the one which has bankrupted our conscience, one whose philosophy is: ‘I, Me and Myself.’

Let’s not blame Semjaza, the devil for things that we can correct ourselves.

‘Democracy’ will never remove poverty from among us but the love of one another will and if we still stifle that love and harden our hearts we will be the first race in human history to be enslaved and colonised twice and, this time, there won’t be freedom until Yeshua returns.

Nthungo YaAfrika, aka J.L. Mtembo, is a Hamite who strongly believes in the motherland renaissance