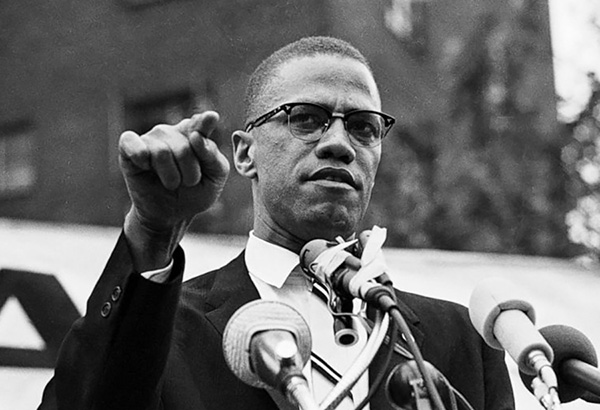 IT is my opinion that Uncle Sam conceived AFRICOM in 1957.

It’s a conclusion I reached after reading ‘Kwame Nkrumah’s Legacy’, a 25-page tribute in the New African Magazine to the iconic pan-Africanist.

The cover story by Baffour Ankomah, titled, ‘Never Again! … 40 Years After The Coup That Derailed Africa’s Progress’, was an eye-opener.

Ankomah explains how, back in December 1957, nine months after Ghana’s independence, the CIA had prepared a report on Ghana for the American government and intelligence community.

The report explicitly stated that the fortunes of Ghana — the first Tropical country to gain independence — would “…have a huge impact on the evolution of Africa and Western interests.”

It was a prediction that did not take long to come true.

Declaring Ghana’s independence on March 6 1957 and speaking without notes, Nkrumah made two historic statements: ‘’Today, there is a new African in the world, and that new African is ready to fight his own battle and show that after all the blackman is capable of managing his own affairs. We are going to demonstrate to the world, to the other nations, that young as we are, we are prepared to lay our own foundations.’’

And then, in the very next line, he delivered an even better punch: ‘’The independence of Ghana is meaningless unless it is linked up with the total liberation of Africa,’’ he thundered.

Three years later, over 20 other countries had gained independence and true to the CIA’s prediction, ‘the fortunes of Ghana’ were having ‘a huge impact on the evolution of Africa and and Western interests there’.

This sent alarm bells in Western capitals and measures were put in place to check Nkrumah and, by extension, Africa’s forward march.

In his autobiography published in 1997, Sowing the Mustard Seed, President Yoweri Museveni of Uganda, revealed that: ‘’There is new evidence to show that frustration of (Nkrumah’s African unity project) had the backing of American and British imperialism.’’

And who did they use to achieve this? African leaders themselves!

Revelations by the President Museveni were an anticlamax, 40 years after the founding fathers failed to unite the motherland, 40 years after Nkrumah was deposed from power.

When the vote to unite the motherland was raised at the Accra Summit of 1965, only one assenting hand was raised — that of Nkrumah.

The Patriot of May 6-12, Issue 543, headlined ‘AFRICOM in Zambia’ carried a most revealing story by Melinda Teya, revealing but not surprising.

The sin that all founding fathers made, including Kwame Nkrumah, was not consulting our ancestral spirits after attaining their independence.

They preferred to take their oaths to serve on the Christian Bible, the same used to colonise us.

But it is a well known fact that liberation wars were fought with the guidance of our ancestors, their wisdom was central to our victories.

However, Christian ‘leaders’ presided over inauguration ceremonies because we feared being labelled pagans and barbarians by our erstwhile colonisers.

AFRICOM, like Christianity, is a Tambou (white) project with very sinister motives.

On Page 3 is the picture of King Lobengula with Reverend Charles Helms while Page 4 carries that of Zambian President Hakainde Hichilema and AFRICOM Brigadier-General Peter Bailey.

This reminds me of what Malcolm X said to the founding fathers in 1965: “Do not free yourselves from European colonialism only to be bondaged by the Americans. We know them better than you. We have been their servants for 400 years. No-one knows the master than the servant.”

This message fell on deaf ears, so we must not be surprised by AFRICOM.

The picture on Page 2 of the May 6-12 issue shows a continent that needs spiritual healing. 22 out of 54 countries have embraced AFRICOM not by force or intimidation but purely out of self acquired voluntary ignorance.

To rub salt into the wound, stalwarts of Africa’s liberation struggle, Ghana and Tanzania, have embraced AFRICOM — what a priceless gift for the conceivers of AFRICOM.

Physically, this might seem a priceless gift but spiritually it is not, because the Positive Spiritual World can never be conquered by the physical; Cecil John Rhodes tried and failed. The spirit beings I feel sorry for are those of the founding fathers, because they will never have spiritual peace as long as the motherland is in disarray and does not have peace.

How many on the Motherland today are privy to the sordid uncivilised background of the whites?

If this sordid uncivilised background of how the whites stole everything they have from the blacks was taught from ECD to University level, no one on the motherland would strive to be white or embrace AFRICOM.

AFRICOM is pure evil and no different from the missionaries that paved way for colonisation of the continent.

‘Never again’ was never learnt because AFRICOM is now on our doorstep.

Nthungo Ya Afrika, aka J.L Mtembo is a Hamite who strongly believes in the motherland renaissance. For views and comments, email:lovemoremtutuzeli@gmail.com