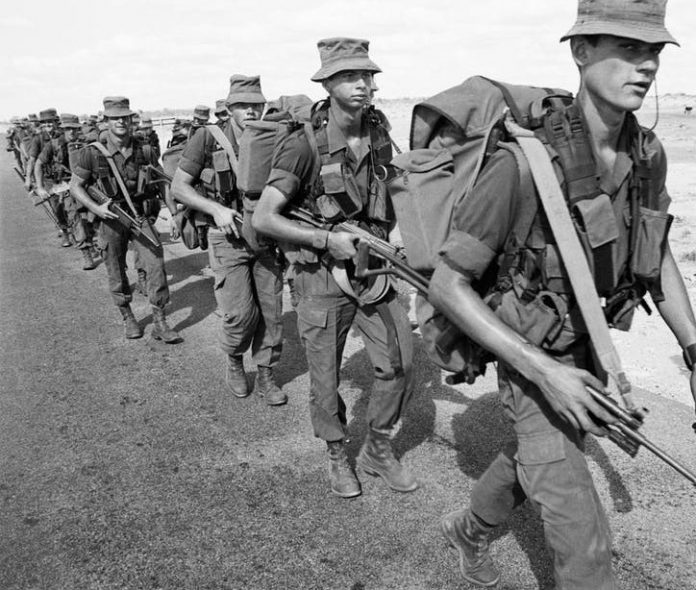 FOR a while now, I have been speaking about the economic warfare that is upon Zimbabwe and how it was designed to destroy the nation’s capacity to decolonise, rise and develop through using its own resources.

But what I haven’t stressed enough is the fact that Zimbabwe has actually been under this economic warfare from the day it attained independence — all done in an effort by Western countries to ensure that it never succeeds as an independent black nation as was the case with Haiti.

Some have even suggested that it has been under such warfare since 1890 when the Pioneer Column crossed the Zambezi and Europeans took over all factors of production from Africans, enslaving them and making them dependent on European systems, to break their ability to compete and resist European hegemony.

What is clear, however, is European nations will continue to sabotage African countries to stop them from establishing the capacity to compete with Western countries, so that they retain monopoly on controlling and processing African resources.

This is a key colonial objective that was established, firstly, by the Doctrine of Discovery (Law Of Nations) in 1452-1493 and then codified into International (Western) Law, by the Berlin Conference, for the survival of European nations or what they refer to as ‘the maintenance of their civilisation’.

All across the world, we have seen European power projected mercilessly to exploit non-white nations, and now it has been taken a notch up by the US forcefully exerting its influence on Latin America, the Caribbean, Pacific, Asia and Africa through over 900 military outposts or bases, in what has been coined #ManifestDestiny or the Monroe Doctrine.

This, was done to maintain white domination through the firm establishment of Western exploitative capitalism in the region, to ensure that white property rights in the region remained secure.

The way this worked was; apartheid South Africa would use her political, economic and military might to attack and incapacitate recently liberated African nations to ensure that they remained underdeveloped, indebted and dependent on her European-controlled economy.

The body was formed primarily to break the region’s dependency on apartheid South Africa.

Secondly, to build military co-operation between these Southern African States, to neutralize the threat of South African military hegemony on the region and, more importantly, to end apartheid and its vestiges of colonial capitalism in the region.

As a nation that had liberated itself by the gun, endowed with the most advanced economy, infrastructure, industry, military and road network in sub-Saharan Africa after South Africa, Zimbabwe was looked upon by other SADC countries as the best geared country to leverage SADC into breaking South Africa’s economic and military dominance.

Unfortunately, SADC’s goal of ending apartheid was a problem for both South Africa and the West, because apartheid capitalism contributed the highest returns to global capital.

So, safeguarding this colonial capitalist order in the region was of paramount importance for the West‘s future, which put Western interests on a collision course with SADC objectives.

It is for these reasons that Zimbabwe became a prime target for the West and apartheid South Africa.

By the time Zimbabwe got independent, South Africa had just tested its first nuclear bomb in 1979, while MPLA in Angola had been under five years of sustained attacks from US-backed South African Defence Forces.

Companies like AECI, which belonged to Anglo-America and Britain’s ICI (this is the company that manufactured the teargas used on June 16 1976), in collaboration with Canadian and American Space Research Cooperation, developed cutting edge weapons to give South Africa an edge in the Angolan war.

All the same, it did not save them the embarrassment of defeat.